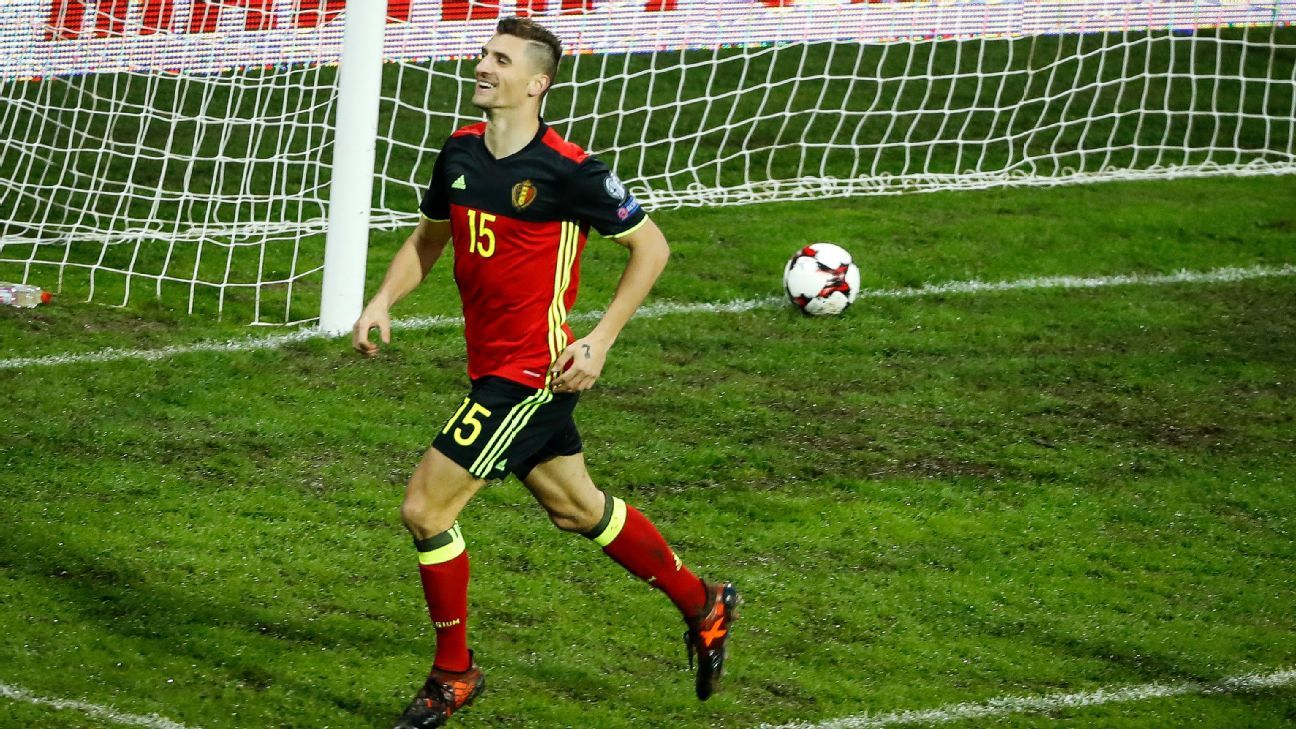 
PARIS — Paris Saint-Germain will be without right back Thomas Meunier, as well as defensive midfielder Thiago Motta and central defender Presnel Kimpembe, for the visit of Claudio Ranieri’s Nantes in Ligue 1 on Saturday.

Belgium international Meunier has failed to recover in time from a knock picked up while on international duty, while Motta is out for the foreseeable future with an operation required, and Kimpembe is suspended for picking up too many yellow cards.

“Presnel is suspended,” PSG coach Unai Emery stated at his prematch news conference on Thursday. “The internationals have returned from national team duty in good shape and we hope that will be the same for Julian [Draxler] and Thomas [Meunier] before the match.”

Draxler has proved his fitness, so is part of Emery’s 18-man squad and will likely start in midfield.

Meunier was unsuccessful, though, and has failed to recover from his knock, so the 26-year-old will likely make his return against Celtic in the Champions League next week instead.

Motta, though, may be out for some time — possibly until 2018 — after PSG and Emery revealed that and “arthroscopic cleaning” of his right knee is required.

“Since the match against Montpellier, Thiago has played and trained with pain in his knee,” Emery said. “He has seen the doctor and now we will make a decision concerning his injury.”

Asked if PSG will look to bring in a replacement in January for the injured Motta, Emery said: “When he plays, Thiago is powerful. We are going to wait. He might not be able to play but others are waiting for their turn — we have 10 games over 33 days coming up.

“We will see at a later date for the transfer window. The club is focusing on the present and the future, I am only looking at the present.”

However, according to a source close to PSG, the signing of Fluminense midfielder Wendel for €10 million on a five-year contract is almost done.

Everton are top of the Premier League and primed to end decade of derby futility vs. Liverpool
Real Madrid lead Barcelona in pursuit of PSG’s Kylian Mbappe
Manchester United’s Harry Maguire brushes off talk of club crisis
Tottenham’s squad on Gareth Bale’s first debut in 2007: Where are they now?
Lampard hints frustration at Chelsea’s goalkeeper errors