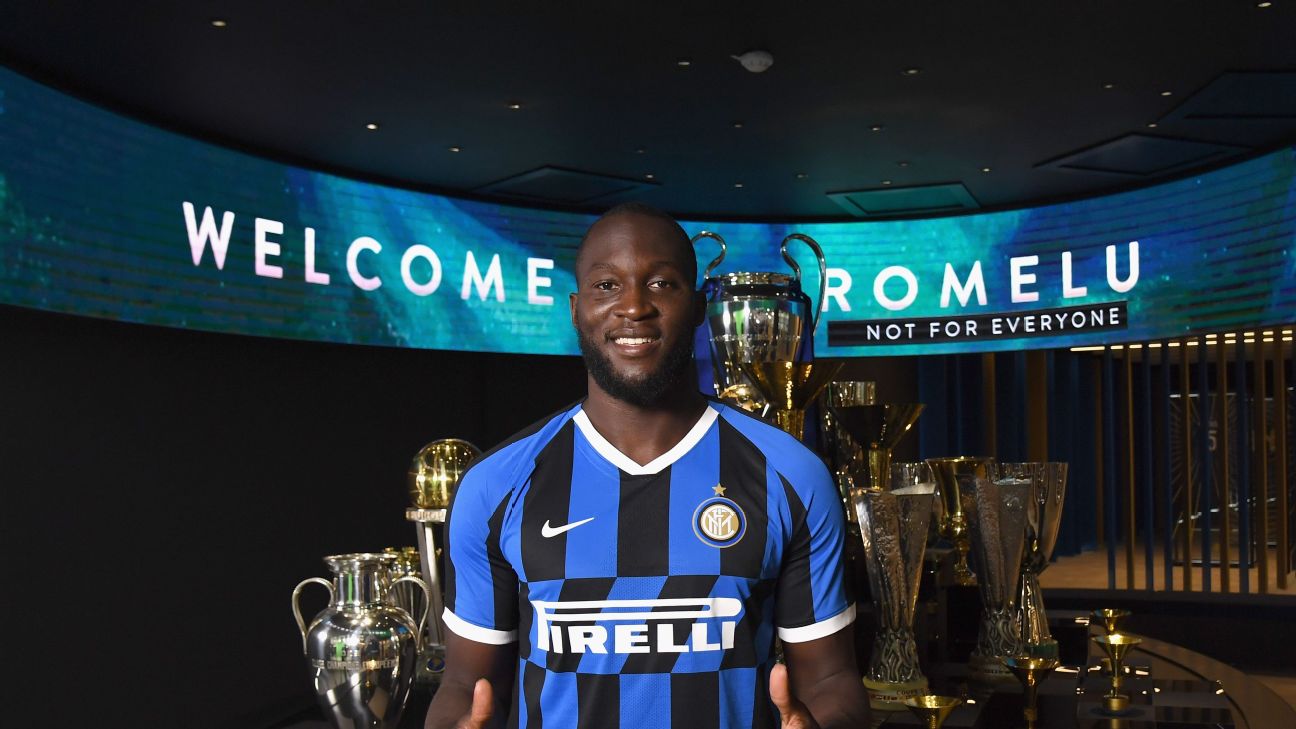 
The transfer window for Europe’s major leagues is closed for the summer but who did well? And which clubs failed to make the deals they wanted?

We can take one thing from Inter Milan’s summer transfer strategy: They are deadly serious about ending their decadelong wait for a Scudetto.

It was a bold enough move to enlist Antonio Conte, such a success with serial champions Juventus, as manager, but their on-field activity has made a statement too. Romelu Lukaku has his doubters, but the bare fact is that the €80m striker is one of the best, most prolific centre-forwards around. Few centre-backs have shut down Champions League attacks as resolutely as Diego Godin over the past decade, while the exciting midfielders Stefano Sensi and Nicolo Barella should push on after joining from Sassuolo and Cagliari.

And then what about Alexis Sanchez? The on-loan forward, who turns 31 in December, was a flop at Manchester United, and his rumbustious, all-action best days seem to be beyond him — but Conte could be the man to get a tune out of him again. It also seems a bonus, on the face of things, that the Mauro Icardi soap opera has rolled out of town and joined Paris Saint-Germain.

No Antoine Griezmann? No problem! The manner of their star forward’s €120m departure for Barcelona may have rankled, but in truth Atletico were due a refresh in any case and they appear to have reinvested superbly.

With the likes of Rodri and Lucas Hernandez also leaving, Atleti brought in around €300m in transfer fees and may well be stronger for the way they have spent it. Splashing €126m on one 19-year-old in Joao Felix, they have a forward almost a decade younger than Griezmann who seems set to be a global star.

Kieran Trippier is a canny signing from Spurs, and the centre-back Marco Hermoso, signed from Espanyol, looks a good replacement for Diego Godin. The Uruguayan veteran is among those whose experience may be missed when the Champions League’s business end comes around but, judging by their flying start to the La Liga season, Atletico seem to have managed this summer’s regeneration astutely.

Their arrivals have not made flashy headlines, but RB Leipzig have quietly assembled a top-level squad that can challenge all the way for the Bundesliga title. Having an outstanding new manager, Julian Nagelsmann, in situ helps, but his five major signings all add quality in important areas.

Hannes Wolf and Christopher Nkunku are gifted young midfielders from Red Bull Salzburg and PSG respectively; Ademola Lookman knows the ropes having previously been on loan from Everton and can operate across the front line; Patrick Schick offers another dimension up front, and Ethan Ampadu is one of Chelsea’s most exciting young prospects.

Leipzig have bolstered an already decent squad and give Nagelsmann the chance to rotate and keep key players fresh. The signs are that they may be able to last the course this time around; three straight league wins and a kind Champions League group certainly set them up well.

They have kept Neymar and added further firepower in Icardi, so what’s not to like about the Ligue 1 champions’ window? Mainly the fact that their balance still seems all wrong and that the time would have been right to pursue a new model where slow, organic improvement rather than Hollywood glamour was the norm.

Tough tackling midfielder Idrissa Gueye is at least a good signing while Pablo Sarabia and Keylor Navas have the solid profile PSG should be pursuing — but Icardi brings a significant degree of baggage while Neymar’s ego presents a sideshow that Thomas Tuchel could do without.

How Tuchel manages the personalities at his disposal will define PSG’s campaign; the nagging worry is that clear lessons have still not been learned.

The Bundesliga side played some thrilling football last season and were agonisingly close to reaching the Europa League final — not to mention a Champions League spot that ultimately slipped from their grasp. But much of that came through the brilliance of their front three — Luka Jovic, Sebastien Haller and Ante Rebic — and none of them will be on show at Commerzbank-Arena over the coming campaign.

Those players will represent Real Madrid, West Ham and AC Milan respectively, the latter being confirmed when Rebic joined AC Milan in a season-long loan late on Tuesday. Eintracht have received more than €100m in return but it is impossible not to feel that a golden chance to establish themselves among Germany’s front runners has gone begging.

Andre Silva, Bas Dost and the exciting Red Star Belgrade forward Dejan Joveljic go some way towards filling the gap they have left, but the drop-off in firepower is stark and Eintracht — who face Arsenal in the Europa League group stages — may well count the cost.

While Roma are not the only Serie A side to have plundered an array of Premier League offcuts over the transfer window, their late trolley dash smelt of desperation and, critically, a lack of imagination.

Man United’s Chris Smalling and Arsenal’s Henrikh Mkhitaryan are hardly signings for the future and the latter has been on a downward spiral ever since leaving Borussia Dortmund. At 30, he is unlikely to recapture past glories.

Nikola Kalinic, now 31, was a success story with Fiorentina but has endured a fallow three years and seems little more than ballast for Paulo Fonseca’s squad. Fonseca himself should be a good signing having enjoyed a highly promising stint at Shakhtar Donetsk, but his squad looks like a hastily assembled mish-mash that will do well to return to the Champions League spots and will surely miss defensive lynchpin Kostas Manolas, who was sold to Juventus.