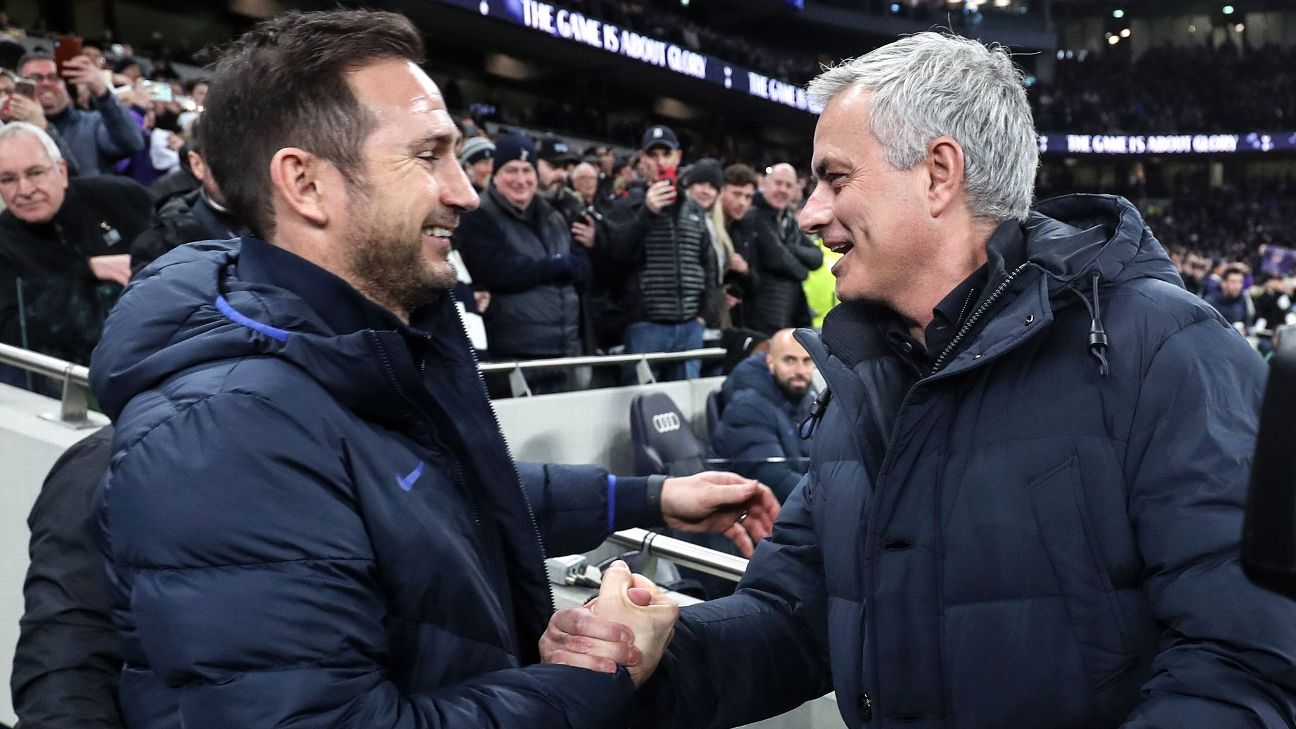 The Premier League is back at it after some notable midweek European action. Here’s what to look out for:

JUMP TO: Leicester beat City with no Ndidi? | Arsenal finding stride | Angry Alli must move on | Game to watch | Team that needs luck | One thing that will happen | Predictions

For two teams who go into the weekend technically in the Champions League places (if you take into account Man City’s ban next year), neither Chelsea nor Tottenham is in particularly good shape. In the blue corner we have Frank Lampard’s side, in rotten form having collected only 15 points from their past 14 games. Also their top scorer, Tammy Abraham, is out; N’Golo Kante will be struggling; neither of their goalkeeping options inspires confidence; and there is a general malaise around the side at the moment. You wonder whether, if their manager wasn’t Lampard, he would still be in a job.

And in the white corner there’s Tottenham, without their two most/only potent attacking forces in Harry Kane and Son Heung-Min, possibly for the rest of the season, and with a manager who will use that as a reason to play despairingly unambitious football. Jose Mourinho spent most of his postmatch media duties following their 1-0 Champions League defeat to RB Leipzig complaining about the physical state of his squad, which, while the situation is not ideal, got tiresome after a while.

All of which adds up to a pair of teams who are not in a good moment. This could be a tense, grim, but nonetheless fascinating encounter between two of the teams looking to take advantage of City’s suspension from the Champions League.

How will Leicester solve the Ndidi problem?

Leicester being without Wilfred Ndidi is a problem at the best of times for Brendan Rodgers, but when they’re playing Manchester City, it becomes all the more acute. Defensive midfielder Ndidi has been out for nearly two months now, save for an abortive comeback in the Carabao Cup semifinal, but the real kicker for Leicester is that his two obvious replacements, Hamza Choudhury and Nampalys Mendy, are both absent too.

There are a number of temporary solutions that Rodgers could call upon, from dropping Youri Tielemans deep, to trying Dennis Praet at the base of his usual midfield, to changing his system entirely, but against a City team likely to include the relentless Kevin De Bruyne, he’d better make his selection carefully.

Will Arsenal continue their good run?

The win finally came last weekend as Arsenal beat Newcastle 4-0 after a load of draws under Mikel Arteta, and they backed that up by beating Olympiakos 1-0 in the Europa League on Thursday. Perhaps most importantly, they’ve now kept three clean sheets in a row, unheard of parsimony at the Emirates in recent times, which shows a broader structural solidity in Arteta’s Arsenal than what came before.

Suddenly, the Champions League looks in range, the Gunners sitting six points back from fifth place, and they could overtake a potential rival for that spot by beating Everton on Sunday. Perhaps the Arteta revolution really is underway.

It’s not necessarily a sign that all isn’t well when a player reacts to being substituted with some vexation. Alli threw a water bottle to the ground and used some spicy language after coming off against Leipzig, which Mourinho declared was more frustration at his own performance than about being withdrawn, before unhelpfully adding that Spurs looked better without Alli.

The trouble is that Alli is the most plausible candidate to solve the club’s attacking issues; theoretically the player most able to do a passable impression of a centre-forward without Kane or Son around. But after a bright start under Mourinho, Alli’s form has drifted away in recent weeks, looking more like the brother that Mourinho referenced in his early days. Spurs need the real Alli to step up now more than ever.

THE GAME YOU’RE NOT PLANNING TO WATCH…BUT SHOULD

Most neutrals watch the Premier League for the sense of competition, so on that basis nobody would blame you if you gave Liverpool’s ‘lesser’ games a miss for the remainder of the season. There’s no peril left in the title race and the only thing that remains to be confirmed is when Liverpool will confirm their first league win in 30 years, thus it would be tempting not to bother with games like this one against West Ham.

But we should be aware of what we’re witnessing here: domination on an unprecedented scale, Liverpool truly laying waste to the rest of the Premier League, and we should at least be sure to drink that in as much as possible. You might not like how one-sided this season has become, and you might not even like Liverpool, but you must admire them and we would encourage you to admire them as much as possible over the next 12 games.

THE TEAM THAT NEEDS A BIT OF LUCK

The redemption story of Southampton recovering from that 9-0 thrashing by Leicester will be one of the better ones told this season, but one aspect that they still need to address is their home form. Nobody has collected fewer points than Southampton’s 11 on their own patch this season, only winning three games at St Mary’s and losing eight. Not all of the defeats have been as painful as the 9-0, but Ralph Hasenhuttl is very much aware that their home record needs to improve.

There are good reasons for this, not least that Southampton are a relatively reactive side and can often play like an away side when they’re at home, but while they’re edging further from relegation, a little relief for their home supporters would be gratefully received.

There are loads of ways to find entertainment in south London on a Saturday, so if you’re in the area this weekend and are looking for some diversion, maybe give Selhurst Park a swerve. For there meet two of the lowest-scoring teams in the Premier League, Crystal Palace being the most goal-shy with 23 and Newcastle just one above them with 24 strikes to their name this season.

Football is technically a form of public entertainment, but anyone attending this one would be within their rights to challenge that description.