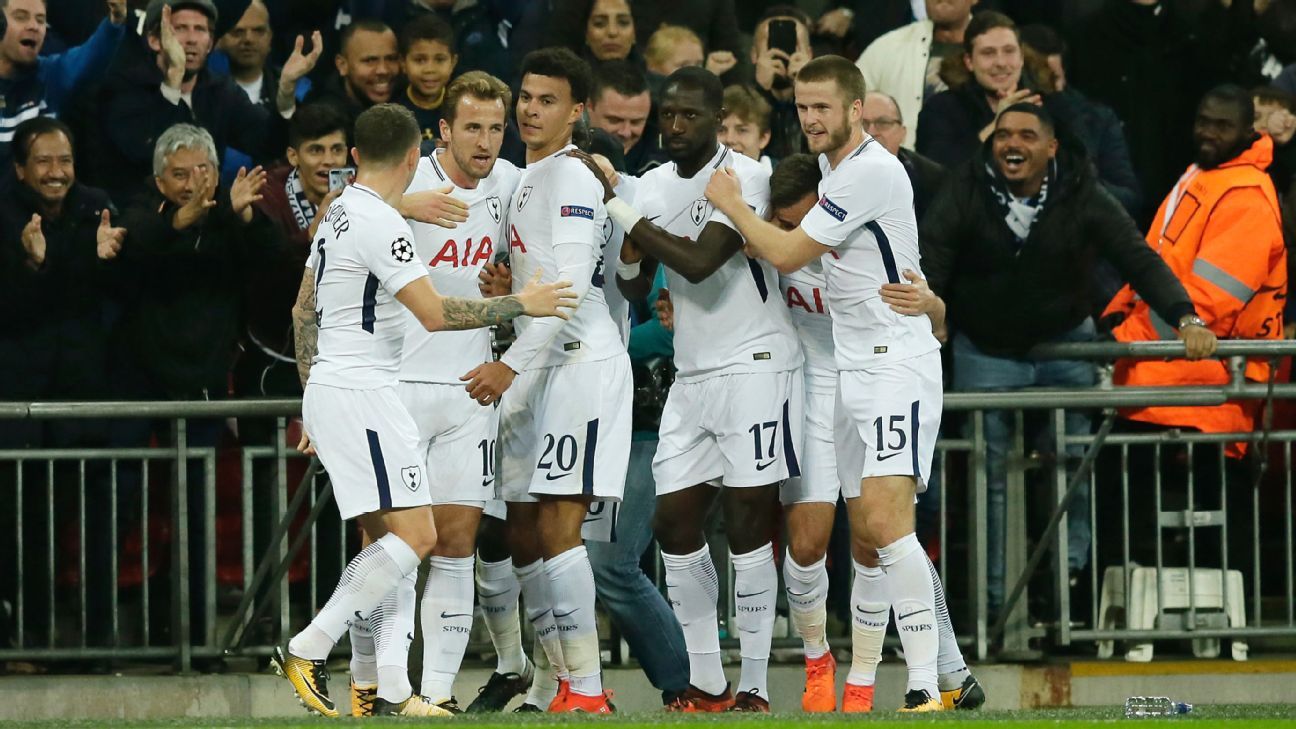 
As Tottenham fans “Ole‘d” every pass, revelling in Real Madrid’s humiliation, thoughts drifted back to the last time Spurs had hosted the European champions. White Hart Lane rather than Wembley was the setting for Inter Milan’s visit in November 2010 but then, just as now, Spurs sent a message to Europe with a seismic 3-1 win. Then, it was Gareth Bale and Luka Modric, now of Real, who came of age and on Wednesday it was Dele Alli, Eric Dier, Kieran Trippier & Co.

The win over Inter was Tottenham’s first memorable night in Europe for decades and there will never be anything quite like Bale’s destruction of Maicon, even if Trippier gave it a go against Marcelo.

Like Real, Inter were the domestic, European and world champions but they had already lost treble-winning coach Jose Mourinho and they were a force in decline. They have not won a trophy since. Real are unlikely to fade in the same way and Tottenham’s triumph feels like a more significant result, which will go down as one of the best European nights in the club’s history.

Of late, there has been scarce competition. After winning the UEFA Cup in 1984, Spurs competed in just seven European campaigns until Harry Redknapp led them into the Champions League for the first time. In those wilderness years, there was no occasion for the ages, and the most memorable night might be the 2-1 defeat to Getafe in October 2007, when news that manager Martin Jol had been sacked spread around White Hart Lane at half-time.

Between Spurs’ first foray into the Champions League and last season’s inglorious return under Mauricio Pochettino, there was also nothing to celebrate over five consecutive seasons of Europa League football that have blended into one gruelling Thursday night, come-from-behind win. For supporters, the names of Spurs’ opponents must seem both alien and oddly familiar: Rubin Kazan, Maribor, Anzhi Makhachkala, Sheriff Tiraspol, Tromso, AEL Limassol, Qarabag.

What a contrast to the 1984 UEFA Cup final second leg against Anderlecht — for many players involved, the greatest-ever night at White Hart Lane. Gary Mabbutt made over 550 appearances for Spurs but the spine-tingling atmosphere when they beat the Belgians on penalties will always stand out. For Ossie Ardiles, it is also the most memorable.

Spurs’ other UEFA Cup win, away at Wolverhampton in 1972, and the two-legged semifinal against AC Milan are also among the club’s glory nights, while Cliff Jones — part of the 1961 double-winning side — will never forget a remarkable victory over Polish side Gornik Zagreb in 1961, when Spurs recovered from 4-0 down to win the second leg 6-1 at home.

Jones was also part of the team that thrashed Atletico Madrid 5-1 in Rotterdam in the 1963 Cup Winners’ Cup final, when Jimmy Greaves scored twice as Bill Nicholson’s Tottenham became the first British club to win a European trophy.

Most of those famous nights ended with silverware, whereas Spurs earned nothing but respect against Real. But in many cases, those trophies were also the end of something.

The 1984 UEFA Cup final was Keith Burkinshaw’s last game as a manager and the club went into steep decline after his departure. The 1963 Cup Winners’ Cup also signalled a hiatus in Spurs’ trophy-laded dominance under Nicholson, although they won the FA Cup in 1967.

Back in October 2010, the win over Inter promised to be the start of something, even if Redknapp’s tenure always felt more febrile and fleeting than Pochettino’s project. Spurs did go on to beat AC Milan in the Champions League round of 16 — both legs also go down among the club’s great European nights — but Redknapp’s team was broken up soon after and Spurs slipped away again. The Inter victory was not the end of an era but it was the high-water mark.

The win against Real Madrid has instantly commanded a place among the club’s “Glory, Glory nights” and it will always be remembered as a standalone game, the evening when Spurs humbled the European champions and made Wembley feel like home.

But over time, it will be all the more significant if it proves to be not an end but the beginning. Pochettino has targeted trophies and even promised to turn Spurs into one of the biggest clubs in the world.

That kind of claim is always treated with scepticism at Tottenham, where they are used to false dawns, but one of their greatest ever European nights has made their manager look more like a visionary than a dreamer.

Lampard hints frustration at Chelsea’s goalkeeper errors
PSG’s Mbappe intrigued by Liverpool move ahead of Real, Barcelona
How a European Super League could happen and spell doom for the Champions League
Liverpool’s Champions League win over Ajax steadied Klopp’s side after a rocky week
Real Madrid, Barcelona edge in on Manchester United’s Fernandes