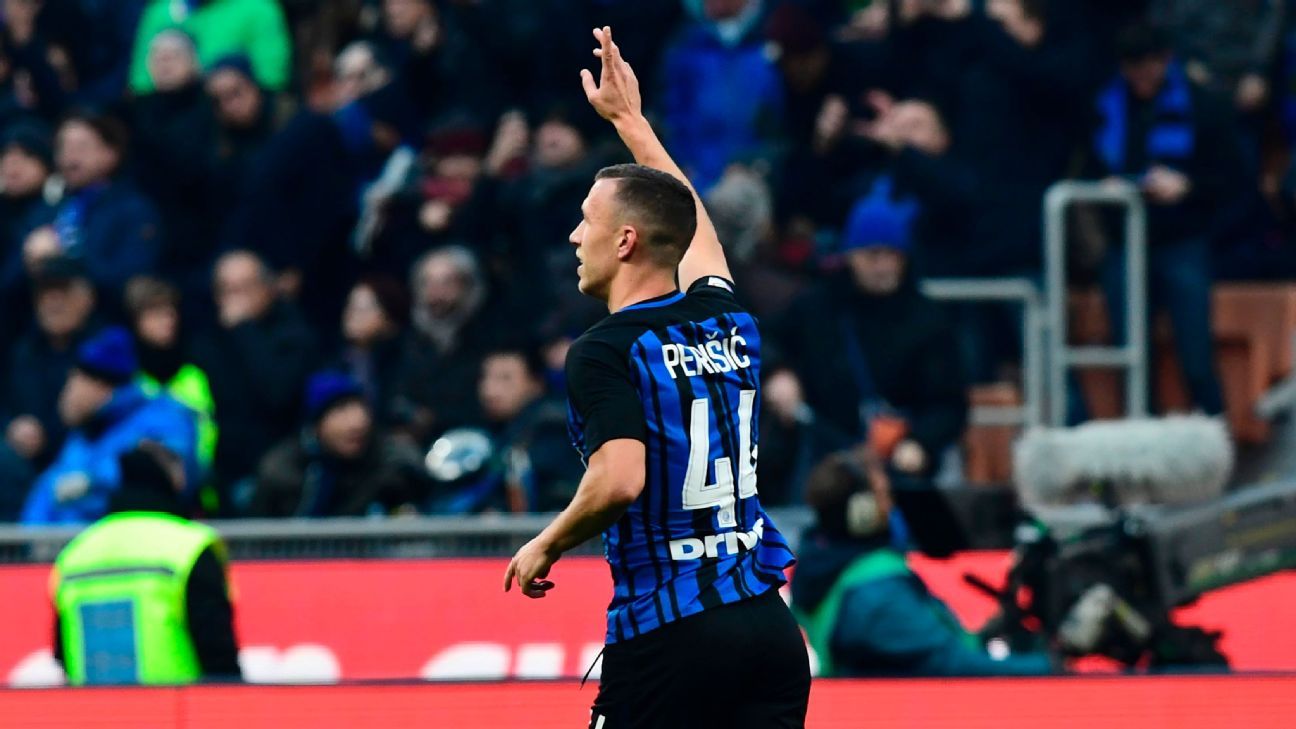 
Inter Milan moved a point clear at the top as an Ivan Perisic hat trick helped them to a 5-0 home thrashing of Chievo.

Mauro Icardi and Milan Skriniar were also on target for Inter, who took full advantage of Napoli’s defeat to Juventus on Friday.

Perisic opened the scoring when his attempt was fumbled over the line by the goalkeeper, with Icardi thumping his side’s second before Perisic finished off a fine run to add another.

Skriniar then made it 4-0 before Perisic completed his hat trick in stoppage time as Inter strolled to another three points.

Benevento goalkeeper Alberto Brignoli scored a 95th-minute equaliser against AC Milan to earn his side’s first point of the season in a 2-2 draw and deny Gennaro Gattuso a perfect start in his first game as the new Milan coach.

Brignoli headed home a free kick to provide the most dramatic of finishes to a game that had seemed likely to see Milan battle their way to three points.

Giacomo Bonaventura put Milan ahead after 38 mintes, only for rock-bottom Benevento to level through George Puscas after 50 minutes.

Seven minutes later, Nikola Kalinic scored what looked likely to be the winner even after Milan went down to 10 men following the 76th-minute dismissal of Alessio Romagnoli. But then Brignoli produced his moment of magic to leave Gattuso frustrated.

Fiorentina moved ahead of Milan and into seventh place with a 3-0 home win over Sassuolo.

Giovanni Simeone, Jordan Veretout and Federico Chiesa got the goals for the Viola.

Mattia Destro scored a late equaliser for Bologna to cancel out Joao Pedro’s opener in a 1-1 draw with Cagliari.