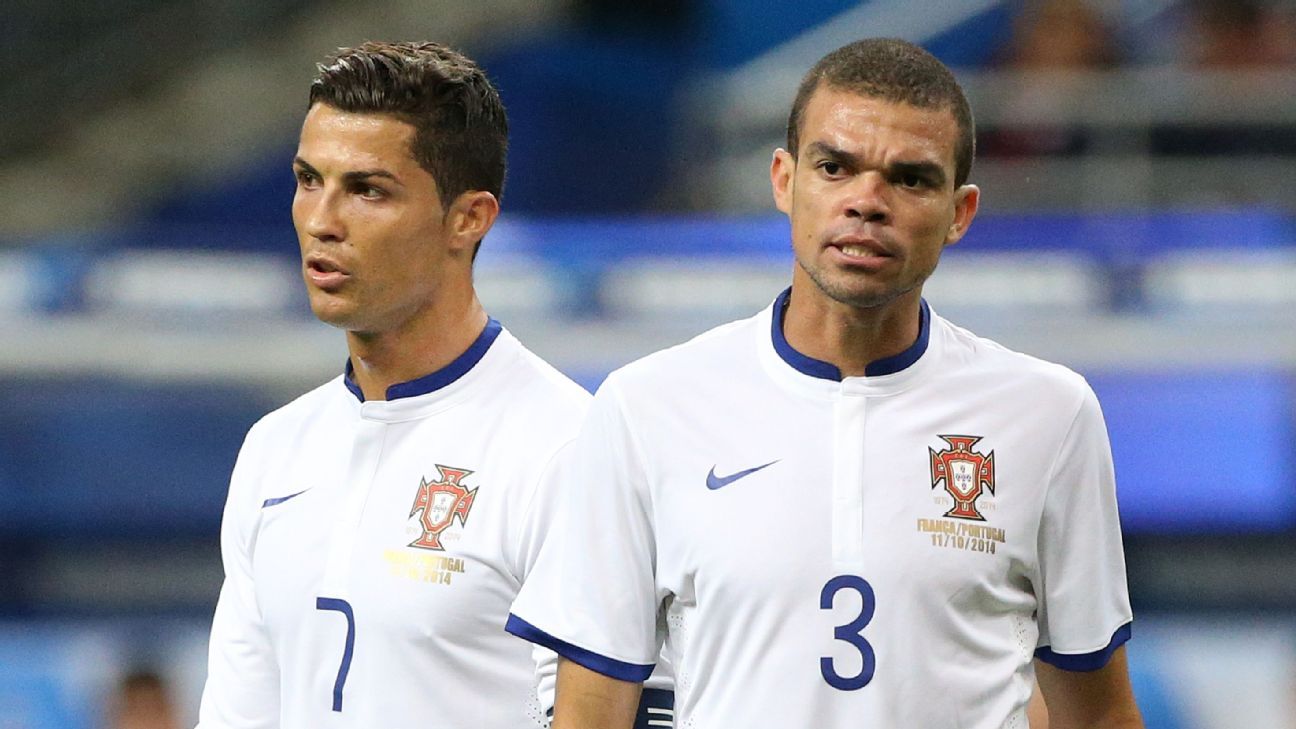 
Former Real Madrid defender Pepe has told CNN World Sport that he would love his former teammate Cristiano Ronaldo to join him at Besiktas.

Pepe, 34, left Madrid last summer after a decade with the club, during which he won La Liga three times, the Champions League three times and the Copa del Rey twice.

Ronaldo was alongside him at Madrid for eight of those seasons — but the 32-year-old’s long-term future remains in doubt amid reports that he feels undervalued by hierarchy.

With Besiktas close to sealing a place in the Champions League round-of-16, Pepe said that Ronaldo was the one player he would like to join him at the Istanbul club.

“If I could choose and if it were possible, of course I would like for Cristiano [Ronaldo] to come here,” he said. “He’s a person for whom I have maximum respect.”

Since arriving in Turkey, Pepe has regularly praised his new club’s fans, drawing some protest from supporters back in Madrid.

Although linked with a host of clubs including Manchester United and Paris Saint-Germain last summer, he said he had been drawn to Besiktas by the affection shown by their fans even before he had joined.

“I had many offers from many big, important European clubs,” he said. “When Besiktas came to me with their offer and their project — it grabbed my attention. Many people sending me messages on social media, to my wife as well and those around me.

“I couldn’t turn my back on all this affection. I spent a lot of time in Spain and Portugal as well… But here it’s like nothing I’ve experienced before. Here, Turkish people live football. Football is a passion of theirs. They demonstrate it with love and affection for their team.”

Ronaldo recently welcomed his fourth child, and first with current partner Georgina Rodriguez, then told L’Equipe he would like to have three more as family was so important to him.

Pepe said that his countryman was more normal than people think.

“Off the pitch, Cristiano is an extremely normal person,” he said. “People talk without knowing the real Cristiano. He’s a normal person with normal habits like us… He’s demonstrated that he’s a good father and he also has a lot of time for his sons.

“He stresses the importance of being a father which I think is important. He’s does this perfectly and naturally.”

Phoenix Rising coach Rick Schantz returns from administrative leave
Barcelona and Real Madrid have their issues, but who needs to win El Clasico more?
Lionel Messi made his Barcelona debut 16 years ago today. A lot has happened since then
Liverpool’s Van Dijk to see injury specialist amid fears of cruciate knee ligament damage
Rashford, Fernandes both 9/10 as Man United pour on the style late