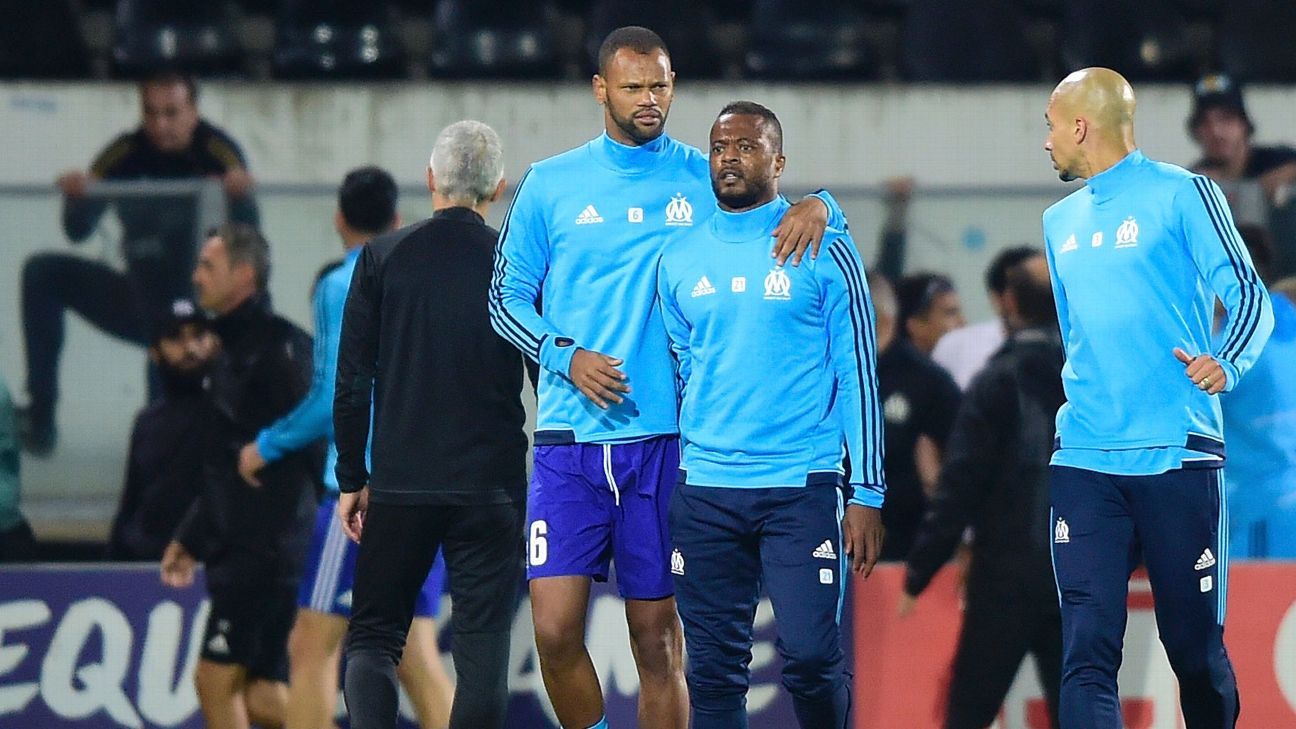 
Patrice Evra has vowed to “come back stronger [than] ever” after he was banned, fined and sacked for kicking a fan ahead of Marseille’s Europa League tie at Guimaraes earlier this month.

Since his ban only applies to UEFA club competitions, Evra could still play in a domestic league, and the former Manchester United man said in a video post on his Instagram page that he remained positive about his future.

“What a day,” he said. “You know guys, it’s Monday, so happy Monday. Sometimes life, you know, you can feel it’s really heavy but you always have to keep smiling and of course keep loving this game.

“I swear to God I will come back stronger as ever. Always positive energy. Don’t be lazy. I don’t know what you are doing right now, but me, I am pushing a car because I want to be better and better than I was before.

“He knows he’s made a mistake, but his career does not end here,” Pastorello told La Gazzetta dello Sport. “He doesn’t want it to end like this. Physically, he’s in better shape now than he was five or six years ago and many clubs have already made enquiries.”

Evra has been linked with a move to Napoli, who have recently lost their regular left-back Faouzi Ghoulam to a knee ligament injury, but Pastorello says a move back to Italy for the former Juventus player is unlikely.

“Patrice cannot see himself playing in Serie A again after his years at Juventus,” he added. “We’re not excluding anything, not even the Azzurri [Napoli], but I think that would be complicated.”

He had played in just four of Marseille’s Ligue 1 games this season before initially being suspended and then sacked for misconduct.