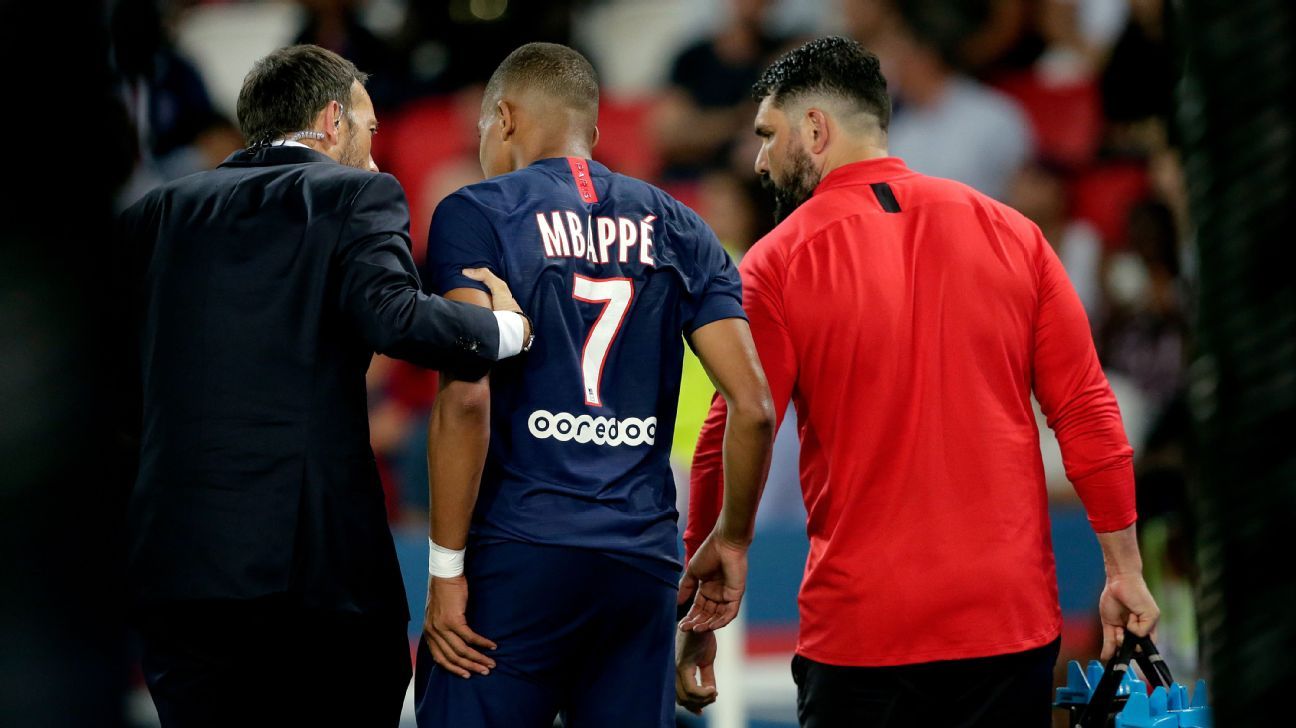 
Muscular injuries for both Edinson Cavani and Kylian Mbappe took some of the gloss of Paris Saint-Germain’s 4-0 win over Toulouse in their Ligue 1 match on Sunday.

Eric Maxim Choupo-Moting scored a second-half brace, including a sublime solo goal, as titleholders PSG bounced back from their 2-1 defeat against Rennes the week before.

Cameroon international Choupo-Moting, who came in for Cavani, danced through the Toulouse defence to break the deadlock in the 50th minute and an unlucky own goal by Matthieu Goncalves gifted PSG their second five minutes later.

Angel Di Maria saw a penalty saved by Baptiste Reynet before Choupo-Moting added the third in the 75th minute and Marquinhos completed the scoring.

Mbappe exited Parc des Princes on crutches and will undergo further tests, with PSG manager Thomas Tuchel telling Canal+ after the match that the injuries were “muscular.”