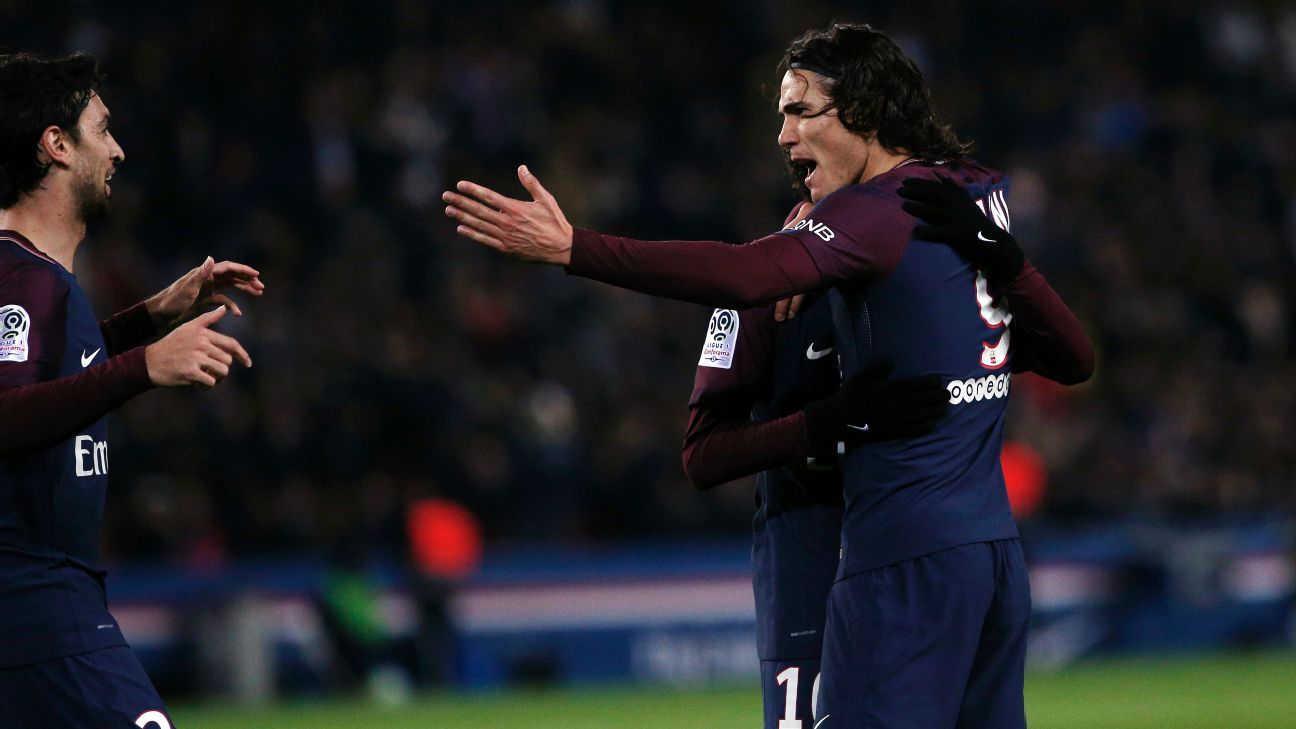 
Edinson Cavani maintained his prolific goalscoring form with two more as Paris St Germain beat Nantes 4-1 to extend their lead at the top of Ligue 1.

Cavani broke the deadlock late in the first half and struck again in the second, either side of efforts from Angel Di Maria and Javier Pastore as PSG moved six points clear of closest rivals Monaco.

Prejuce Nakoulma replied for Nantes on the hour mark, but there appears to be no stopping Unai Emery’s side as they stretched their unbeaten league start to 13 matches.

Uruguay international Cavani has scored 19 goals in 16 appearances in all competitions for PSG this season.

He opened the scoring seven minutes before the interval, finishing low into the bottom corner from inside the penalty area after being set up by Pastore.

Di Maria netted a brilliant second goal for PSG four minutes later when he struck from an unlikely angle outside the area following a corner.

The Argentinian was denied a second by Ciprian Tatarusanu’s fine save early in the second half before Nakoulma’s close-range finish reduced the deficit for Nantes.

PSG regained their two-goal advantage five minutes later when Pastore rifled a shot into the top corner from the right edge of the area.

Further pressure from the home side was rewarded in the 79th minute when Cavani grabbed his second, applying another emphatic finish from inside the area to wrap up another comfortable win for his side.

Cavani went close to his hat-trick when forcing Tatarusanu into another excellent save three minutes later and Neymar was inches away from adding a fifth goal with an angled shot from the edge of the area.

Although a fifth goal eluded them, PSG have scored 17 goals and conceded just one in their last four matches in all competitions.