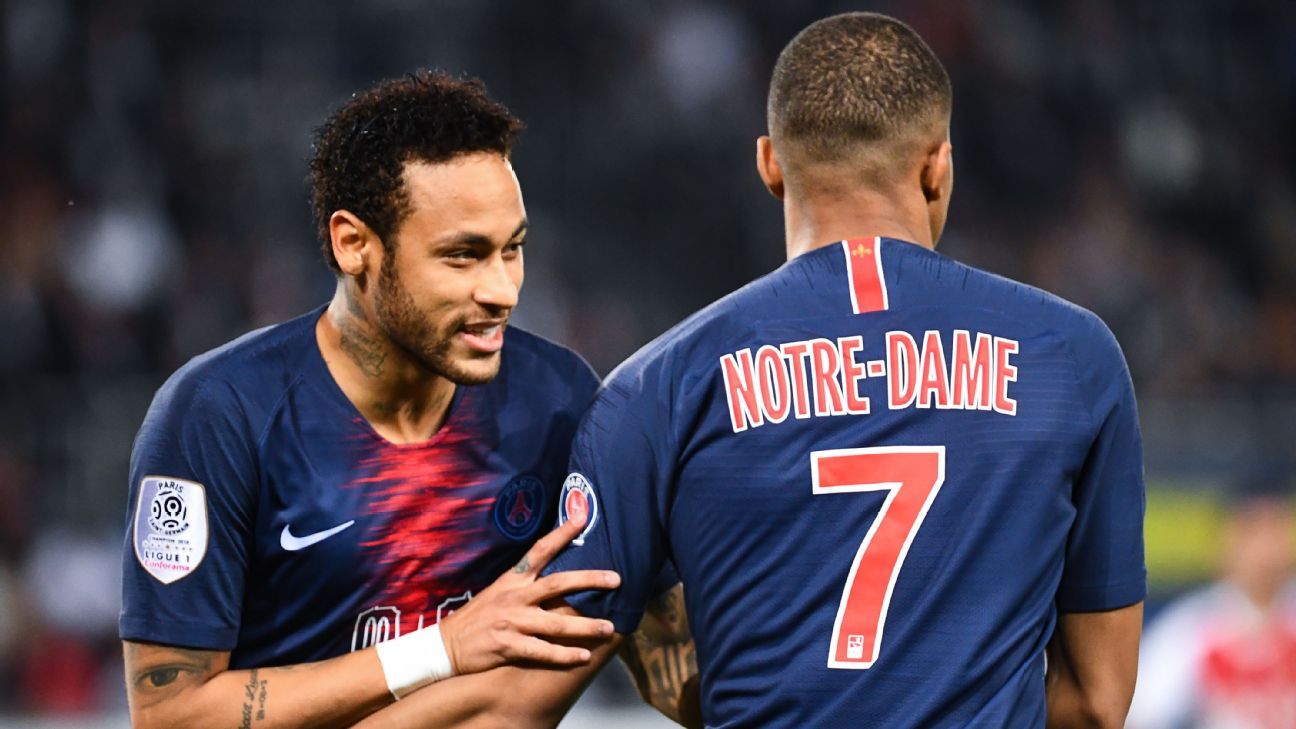 Neymar returned to action for Paris Saint-Germain in a 3-1 win against Monaco on the day the capital club secured the Ligue 1 title.

Kylian Mbappe scored twice before half-time — his first goals against his former team — to set the hosts on their way, before Neymar returned to the pitch for the first time since Jan. 23 after suffering a foot injury that kept him out of the business end of PSG’s season.

PSG, whose players had the words “Notre-Dame” written on their shirts and a picture of the national cathedral on the front after a fire ripped through it on Monday, already had their eighth Ligue 1 title in hand without kicking a ball on Sunday after second-placed Lille were held to a goalless draw at Toulouse.

Mbappe continued his stellar form this season, netting a third after the break for his 30th of the season, to put the match far out of reach for Monaco despite Aleksandr Golovin pulling one back for the visitors.

Following the match, Mbappe played down rumours he might leave the club for Real Madrid after Zinedine Zidane took over for his second stint as manager at the Bernabeu.

“I am here, and I am invested in the PSG project,” said Mbappe. “[Zinedine] Zidane’s return to Real Madrid? Good for them if Zizou is back — I will tune in to their matches as an admirer.”

Meanwhile, Edinson Cavani — who made his full comeback from a lengthy injury layoff during the second half — insisted that he is happy to see out his final year of contract in the French capital.

“I am under contract here for another year,” the Uruguay international said. “I am good here, calm, and very happy with the team, as well as the supporters. That said, you never know in football.”

PSG are on course for a domestic double as they face Stade Rennais in the French Cup final next Saturday, but having spent over €1 billion on players since Qatar Sports Investment (QSI) took over the club in 2011, including the likes of Thiago Silva, Zlatan Ibrahimovic, Edinson Cavani, Neymar and Mbappe, PSG have not got past the quarterfinals of Europe’s elite club competition since 1995.

In the last three seasons they have gone out in the last 16 after squandering a four-goal lead against Barcelona in 2017 and a two-goal away advantage against Manchester United this year.

“The Champions League is a big goal for the club but even Juventus have been waiting for it for so long,” warned Tuchel, referring to the Serie A champions who have not won since 1996 despite reaching the final on five occasions since then.

“We have another title to get. Even if we expected more from the Champions League, we must stay focused.”