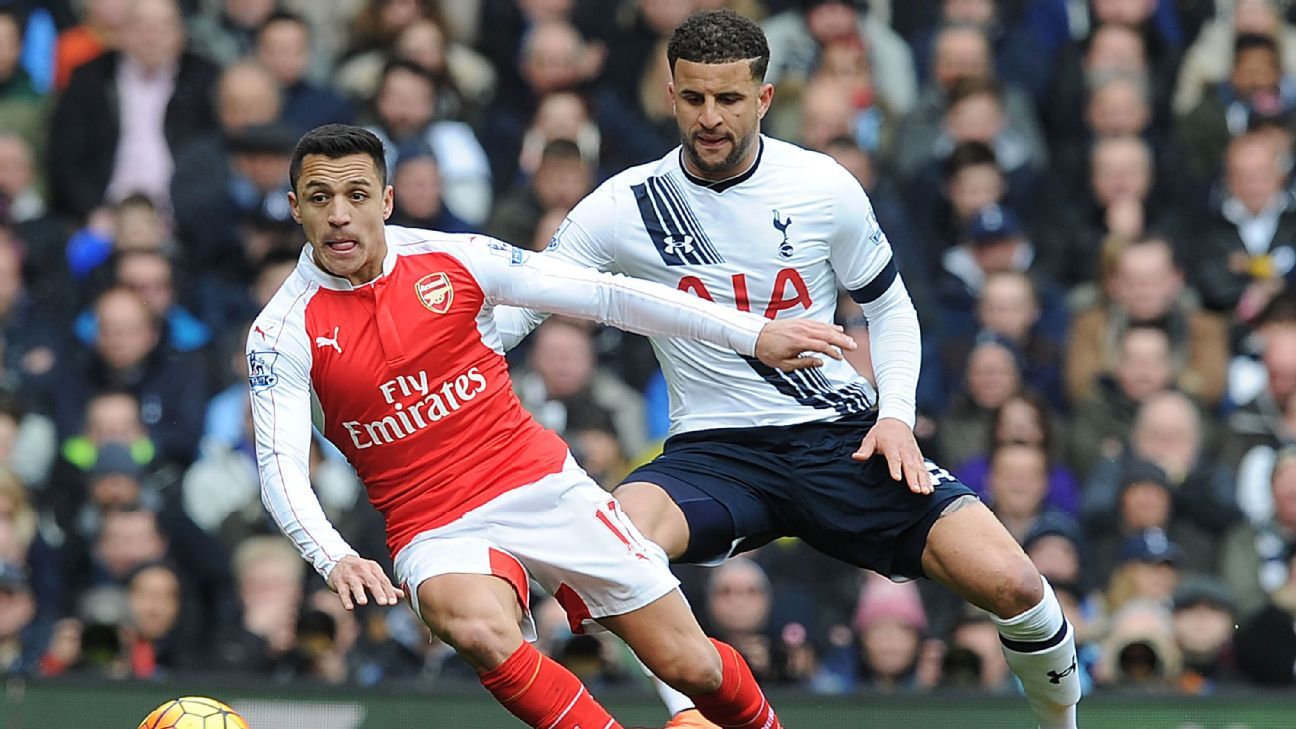 Will Arsenal stay looking up to Tottenham?

Grudging Arsenal fans may point to their rivals’ lack of a trophy during the period, but the balance of power in North London has swung between their club to Tottenham Hotspur. In the last three seasons, Arsenal have won just once against Mauricio Pochettino’s men, a 2-1 League Cup win in Sept. 2015. Tottenham have won twice, with games between the clubs usually being close, with four draws over that period.

For the first time in 21 years in charge, Arsene Wenger finds himself opposing a Tottenham manager who may have his measure. Arsenal stole ahead of Spurs on the final day to finish second in 2015-16 but last season, they finished three places and 11 points behind Pochettino’s runners-up. And in each of those campaigns, Tottenham were the only credible challengers to eventual champions Leicester and Chelsea. Going into Saturday’s match, their 184th derby meeting, Tottenham are three places and four points ahead in third.

Wenger is the fading force clinging on to his empire, and three FA Cups in four years has not been enough to shake a sense of decline. Pochettino meanwhile is, like Wenger once was, celebrated as a manager whose bright ideas have galvanised a club and made it a model for others to follow. Tottenham are bringing through young players in a manner that Wenger once hoped to. There is something of a younger Jack Wilshere in the performances this season of Harry Winks, for example.

And with Harry Kane, Dele Alli and Christian Eriksen around, Tottenham are the superior attacking force, despite Arsenal boasting an attack that includes Mesut Ozil, Alexis Sanchez and Alexandre Lacazette, costing a combined £127 million, as opposed to the £16m it cost to add Alli and Eriksen to Kane.

A Tottenham win at the Emirates would only further the superiority/inferiority complex, though an away Spurs win last happened back in 2010, when Gareth Bale was the inspiration of a 3-2 win.

They wouldn’t admit it, but Jose Mourinho and Rafa Benitez are managers inextricably linked. Both have managed Inter Milan, Chelsea and Real Madrid, but it is their running battles of a decade ago or so that bond them together. Newcastle’s trip to Manchester United on Saturday brings back memories of a feud that often became viciously personal.

The time has passed when Benitez’s Liverpool and Mourinho’s Chelsea were competing to win the Champions League. To Mourinho’s deep chagrin, it was Benitez who was victorious in 2005 after their teams met in that season’s semifinal. Time and a couple of failures on the way for both has displaced them into rather different roles these days, with both given the task of reviving fallen giants.

Benitez has a far steeper challenge at cash-conscious Newcastle, but Mourinho is beginning to become the subject of doubt at Old Trafford. He may have greater riches and talent at hand, but he might envy the unconditional love that Benitez receives from the Toon Army.

He might — though he won’t — blame himself for that. Criticising fans, as Mourinho did for their treatment of Romelu Lukaku, is not a step that Benitez would ever take.

Van Dijk the man in focus at Anfield

South Coast to North West has been a common trade route in recent years, with Liverpool’s squad resembling something of a Southampton-on-Mersey, after £98m of spending on Saints since 2004.

Nathaniel Clyne will be missing through back surgery but Adam Lallana may make a first appearance of the season against the club he captained, while Liverpool are hopeful Sadio Mane can recover from his latest muscle injury to also feature. Dejan Lovren, if selected, is bound to receive a hot reception from away fans, but the one who got away will be in fullest focus.

In the summer, Virgil van Dijk did not get his desired move and the collapse of that deal amid acrimony may have closed off the Southampton-Liverpool route for the foreseeable future. Perhaps he can get Liverpool to increase their price by scoring a goal. It has worked before, judging by this stat: Southampton have scored just three goals at Anfield in the Premier League since 2003 and the scorers were none other than current Liverpool players Lovren, Clyne and Mane.

Marco Silva is a wanted manager, with Everton prepared to pay £10m for his services, with approaches to Watford so far rebuffed. Speculation over that will draw attention away from David Moyes’ first match as West Ham boss in Sunday’s sole Premier League fixture.

Silva is a young manager with an ever-growing reputation, and if he gets what is reported to be his way, will have landed a third job in just 11 months, after leaving Hull to join Watford in the summer. Moyes meanwhile, with much to prove after losing his job at each of Sunderland, Real Sociedad and Manchester United, was younger than Silva — 38 as compared to 40 —  when Everton turned to him in 2002.

Pulis on the brink

The word in the West Midlands is that Tony Pulis has just two games to save his job as West Bromwich Albion manager. The first of them is the visit of Chelsea on Saturday. A run of just two victories in 20 matches, and none since Aug. 19, has fans up in arms; watching the Baggies is boring.

Pulis’ brand of purportedly safety-first football wins little favour when it does not deliver results. He spent some of the international break sunning himself in Barbados, but is in danger of soon having far more downtime on his hands.