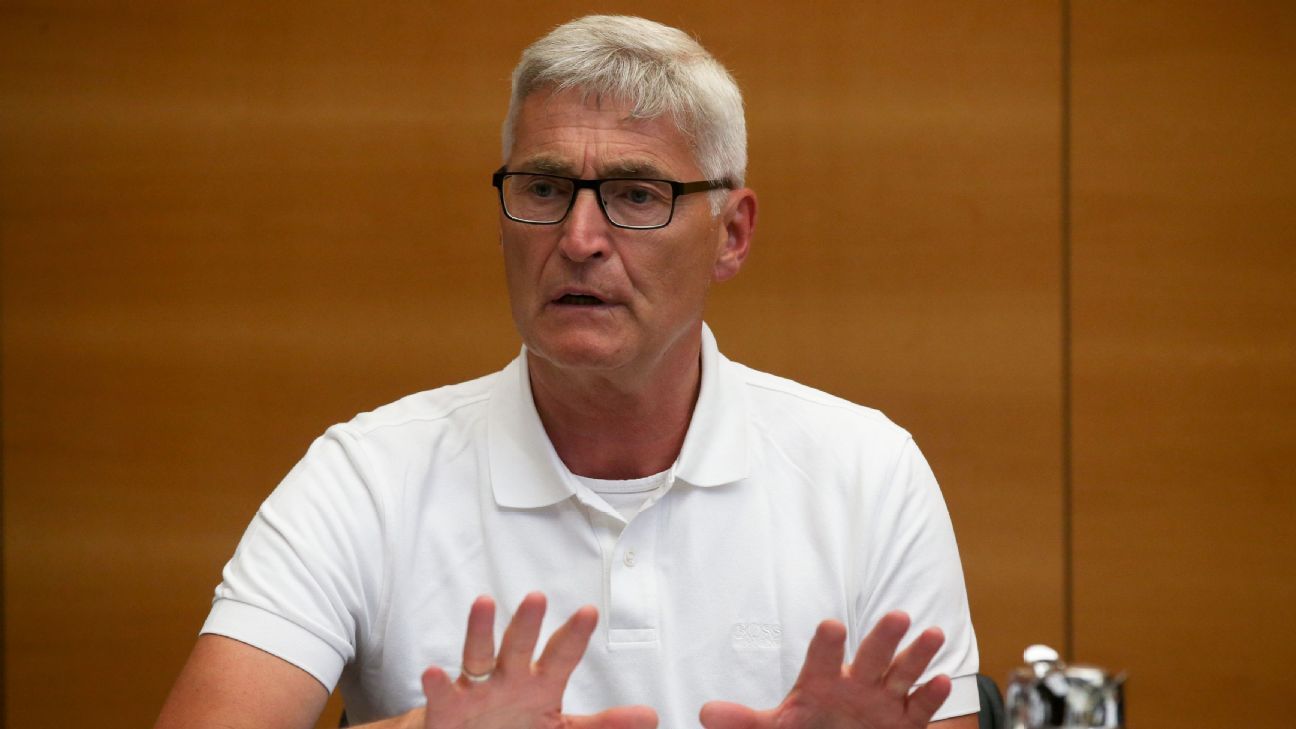 
Lutz Michael Frohlich, the new VAR project manager in Germany, has rejected the idea that a recent match in the Bundesliga might have been manipulated and said he is hoping to move on from negative headlines surrounding referees.

Frohlich, the head of German elite referees, is now overseeing this season’s trial of video assistant referees in German football after former Bundesliga referee supervisor Hellmut Krug was demoted on Monday in the aftermath of claims he had unduly influenced the VAR in charge of Schalke’s controversial 1-1 draw with Wolfsburg last month.

The German FA (DFB) also amended its rules to ensure there will no longer be any in-game communication between supervisors and VARs, who work from a centralised Replay Centre in Cologne, but Frohlich said he was satisfied that nothing untoward occurred during the Schalke-Wolfsburg game.

“After consultation with the video assistant and a review of the visual and audio documentation from the Replay Centre, nothing points toward a manipulation,” he told Frankfurter Rundschau.

The controversy arrived at a time when questions had already been raised over the refereeing system in Germany.

Shortly before losing his role overseeing the VAR project, Krug had been stripped of his place on the association’s referee commission after Bundesliga referee Manuel Grafe accused those in charge of selecting officials of favouritism, poor leadership and a lack of transparency.

Asked about the comments made by Grafe — who was subsequently muzzled by the DFB and removed from the pool of VARs — Frohlich played down the significance of the issues raised.

“We are on a good path,” he said. “In the past few years a lot was improved and professionalised. The general conditions for referees have improved significantly in the areas of transparency, payment and also scheduling.”

He added: “The atmosphere [among referees] ahead of the season was very good. They all looked forward to it. But following the [Grafe] interview and the VAR false start, we had difficult weeks and a lot of glass was broken. But we are on it, and are looking ahead now.”

Despite Frohlich’s optimism that progress is being made, the German Football League (DFL) wants to gain more influence over referees.

The DFL governs the 36 clubs in Germany’s top two tiers and its CEO, Christian Seifert, told kicker that the league would be open to the creation of an independent referee organisation.

“There are organisations like this already, for instance in England,” Seifert said. “It’s about transparent structures, clear responsibilities and focus on the essentials. The DFL is giving thought to the form of organisation we use and sending advance proposals to the DFB.

“But to avoid a conflict of interest, the DFB should remain in control. The DFL, however, wants to play its part in creating more professional structures — after all, the league invests around €17 million every year in the area of referees.

“With all the sums involved in professional football these days, it would be incomprehensible if the DFL did not contribute its share.”

He added that the DFB would also benefit from an independent referee organisation.

However, DFB president Reinhard Grindel said now is not the right time to discuss such a proposal.

“We have the referees we have, and we need to put our trust in them and agree on clear rules which are followed also by the VAR,” Grindel said in Hannover on Wednesday. “I don’t think it’s a good idea to cover up the actual issue with issues of jurisdiction. We need to lead the VAR to success.”

Meanwhile, speaking at a news conference for the Germany national team in Berlin on Thursday, Hoffenheim striker Sandro Wagner suggested the VAR project had done little to assist officials.

“The implementation is a catastrophe,” he said. “If it turns out to have been a bad idea at the end of the season, it should just be scrapped. Too many wrong calls are made despite the VAR.”

Juventus midfielder Sami Khedira has experienced the VAR trial in Serie A and also expressed doubts.

“It’s a clutter,” he said. “A lot of emotions and passion get lost. You need clear rules, but we don’t have them right now. At Juve, we tried to sort out how we cope with it. It takes three minutes until a decision is made. That’s too long. It can kill a game.”