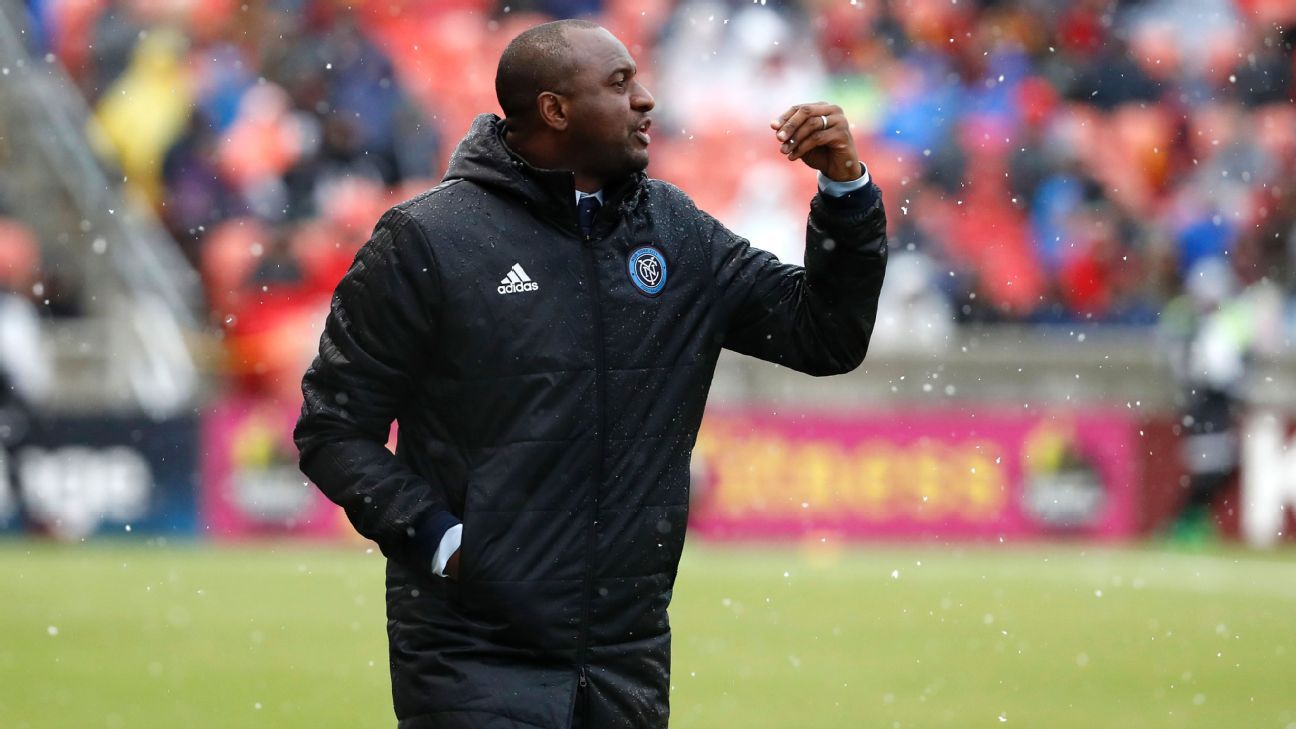 
New York City FC boss Patrick Vieira has spoken of his desire to coach in Italy after visiting Serie A club Napoli.

Former France international Vieira, who played for AC Milan, Juventus and Inter, headed to Naples to see how coach Maurizio Sarri and his team work.

Vieira has repeatedly said that he is happy at NYCFC and is not eager to leave for a move to Europe, but he told Sky Sport Italia during his visit that he chose Napoli for a scouting mission because “they are entertaining to watch,” and Sarri “is one who works excellently, and I like to see how his team plays.”

He added: “I’d love to coach an Italian team because it’s a pleasure when you work in a country with passion, and in Italy there is a lot of passion for football.”

The former Arsenal star said he continues to keep a close eye on the Italian game from the United States, and says Serie A is a three-horse race this season.

“Inter are always on a high level even if they are without one or two players whereas Napoli struggle if one of their best players is out, but they have a lot of quality,” he said.

“Juventus are always there and they have the experience of winning, and this experience always makes the difference. All three of them can win the league.”

Meanwhile, the agent of ex-Italy defender Fabio Cannavaro has said he would appreciate the opportunity to coach his former side Napoli.

After speculation suggesting Cannavaro could return to his hometown club as a director, his agent Enrico Fedele told Radio Marte that he would “prefer to be there as coach, but let’s wait five or six years.”

The 44-year-old has also coached Al-Nassr and Tianjin Quanjian since ending his playing career at Al-Ahli in 2011.

Sarri took charge of Napoli in 2015 and has a contract with the Serie A club through to 2020.