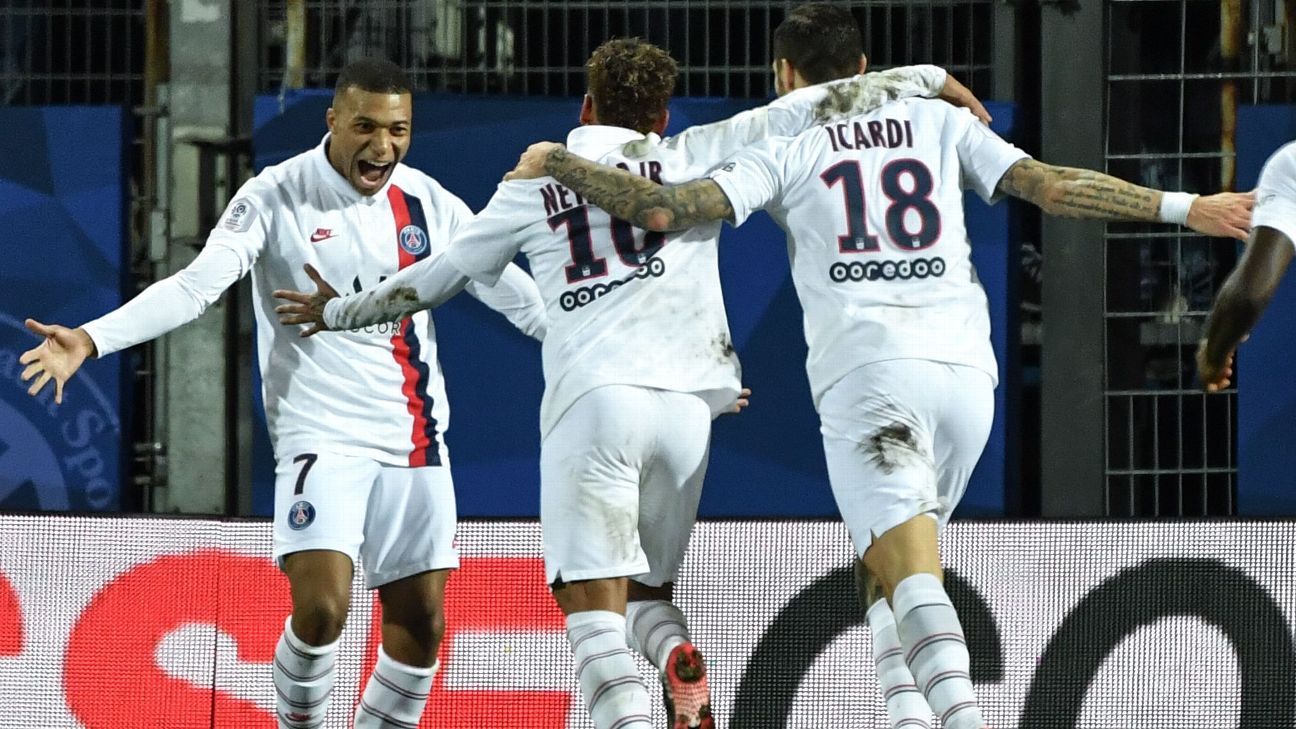 
Paris Saint-Germain’s formidable attacking trio sprung into life after the break to give the Ligue 1 leaders a 3-1 comeback win at 10-man Montpellier on Saturday.

Neymar, Kylian Mbappe and Mauro Icardi found the back of the net in the space of eight minutes after Montpellier’s Pedro Mendes was sent off in the 72nd minute as the French champions extended their lead at the top to eight points.

PSG have 39 points from 16 games with second-placed Olympique de Marseille on 31, after a match that was interrupted for a few minutes when visiting keeper Keylor Navas was hit in the head by a bottle thrown from the stands.

Montpellier, who opened the scoring in the first half courtesy of a Leandro Paredes own goal, are eighth on 24 points from 17 games.

PSG lost two players to injuries in the opening 25 minutes, with centre back Presnel Kimpembe and midfielder Idrissa Gueye limping off the pitch due to muscle problems.

They were replaced by Abdou Diallo and Tanguy Kouassi as the visitors struggled to find their rhythm.

Montpellier were rewarded for their domination four minutes before the interval when Paredes deflected Daniel Congre‘s header into his own net.

PSG had not managed a single shot on target in the first half and they continued to struggle until Mendes picked up a second yellow card for a tackle on Neymar.

The Brazilian found the top corner from the resulting free kick in the 74th minute before quickly setting Mbappe up for the second, the France international netting with a low cross shot.

Five minutes later, Mbappe found Icardi in the area with a fine whipped cross and the Argentine striker beat Geronimo Rulli with a low shot.