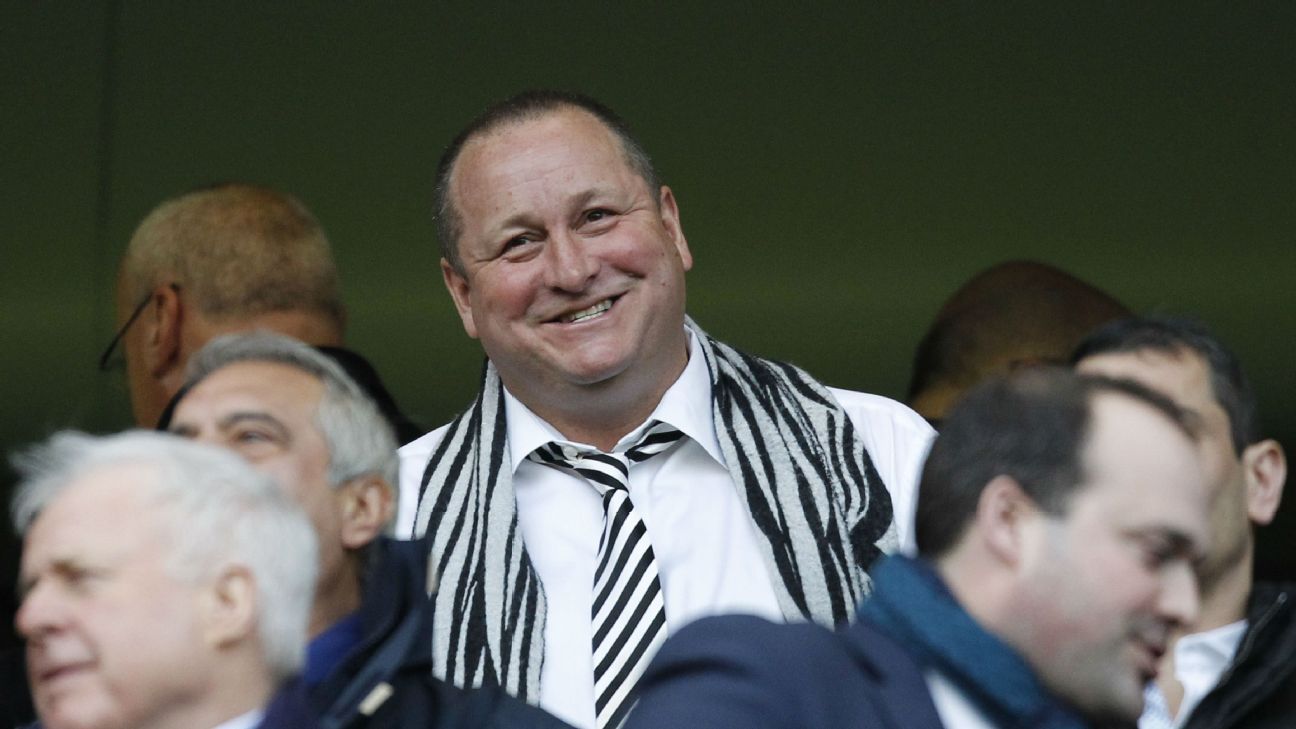 
Alan Shearer spoke for the Geordie nation when on Monday he tweeted “just heard” and posted a gif of the cast of Seinfeld doing a dance of celebration.

Newcastle United owner Mike Ashley’s announcement that the club are up for sale was greeted with expectant, though cautious, delight in a city tired of the machinations of the Sports Direct billionaire, who bought the club from the late Freddy Shepherd in May 2007.

“Our intentions are to see if the club can be bought by new ownership, potentially by Christmas,” said Andrew Henderson, a lawyer acting on Ashley’s behalf, as the announcement was made.

A new owner at Christmas would make for a festive season to remember. Newcastle as a city has not lost its love for its club, with 50,000 fans filling St James’ Park most weeks, but Ashley has damaged the romance.

Fans have become sick of the club being used as an advertising vehicle for Sports Direct. Some stay away, some remain, but the heyday of the mid-1990s, when Shearer, the best striker in English football, chose to sign for Newcastle over Manchester United, feels a long time ago.

A team back in the Premier League, doing well in ninth-place this season under adored manager Rafa Benitez, and now the prospect of a new owner to wipe away a decade of dissatisfaction? These are days when the Toon Army can dream. But can a deal happen, and what may lie in the future for Newcastle?

Why is Ashley selling now?

The truth is that Newcastle has been up for sale since at least the turn of the year, and throughout his ownership, Ashley has been open to a deal. As far back as 2008, he appointed investment bank Seymour Pierce to handle the sale of a club he bought from Shepherd and company for £134.4 million.

In a rare interview in August, Ashley hinted he had become tired of football’s spiralling costs. “I don’t have that ability to write a cheque for £200m,” he said in reference to Neymar’s recent £196m transfer to Paris Saint-Germain. “I would have to sell the Sports Direct shares to fund that.”

Chelsea and Manchester City landed big-spending billionaires in Roman Abramovich and Sheikh Mansour, while Newcastle were taken over by a man who never wanted to lavish more money than necessary. The time for him to depart appears to have arrived.

The prices currently quoted in multiple reports has Newcastle United’s value somewhere between £300m and £400m, with the higher price being Ashley’s target.

“The cost of £300m is prohibitive,” Kieran Maguire, a lecturer in football finance at Liverpool University told ESPN FC. “I still think he needs to drop to £250m to get a fair price. I make it that Newcastle have a 20 percent chance of being relegated and if that happens, you lose a lot of money.”

In August, 80 percent of Southampton, a club of similar scope, was sold to Chinese investor Jisheng Gao for £210m. Newcastle’s buyer would not be purchasing a distressed asset, though the fact Ashley has kept costs down — the wage bill is just seven percent higher than when he bought the club — presents some problems.

“Newcastle are one of the better run clubs in the Premier League,” John Purcell, an investment specialist with Vysyble, told ESPN FC. “In fact, they are the most economically proficient in the Premier League. The problem is, of course, is that being well run doesn’t guarantee you success on the field. Newcastle fans are hungry for success so how do you balance that with financial stability?”

As recently as the 2001-02 season, Newcastle were a Champions League club, with a veteran Shearer leading a team managed by Sir Bobby Robson. It remains a club with a significant catchment area and a hugely loyal fanbase.

“I see Newcastle as being like Napoli or Marseille, in a one-club city, or one of Germany’s great regional powerhouse clubs,” Mark Jensen, editor of The Mag, a Newcastle fanzine, told ESPN FC. “It’s the closest big English club to Scotland and a lot of people come down to watch the Premier League. You don’t have to be Manchester United or Liverpool. There’s clubs like Tottenham to aspire to.”

Who could be the buyers?

It was the sight of Amanda Staveley in the St James’ stand during Oct. 1’s 1-1 draw with Liverpool that hinted at a takeover. Staveley, a one-time consort of HRH Prince Andrew, is otherwise best known as the broker of Manchester City’s 2008 takeover by Abu Dhabi’s Sheikh Mansour, and heads up Dubai-based financial firm PCP Capital Partners, which has access to an estimated £28 billion of funds.

On Thursday, it was reported Staveley is one of five parties to have signed a non-disclosure agreement.

“Since Monday, a number of additional parties have come forward which we believe to be credible,” said Henderson. “We are continuing to engage in conversation with a number of parties with whom we were engaged in negotiations prior to Monday’s announcement.”

The other four interested parties are reported to include Chinese potential investors, though Turkey’s richest man, Murat Ulker, denied he was interested last week.

Can Newcastle aspire to get back to the heights of Shearer’s playing days?

“People are mixing up the romance of Newcastle with hard fact,” Maguire said. “They would have to offer wages above the market rate as they did at Manchester City in 2008, when they signed players like Robinho. That’s the only way you take yourself up a level.”

Would Ashley leaving cure Newcastle’s ills? For Jensen, it would do for now.

“You don’t want to get your hopes up too high,” he said. “We are not expecting them to win things but the idea of competing rather than just surviving is intoxicating.”

Unfancied and unfashionable Augsburg continue to prosper in the Bundesliga against all odds
‘Bad habit’ to blame him
Man United boss Solskjaer must drop Pogba and De Gea to save his job
Mexico sets November friendlies vs. South Korea, Japan
Starting Bale on bench vs. West Ham a ‘good decision’