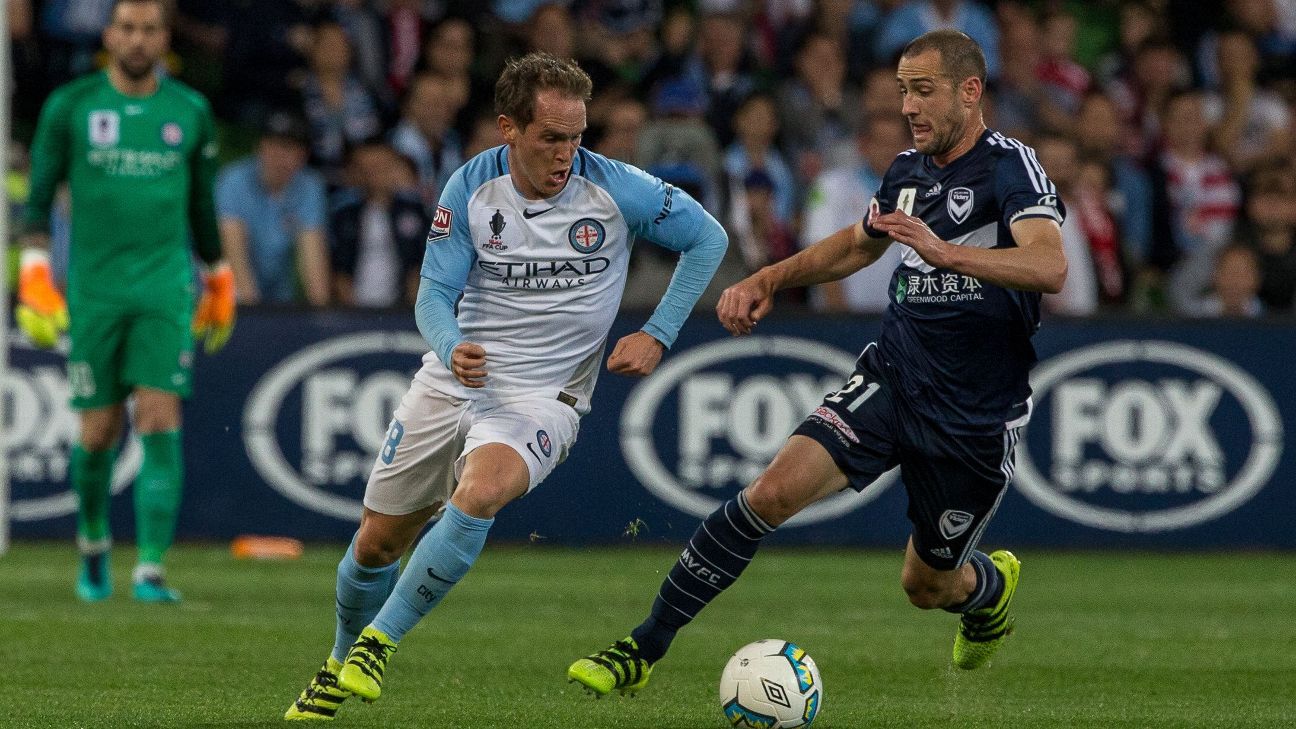 
Melbourne City midfielder Neil Kilkenny could leave the club in January with a number of Major League Soccer sides chasing his signature, sources close to the player have told ESPN FC.

However, he has made only three appearances so far this season in the new A-League campaign under Warren Joyce, leading to speculation about his future at the club.

The former Arsenal trainee is entering the final six months of his contract and could seek a move in search of regular first-team football.

The news has alerted a number of clubs in Europe and the U.S. to Kilkenny’s possible availability to a transfer.

Colorado Rapids are monitoring Kikenny’s situation and are weighing up a move for the former Leeds and Birmingham player ahead of the new MLS season beginning in 2018.