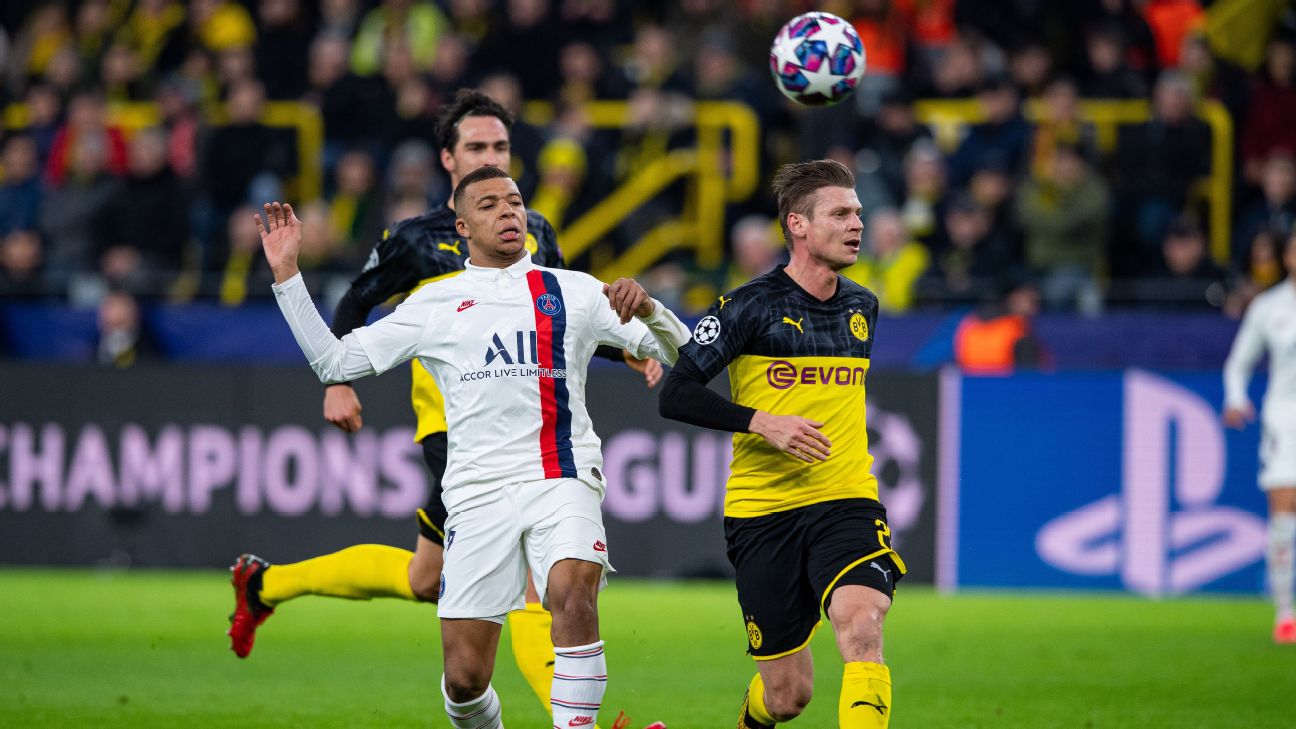 
Paris Saint-Germain’s Kylian Mbappe has been tested for the coronavirus after a recent illness but the France international’s results came back negative, sources have confirmed to ESPN FC.

Mbappe, 21, has not yet trained this week because of a throat problem and was logically tested for the coronavirus as its grip on Europe and sports on the continent tightens.

According to ESPN FC sources, despite the negative test for COVID-19 his recent illness has put his ability to start Wednesday’s crucial Champions League round of 16 second-leg clash with Borussia Dortmund in doubt.

PSG trail the Germans 2-1 from the opening leg and will be playing in front of an empty Parc des Princes because of the decision to proceed with the match behind closed doors.

Mbappe is likely to feature at some point, said ESPN FC sources, but may well have to make do with a substitute role because of concerns over his ability to start.

To give their team some form of home advantage, PSG’s ultras have announced that they will march towards the Auteuil end of Parc des Princes and generate as much noise as they can from outside the stadium ahead of kick-off.

PSG’s Saturday match away to Strasbourg was postponed because of fears of the spreading coronavirus in the region.

“It was negative for me because we flew to Strasbourg,” said PSG manager Thomas Tuchel. “We were in Strasbourg and we couldn’t play. It was a last test for this game on Wednesday [against Borussia Dortmund] without any problem to adapt to the workload and the intensity of this game [that is coming up].”

Elsewhere in France, Metz have confirmed that they have quarantined an unnamed player after they recently came into contact with somebody who has been diagnosed with the coronavirus.

The Ligue 1 side said that the player is showing no symptoms but has been asked to stay home for now.

All training sessions will be held behind closed doors and there will be no player interviews with the press as Metz and the Ligue de Football Professionnel (LFP) stay in regular contact on the topic.

Earlier on Tuesday, the LFP confirmed that Ligue 1 and Ligue 2 (both of France’s fully professional football tiers) will be playing games behind closed doors until at least April 15.

The French Football Federation (FFF) has also confirmed that upcoming friendlies against Ukraine in Paris and Finland in Lyon will go ahead with empty stadiums.

“I really hope we are capable of adapting, we have a lot of confidence we can adapt. But the difference is too big to talk about it. It’s huge.”