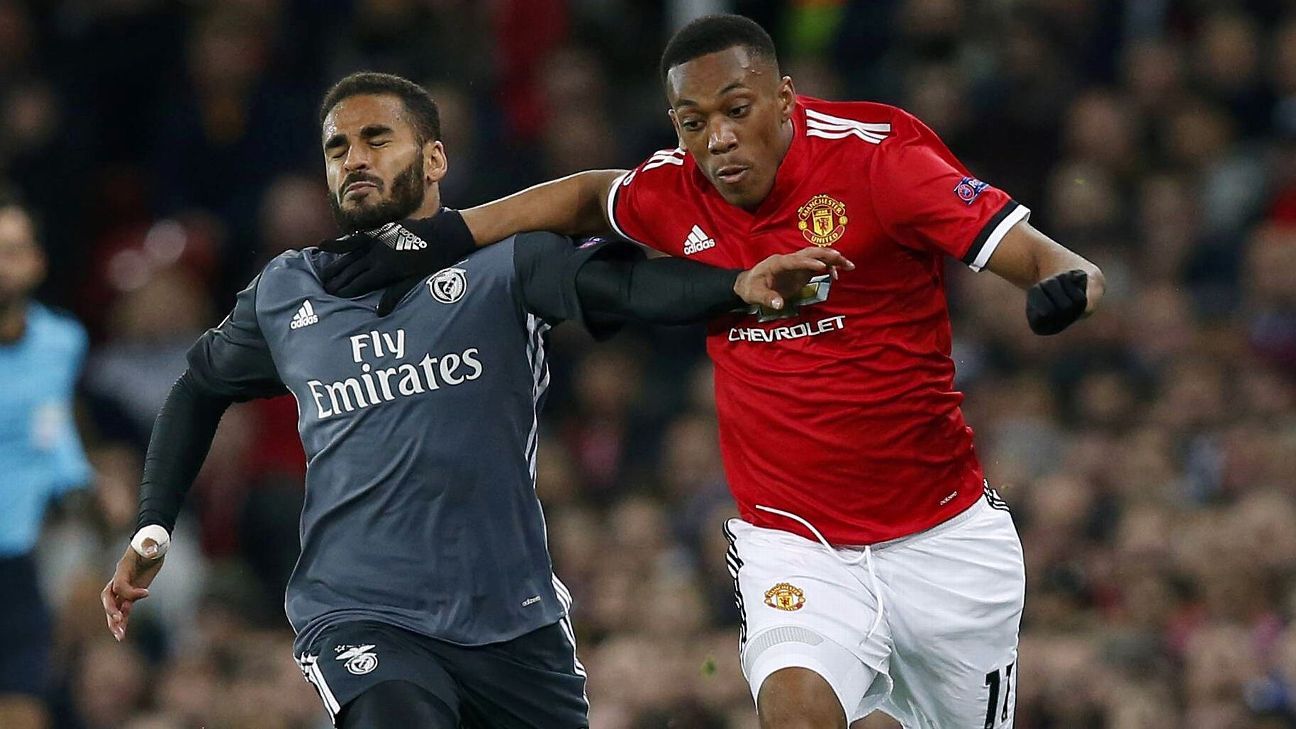 
Considering the Christmas season is almost upon us, this feels like as good a moment as any to give thanks.

Yes, it is true that Manchester United are eight points behind Manchester City, and that their success worryingly seems to rely more upon individual brilliance than systemic excellence. But there is much for which to be grateful, and chief among them is probably the resurgent form of Anthony Martial.

Much has happened in the past few months — so much that it’s easy to forget how close Martial once seemed to the exit at Old Trafford. That was a startling plummet in his status, given how stunningly he had emerged onto the stage under Louis van Gaal. There were reports of personal problems, and Martial looked doomed to go the same way as Memphis Depay, who departed for Lyon last January.

Yet this year Martial has again shown that he is a player of elite talent and looks a firmer fixture in the squad than ever before. Jose Mourinho deserves much credit for handling him as he has in recent months.

This is not to say that he is having a majestic season, even though he has provided spellbinding periods of play. Critics might observe that his defensive contribution has actually regressed, since he is closing the ball down less well than he did last year (with 0.3 interceptions per 90 minutes, compared to 0.46 in the previous 12 months). He is also losing more tackles this time around (1.48 to 1.22). But the crucial thing is that he again looks like one of the most incisive forwards in the country, a status that he had seemingly lost several months ago.

His return to a better version of himself has not come a moment too soon. As a Frenchman, he is part of a generation of supreme attacking talent, with Kingsley Coman, Antoine Griezmann, Kylian Mbappe and Ousmane Dembele all ahead of him in the pecking order for the national side. It must also be noted that Nabil Fekir, recovered from a horrific injury, is again wowing crowds at Lyon. Martial’s recent performances have very much forced him back into the reckoning, with the World Cup just months away.

His winner against Tottenham Hotspur will be all the more important in months to come, not just because it gave United a vital triumph, but because of where it sits in the context of Mourinho’s widely documented struggles to beat the leading teams in the Premier League. With that strike, he reaffirmed his status as a player who can score on the most important occasions, a reputation that his teammate Romelu Lukaku is yet to earn.

Lukaku and Martial, it must be said, are facing similar challenges. Both are presently some way beneath their best, yet Martial’s broader skill set allows him to create opportunity where Mourinho’s tactics do not. Lukaku, as a pure No. 9, has far greater difficulty when play breaks down around him, and his failure to score in recent matches is due far more to problems with Mourinho’s approach than with the diligence he is bringing to his performances.

Martial, meanwhile, is deployed as a winger, which is far from his best position — although his final ball has improved greatly of late, he should still be far closer to the goal than he currently is.

The absence of Paul Pogba is also an enormous factor, since the midfielder draws together the different strands of his team in a way that nobody else can. On that note, Pogba’s absence with a strangely vague injury grows more baffling and urgent by the week.

It is very possibly the case that we will not see the very best of Martial under Mourinho (or, come to think of it, under Didier Deschamps, the France coach who is curiously conservative when his team needs it least). There is, perhaps, an argument that under a yet more progressive coach Martial would flourish even more and not be restricted to a series of superb cameos.

Yet, all the same, it is heartening to see him return to the same bracket of conversation as Marcus Rashford — that is to say, as one of Europe’s finest young attackers, with a rare blend of speed, skill and ruthlessness. With Christmas on its way, that is a gift for which Old Trafford can be truly thankful.