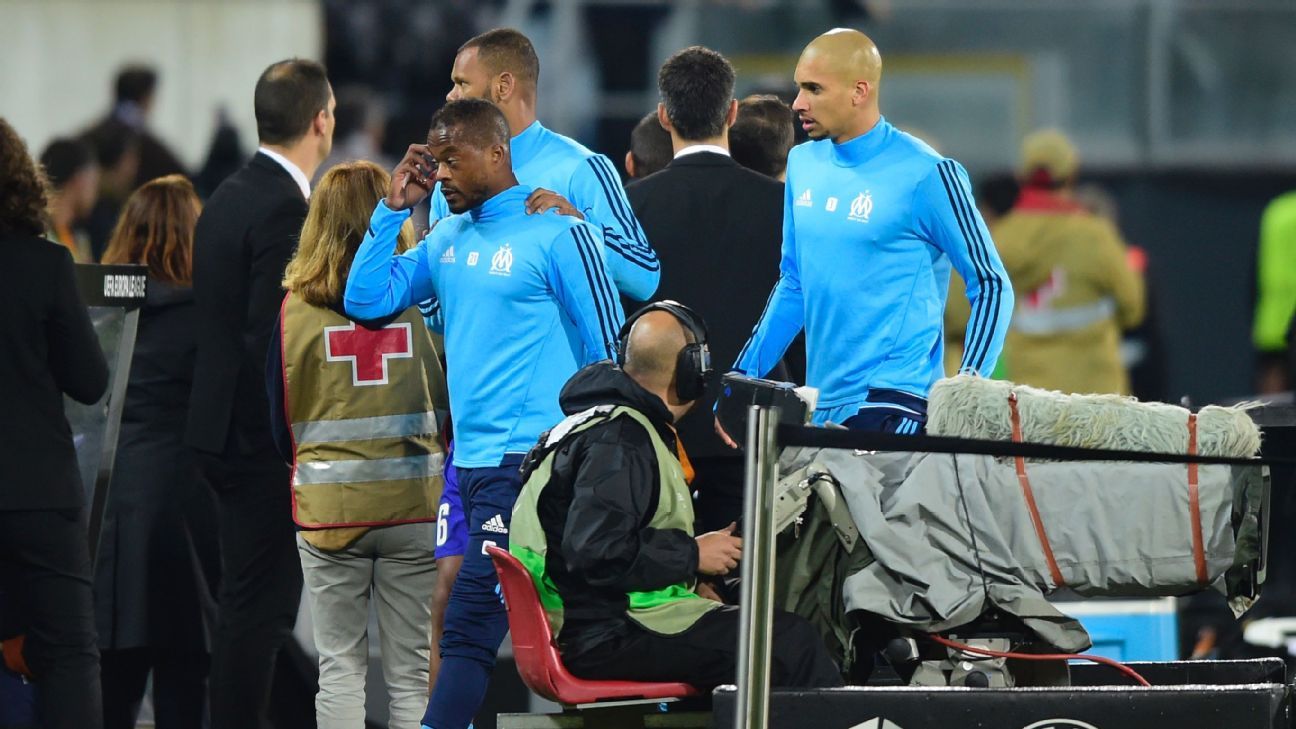 
Marcel Desailly would be “sad” to see Patrice Evra’s career end on the kick he aimed at a Marseille fan ahead of his club’s Europa League game last week.

Evra, 36, was shown a red card during the warm-up after aiming a kick at a Marseille fan before OM’s 1-0 group stage defeat at Guimaraes on Thursday.

Suspended by his club, Evra will be the subject of a club and UEFA investigation into the incident, which it is feared could lead to a lengthy ban based on the jurisprudence of Eric Cantona’s eight-month suspension in a similar case in 1995.

Evra is due to meet Marseille president Jacques-Henri Eyraud on Friday after being summoned to a “meeting prior to an eventual punishment” by the club, and there are doubts about the former Manchester United and Juventus defender’s career going forward because of his age.

That dismays his former international teammate Desailly, who won the last of his 116 France caps in 2004 just as Evra’s international career was starting.

He said: “From the moment you’re inside a football stadium, you have to pay attention to the supporters, who sometimes do things that are quite crazy. Footballers have to be examples. But everyone is free to think as he wants.

“UEFA and the French FA are going to decide what to do after this incident. Marseille have already suspended him. Everyone knows that you have to keep your cool on the pitch. I’m sad. He’s had a great career, I wouldn’t like to see him end like this. He has his reasons. I hope he’ll apologise and he’ll be able to move on to something else.”