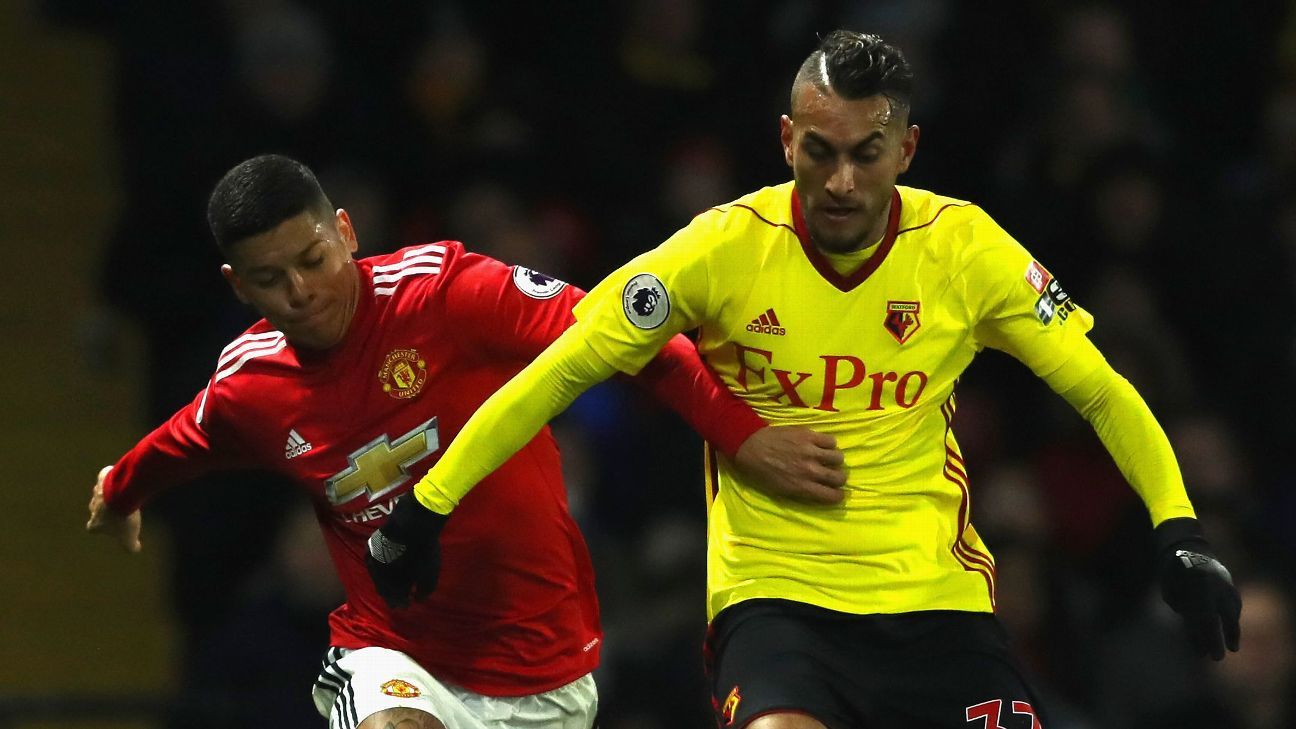 
Marcos Rojo is one of the “top five” central defenders in the world when he is in form, according to Manchester United teammate Ander Herrera.

Rojo was a regular in Jose Mourinho’s team during the second half of last season before he was sidelined with a knee ligament injury.

The 27-year-old made his first Premier League start in seven months in the 4-2 win over Watford on Tuesday, and Herrera says United have welcomed back one of the best players in the world in his position.

He told the club’s official website: “Last season, when he got injured, I told him that he was in the top five central defenders in the world because his play was outstanding and he was in amazing form.

“I felt so sorry for him because he got injured in what was the best moment of his career.”

Despite his injury, Rojo was part of the squad for the summer tour of the United States and played 45 minutes for the under-23s ahead of his comeback against Basel in the Champions League.

He has found competition for a place even more fierce this season, with Victor Lindelof added to a squad in the summer that already includes Rojo, Eric Bailly, Chris Smalling and Phil Jones.

Rojo could get the nod again against Arsenal at the Emirates on Saturday with Bailly and Jones nursing injuries.

Herrera added: “He has been focused on being back and being as fit as possible, so I’m very, very happy for him.