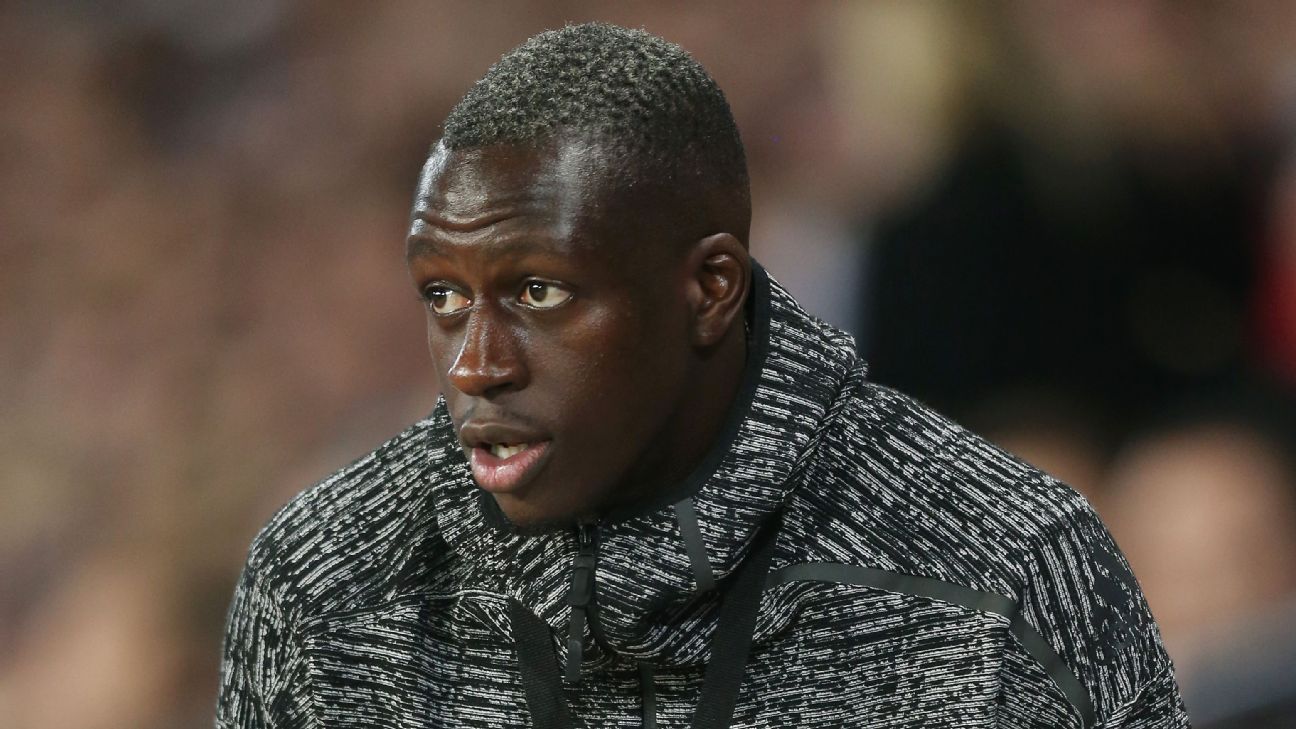 
Benjamin Mendy says he is convinced he will play for Manchester City in this season’s Champions League semifinals and the World Cup with France.

City boss Pep Guardiola said he expects the 23-year-old to be out until April and Mendy says he has promised to play in the last-four of the Champions League this season.

“I want to get back fit as soon as possible,” Mendy wrote in The Times. “I want to play in the Premier League, the Carabao Cup, the Champions League, the FA Cup, and there’s no doubt in my mind that I will play in the World Cup.

“And you know what I’m like when I play with City, who I call my shark team, I always have a smile on my face and it’s the same with my rehab.

“I told Pep after I got my results that I would only have surgery if he promised me City would be in the Champions League semifinals when I come back. That is our checkpoint. That is where we will meet again.

“I have been training seven days a week as I want to get back as soon as possible.”

But he has been keep a close eye on City during their club record 12-game winning streak, which has seen them open up a five-point gap at the top of the Premier League.

“I’ve made sure I’ve watched every City match while I’ve been in Barcelona,” he said. “I can’t keep my eyes off the TV when we play. I’m always shouting and chanting at the screen. We’re playing so good at the moment! Keep it up guys!

“I’m not surprised at how well we’re playing because I saw this kind of football every day in training. It’s perfect football. I don’t know how anybody could dislike the football we are playing. The passing, the movement, the goals, the defending, the goalkeeping, everything is perfect.

“During the match against Stoke City, I kept thinking Kevin De Bruyne is just a beautiful player. He’s our pianist. The vision, the intelligence, the passing. He has it all. He’s one of the best midfielders in the world.”

Despite making only five appearances for City, Mendy has already become a popular figure with the squad and fans — particularly because of his output on social media, where he has made fun of himself and his teammates.

The banter has not stopped because of the injury with Mendy speaking regularly to players at City and former club Monaco.

“While my knee is chilling I have some banter with my old Monaco teammates on Whatsapp,” he added. “We have a group called ‘Monaco, champions.’

“I’m now in a group called ‘Man City’ too, hopefully that will be called ‘Man City, champions’ next summer. I sit there laughing for ages when I look at the messages in the morning. They’re so funny.

“Everyone is going back and forth at each other. Nobody is safe! It’s non-stop! Kyle Walker, me, Bernardo Silva, everyone is gunning for each other. I trained Bernardo to be relaxed and funny. He used to be such a shy person! The other day he put Walker’s face over a Walkers crisp packet!”

Lionel Messi made his Barcelona debut 16 years ago today. A lot has happened since then
Real Madrid lead Barcelona in pursuit of PSG’s Kylian Mbappe
Man United boss Solskjaer must drop Pogba and De Gea to save his job
Juventus to bump ahead of Arsenal for Lyon’s Aouar
WSL confusion Brighton player booked twice not sent off