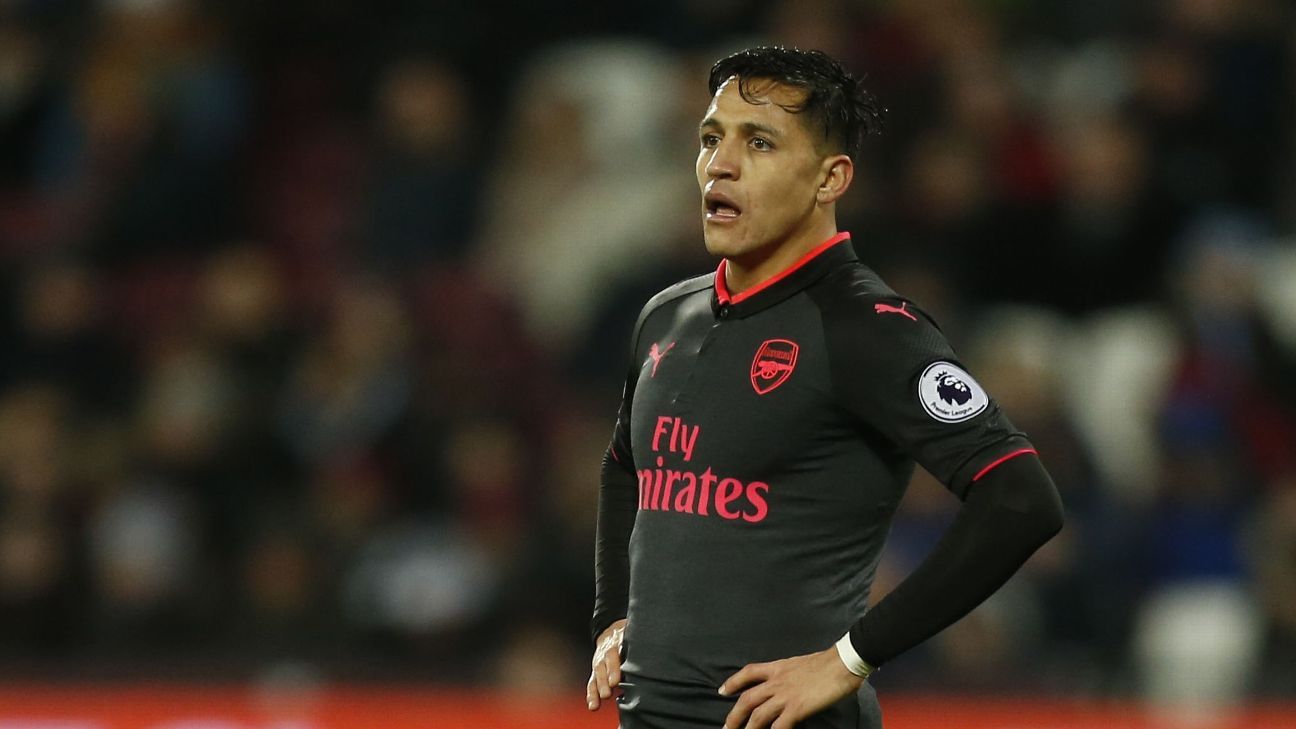 
Manchester City are unlikely to sign Arsenal’s Alexis Sanchez in January, Press Association Sport reports, but they could make a move for a new central defender with Jonny Evans and Virgil van Dijk potential targets.

The Premier League leaders are now happy to wait until next summer for their long-term target after making such a superb start to the season.

City realise Sanchez, who is in the final year of his Gunners contract, could sign a pre-contract agreement elsewhere from January but that is unlikely to influence their thinking.

The club do not feel it makes a lot of sense to sign the Chile international mid-season and potentially risk disrupting the attacking balance of a squad that has swept almost all before them this term.

The 29-year-old has also been linked with Paris Saint-Germain but, while an offer has not been completely ruled out in certain circumstances, City will not be hurried by the transfer policies of other clubs.

City had a bid worth up to £60 million for Sanchez accepted on deadline day in August but a deal could not be finalised as Arsenal were unable to secure a replacement.

Any disappointment felt over that, however, has not shown up as a shortcoming in City’s squad. City are unbeaten and lead the Premier League by 11 points after winning their last 16 games. They are also through to the last 16 of the Champions League and the Carabao Cup semifinals.

City’s feelings on the Sanchez situation are connected to a general reluctance to do business during the January transfer window unless there is a clear necessity to strengthen a certain position.

One such exception could be at centre-back, where City have appeared short of options of late with John Stones and Vincent Kompany both suffering injuries.

City could revive attempts to sign Evans from West Brom but it is reported other options will be explored, possibly including Southampton’s Van Dijk.

City will work to a plan of at least 18 months with all signings and not bring in players to fill gaps short-term.

If another defender is not recruited, a centre-back will be a priority in the summer along with extra defensive central midfield cover.

Contract talks with Fernandinho, who is in the final year of his current deal, are likely but Yaya Toure could leave when he becomes a free agent in the summer.

City are no longer thought to be interested in signing another left-back. Manager Pep Guardiola looked light in the position after Benjamin Mendy suffered a long-term knee injury in September but Fabian Delph has proved an adequate replacement. There is also further back-up in Danilo and Oleksandr Zinchenko.