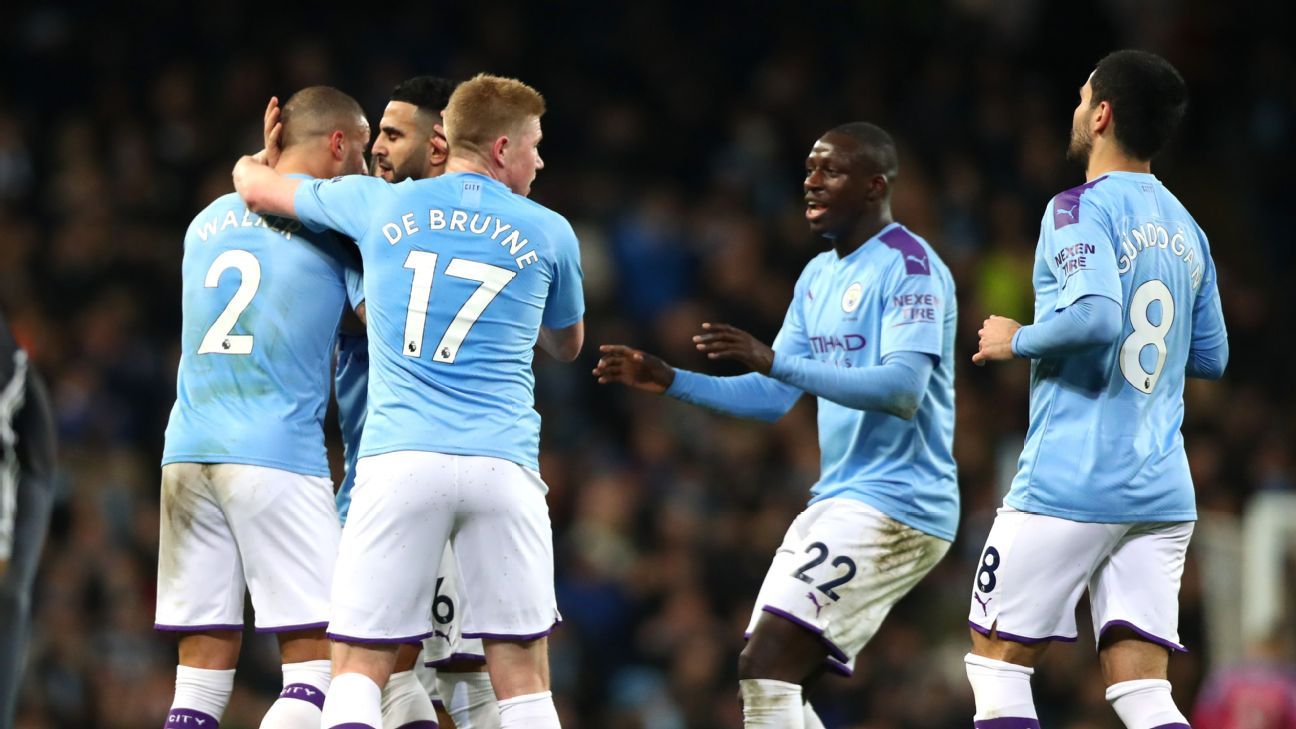 
Manchester City beat Leicester 3-1 at the Etihad on Saturday to cut the gap to second place to one point, but the result means Liverpool remain 10 points clear at the top with a game in hand.

Liverpool are in Qatar and for their FIFA Club World Cup final clash with Flamengo as the second and third-place sides met.

And the hosts City were the more dominant side from the off as they controlled the possession against Brendan Rogers’ side.

But they went behind on 22 minutes as Jamie Vardy caught them on the counterattack and dinked the ball over the on-rushing Ederson. The goal did little to alter the pattern of the game and Riyad Mahrez equalised against his old side on 30 minutes.

City took the lead two minutes before the break through Ilkay Gundogan‘s penalty after Ricardo Pereira had fouled Raheem Sterling.

And Gabriel Jesus made the points secure with a third on 69 minutes, as he slid in to meet Kevin De Bruyne‘s cross at the back post.