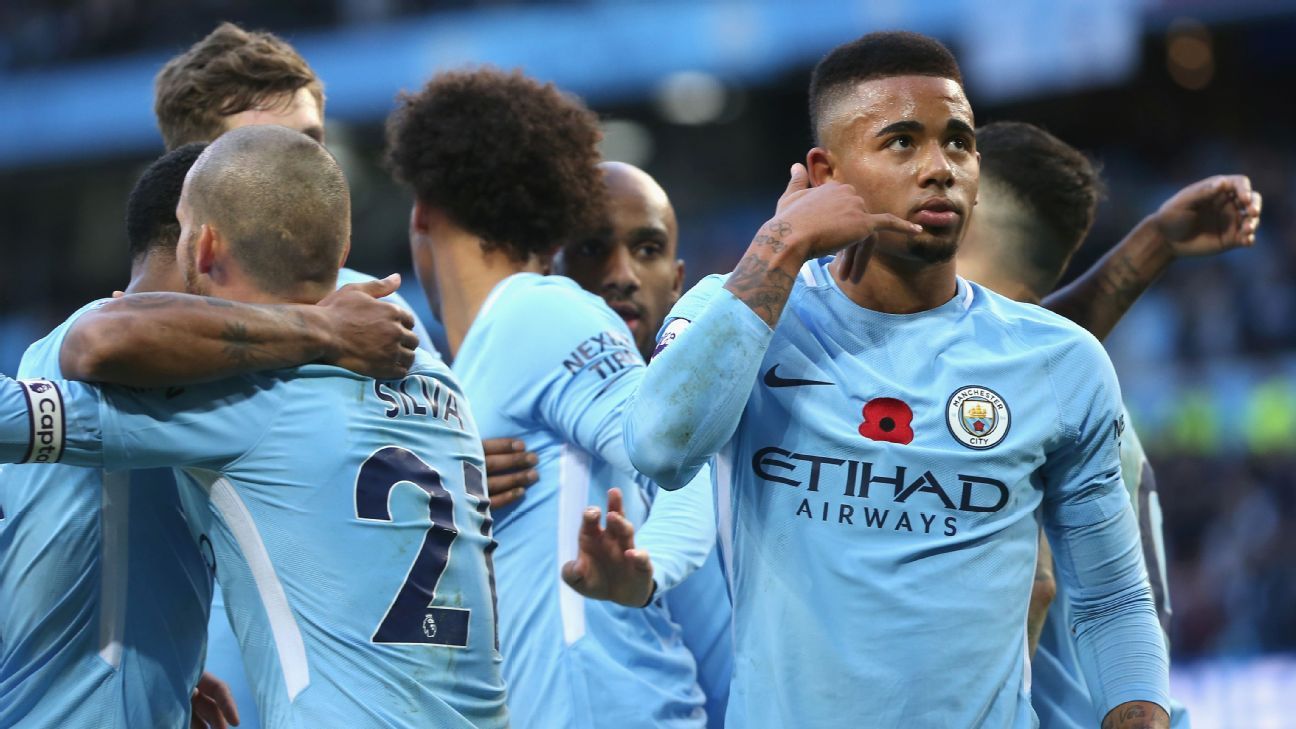 
Belief isn’t something that comes naturally to Manchester City fans. After being beaten down for years by regular embarrassments, they’ve been burned one too many times to fall into the trap of feeling confident. They won’t think their team will do the expected, all too wary of the unexpected creeping up and pinching them on the bottom.

Every club has their misfortunes, of course, but it seems to be only City that can tell tales of being knocked out of the FA Cup by a balloon (2-1 at Sheffield United in 2007), suffering relegation after wasting time thinking the result was good enough (a 2-2 draw with Liverpool at Maine Road in 1996), or scoring one of the greatest own goals of all time to help their relegation to the third tier for the first time in their history (courtesy of Jamie Pollock in a 2-2 draw with QPR in 1998).

It’s hardly a shock that supporters are a bit wary of getting ahead of themselves. Even with the simple task of beating QPR on the final day of 2011-12 to win their first Premier League title, City managed to be losing four minutes from time. The 3-2 success was only realised due to a sizeable rescue job by Edin Dzeko and Sergio Aguero in stoppage time.

Even in the years since Sheikh Mansour’s takeover, when City have been one of the best teams in England, the fans take very little for granted. Outsiders are looking at the performances so far this season and are already declaring the team champions-elect, but supporters are keeping their feet on the ground.

It’ll take more than 10 wins and a draw from the opening games for fans to start to think of victory parades at the end of the season. Only fools don’t see a sting in the tail, right?

However, the truth is, with an eight-point lead over their nearest challengers and with the best-ever Premier League start under their belts, City should be crowned champions in May. They’ve been head and shoulders above anything the Premier League and Champions League has thrown at them so far. While there are still the depths of winter, injuries and suspensions to come, they’ve answered all questions put to them so far with ease.

This is a team that’s better than even the previous title-winning City sides. Under both Roberto Mancini and Manuel Pellegrini, there were problems: The first started like a juggernaut but faded after Christmas, eventually mounting a late charge that was just enough to pip Manchester United on goal difference. The second took a while to get going and almost faded in the springtime, too.

Both of those City teams had one main way of playing, which turned out to be largely too good for anybody they faced. And though Pep Guardiola was heavily criticised last season for a lack of a “Plan B” — a veiled way of saying he wouldn’t resort to lumping the ball forward to a big attacker — the manager has found several solutions to stubborn teams this season.

His variety of systems has worked for City so far. Of course, the principle of passing and moving remains the same throughout, but the tactics of how to get players into different positions have often been altered — with Guardiola switching between 3-5-2 and 4-3-3 systems.

If the opposition press up high, City will pass through them. If they sit deep, City will drag them all over the place with their movement. Even goalkeeper Ederson can kick it so far that the long-ball game, over the top of every defending player to land at the feet of Sergio Aguero or Gabriel Jesus, is an option.

The groundwork for all of that was put in place last season, when the team was regularly criticised for being too open at the back and too wasteful up front. The irony is, Guardiola’s first campaign at the Etihad cemented the lack-of-self-belief further in the minds of the fans, as if it would be another badge of dishonour that City would be the first club at which he failed.

Perhaps that’s the manager’s biggest challenge during his tenure. The players have bought into his ideas and trust his style of play; now he needs to get the supporters to follow suit.

Already this season, the team has proved it’s much better and more competitive in the big games. The 5-0 victory over Liverpool, the 1-0 success against Chelsea and the back-to-back 2-1 and 4-2 wins over Napoli in the Champions League represent a vast improvement on the last three years.

This isn’t the same City that has flattered to deceive in the last three seasons. The supporters should allow themselves to believe more — just 11 games into this Premier League campaign and it already feels like the beginning of something special.