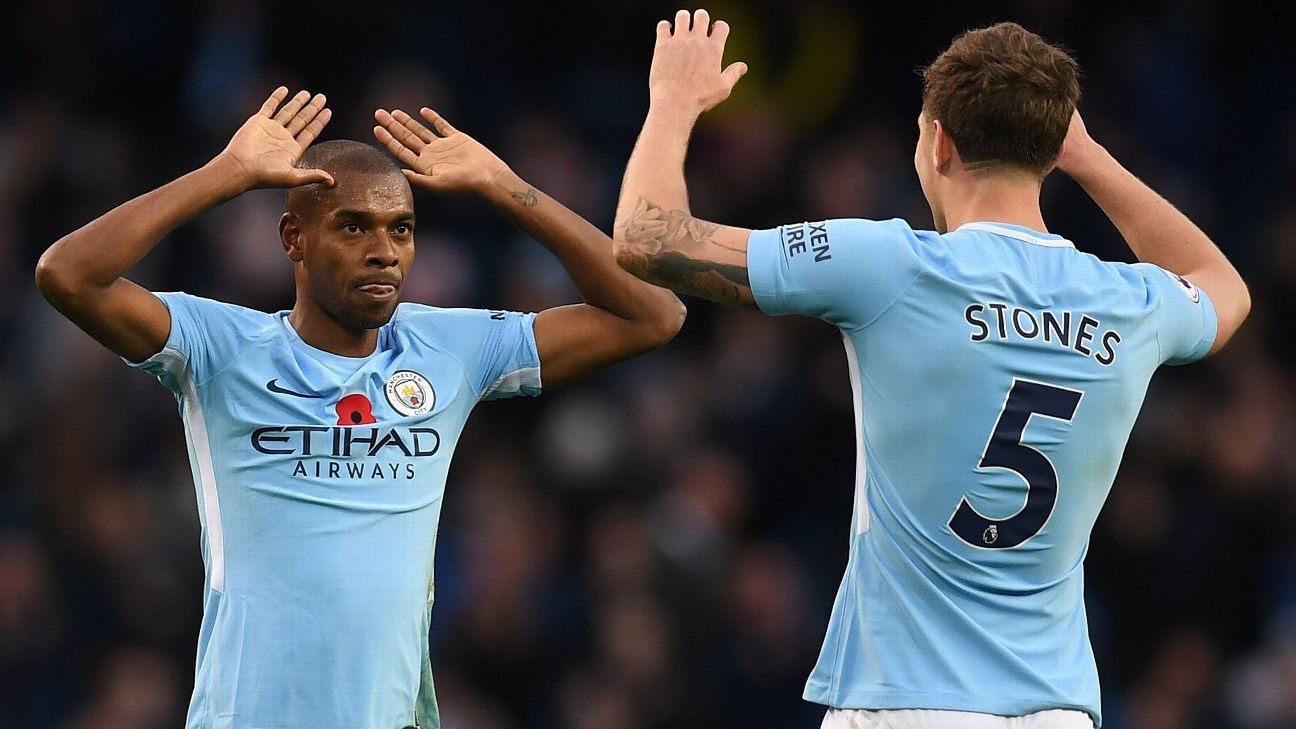 
Watching Manchester City these days, one thing swiftly becomes clear: Pep Guardiola’s men like nothing more than to have possession of the ball. It may be stating the obvious — and statistics certainly point to this week after week — but it draws interesting historical parallels nonetheless.

After a tough week beating Italy’s finest in Naples, City came back to earth to the bread and butter of the Premier League. And not just any run-of-the-mill match against mid-table cannon fodder, either. Here were Arsenal, City’s arch nemesis of the last 40 years, the club that could not be beaten in London for over 35 years, the club that City could not get the better of home or away for 16 years at the end of the century.

Under an Arsene Wenger less bitter and more carefree, Arsenal built a side that was the envy of the league. Thierry Henry, Robert Pires, Sylvain Wiltord and Dennis Bergkamp were for several seasons in a league of their own. Their love of the ball also knew no boundaries.

Last weekend, under the same French boss — now long in the tooth and unloved by much of the rumbling bulk of Arsenal’s disaffected support — Arsenal played second fiddle to a side in sky blue, who passed the ball around as if it were on a Silva thread.

It was far from City’s most accomplished performance of the season, but — in swatting aside the old pass masters so effortlessly after such an arduous week of continental skirmishing — it perhaps spoke even more eloquently of how this City side has progressed.

From the kick-off, City immediately conjured a 16-pass move which switched from right to left and back again, featuring both the goalkeeper Ederson and forward Sergio Aguero. It only came to an end, giving Arsenal their first sniff of possession, when Fernandinho’s strongly struck pass whizzed past Kyle Walker for a throw in. The best part of the first minute of the game had flashed by Arsenal’s noses.

And so it continued for much of the afternoon. In Guardiola’s first season the penchant for the pass was already evident, but the smoothness of delivery was missing, the accuracy and ferocity of the one-touch interchanging that bypasses opponents like bollards was not yet honed and the personnel was neither up to speed on detail nor in proper working order to execute such a grand plan.

Now there is not an ill-fitting piece anywhere on the pitch. Where Arsenal famously relied on the agricultural clouts of Tony Adams and Steve Bould, the tigerish snapping of Nigel Winterburn and the run-through-a-brick-wall mindset of Ray Parlour, City have artists all over the park.

John Stones, the very epitome of the elegant continental sweeper, hardly ever has recourse to haymakers anymore. His tall frame could be seen swaggering through Arsenal’s midfield on more than one occasion at the weekend, while centre-back partner Nicolas Otamendi, that same Otamendi, who had spent the previous two seasons flying horizontally across the turf into one ludicrously mistimed tackle after another, was busy dissecting Arsenal’s middle orders with arrogant wafts of his left foot.

Then there was Fernandinho, ostensibly City’s midfield enforcer, delicately killing Kevin De Bruyne’s wall pass to set up the first goal for the Belgian.

With De Bruyne’s brand of stroking the ball — a kind of light caress with the point of his boot –producing passes that slither round the toe ends of his opponents and David Silva’s pirouettes in the middle, producing space where none seemed to exist, City produced a dance of the five veils around Arsenal’s toilers.

This relationship with the ball, the stroked passes, cushioned and repeated one-twos, as if the purveyor of the pass will only play the ball if you promise to pass it straight back, sometimes seems to border on a reluctance to shoot, for fear of not seeing it again for a minute or two. But this too has dwindled: City’s 52 goals in all competitions lay bare another myth that they overpass the ball.

If the object be possession married to rapid exchange — of both ball and player position — here we have it in all its flourishing glory. Watch the likes of Stones, Otamendi and Fernandinho, the defensive axis, in the seconds after they have delivered their pass. They do not dwell on the beauty of their work. They do not stand and watch the next act’s party piece. They move on immediately, into the nearest tiny space to offer the next out-ball when it is needed. This pass-move-pass-move quickstep happens all over the pitch and leaves a shattered opposition chasing shadows until their legs give up beneath them.

It is this masterclass of simplicity that is surely ushering Manchester City into an era that will be long remembered for its style and panache. Among the swirling arguments over the duty to entertain and the need to win, Guardiola’s team has fused the two together to stunning effect.

Liverpool boss Klopp clashes with Carragher over no Van Dijk replacement
Unfancied and unfashionable Augsburg continue to prosper in the Bundesliga against all odds
Lionel Messi made his Barcelona debut 16 years ago today. A lot has happened since then
Real Madrid lead Barcelona in pursuit of PSG’s Kylian Mbappe
Isco 4/10, Marcelo 5/10 as Madrid slump to shock defeat vs. Cadiz