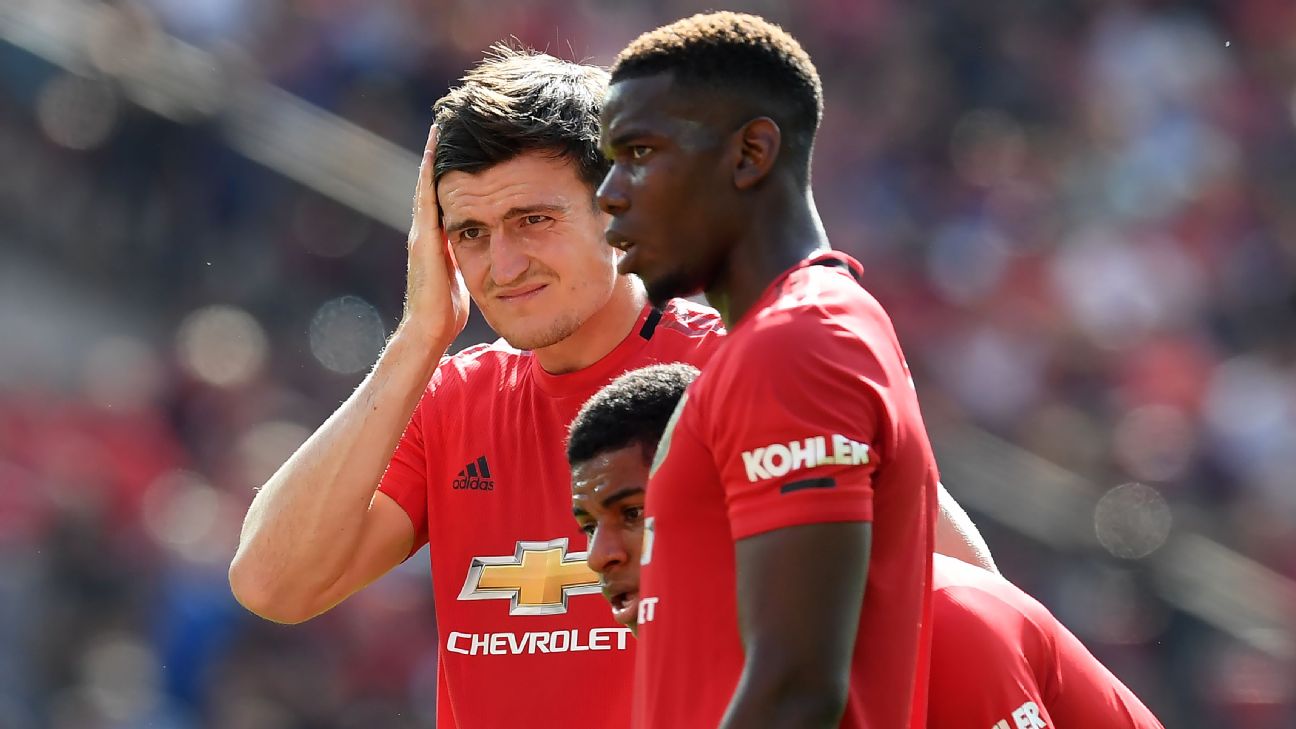 
The Europa League group-stage draw is done, but what are the main storylines?

What are Man United’s prospects in Group L?

It will be a trip into the unknown for United, who will become the first English side to face Kazakh champions FC Astana. As well as a nine-hour combination of flights for fans, the trip will require mastery of an artificial pitch and an opponent that, while they should be beaten comfortably at Old Trafford, have a formidable European record at home. Astana have won nine of their last 11 Europa League games at Astana Arena and disposed easily of Rennes, who ran Arsenal close in the knockout stages, last season.

That will make a trip to Partizan Belgrade seem small fry but the atmosphere inside Partizan Stadium will be predictably hostile. United should have few problems in either tie against the Serbian runners-up if their youngsters — upon whom Ole Gunnar Solskjaer will probably rely significantly in this competition — can handle the occasion. They will meet their old boy, Zoran Tosic.

At least AZ Alkmaar makes for a much quicker trip. The 1981 UEFA Cup runners-up — who lost to Ipswich Town that year — and Europa League quarterfinalists as recently as 2014 should not pose too many problems, but boast familiar names in ex-Southampton midfielder Jordy Clasie and the former Aston Villa centre-back Ron Vlaar.

Prediction: Manchester United to win the group, with Astana scraping through behind them.

What are Arsenal’s prospects in Group F?

First and foremost, Unai Emery will be relieved at the lack of air miles required to face Eintracht Frankfurt, Standard Liege and Vitoria. None of Arsenal’s opponents are more than two hours away and, while they could certainly have drawn an easier group, the Gunners should be confident of going through.

Eintracht will probably progress with them and will stage a fierce battle for top spot, even if last season’s semifinalists lost their star forwards Luka Jovic and Sebastien Haller over the summer. They ran Chelsea within inches of a place in the final and their vocal support, both at home and away, should create atmospheres to savour.

Both clubs will need to be wary of Standard Liege, who finished third in Belgium’s top flight last season and are well managed by Michel Preud’homme. Arsenal defeated them twice in the 2009-10 Champions League and, back in 1993-94, overcame them 10-0 on aggregate in the Cup Winners’ Cup.

The Belgian side can call upon Alen Halilovic, the one-time Barcelona wonderkid who is now on loan from AC Milan, and will be particularly dangerous at home. Portuguese side Vitoria, who scraped past a weak FCSB in the playoffs, look the least strong of the quartet and are unlikely to challenge for qualification.

Prediction: Arsenal to qualify as group winners, but after a couple of tight contests with Eintracht.

Nuno Espirito Santo’s side might have hoped for a softer draw but, after beating Torino, will bounce into their first group stage appearance. Besiktas and Braga both have years of European experience and the latter, who beat Spartak Moscow in the playoffs, should not be discounted. Slovan Bratislava look likely to be Group K’s whipping boys.

Who are the smallest team in the competition?

In country terms it would be F91 Dudelange, who come from tiny Luxembourg and play in a stadium that would barely meet English non-league standards. But they reached last season’s group stage and performed creditably, so in terms of sheer obscurity and novelty it has to be the Ukrainian club Oleksandriya. They have bobbed around in the country’s lower leagues for most of their existence but last season finished third in the top flight and make their debut in the competition proper. Their home city, which has around 80,000 inhabitants, is difficult to reach although their CSC Nika stadium holds just 7,000 fans so they may play in nearby Zaporozhiya or Dnipropetrovsk. Wolfsburg, Gent and Saint-Etienne will face a trip into the relative unknown.

What are the worst away trips?

Astana will have neither distance nor, as winter approaches, climate in its favour for travelling supporters. It is also a strange, hyper-modern city of extraordinary architecture that rises out of the steppe and is short on tourist infrastructure. However, it will be a memorable journey for those who choose to make it.

Anyone who visits Krasnodar will find a sleek, modern stadium that should really have been a World Cup venue last year. But the journey itself will be tough one if you support Getafe, whose fans will spend at least eight hours in the air.

The trip to face Qarabag, from Azerbaijan, is a notoriously arduous one — with the host country of last season’s final making global headlines in May when Arsenal kept Armenia international Henrikh Mkhitaryan at home as a result of the countries’ geopolitical differences. There should be no such dilemmas for Sevilla, Apoel and Dudelange but Baku is hardly a destination high on most lists.

Any dark horses who might make a deep run?

Two excellent candidates can be found in Group C. They may not win the tournament but look out for Trabzonspor, from Turkey. They are brimful of ambition and newly spearheaded by Daniel Sturridge, as well as the Crystal Palace loanee Alexander Sorloth. Could both they and Krasnodar pip Getafe and Basel to go through? Krasnodar have been excellently managed over the last few years and a Champions League place is surely not far off. Coming through a tough group here would suggest they can go much further than last season’s round of 16 finish.

How about the weirdest groups?

United’s group is almost certainly the most diverse although there is something for everyone in Group A, which features a match between Luxembourgish and Azeri teams that would have been inconceivable at this level not so long ago.

And the must-see games?

Malmo and Copenhagen are separated by just 30km and a bridge. Now they will play out a pair of rare Sweden-Denmark derbies in what might be the hottest atmosphere of the entire group stage.

Celtic must have been hoping to consign CFR Cluj, who dumped them out of the Champions League qualifiers little over a fortnight ago, to distant memory but Neil Lennon’s side have an early chance of revenge in group E.

Where potential heavyweight clashes are concerned, Roma against Borussia Monchengladbach — both teams boasting exciting new managers in Paulo Fonseca and Marco Rose — looks a tasty group-stage encounter, while Sporting CP against PSV pits two of Bobby Robson’s former clubs against one another.