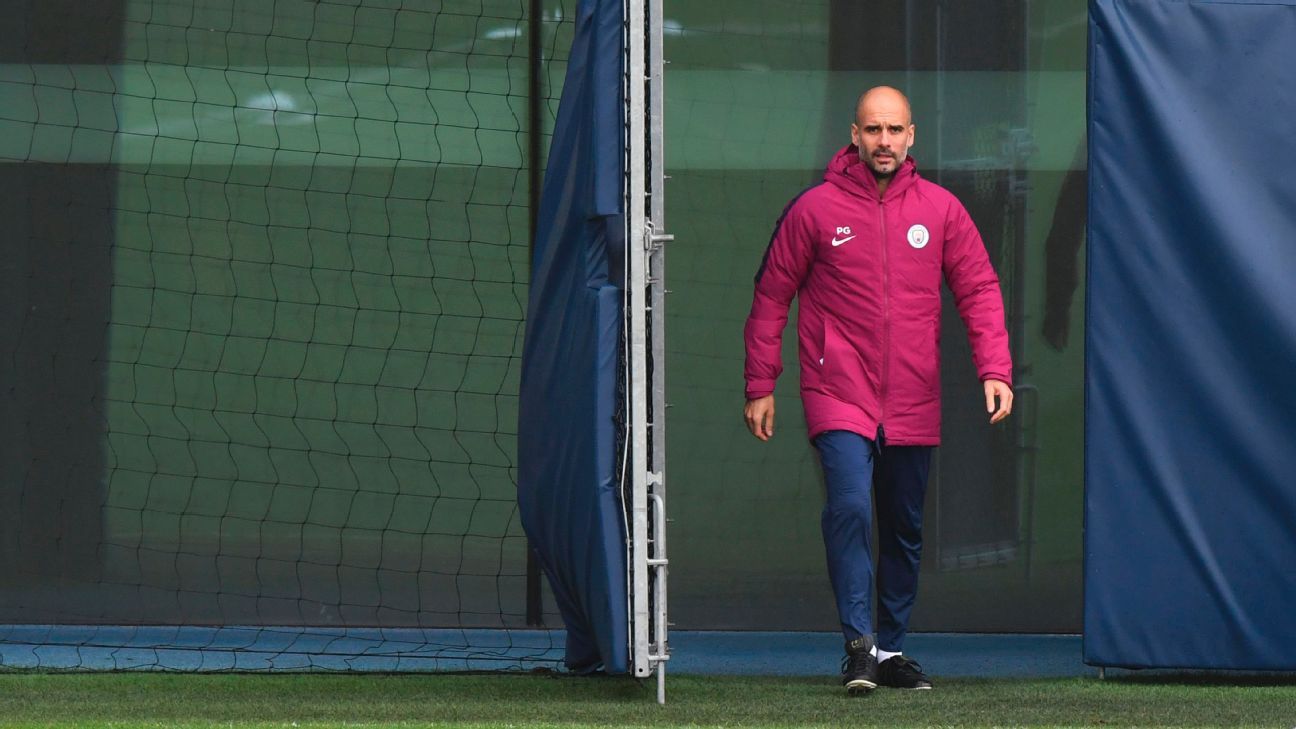 
NAPLES, ITALY — Pep Guardiola says he is not interested in playing for a draw away to Napoli despite Manchester City needing only a point to qualify for the round-of-16 of the Champions League.

City have won their opening three games in Group F, including a 2-1 win at home to the Serie A leaders in their last fixture as part of a club record 13 successive victories.

And Guardiola wants to extend that run — ruling out the option of playing more defensively despite a draw being enough to be certain of reaching the knockout stages for a fifth successive season.

“Why would we play for a draw when we can play for a win?” the City boss told a news conference. “We are going to try to win the game against Napoli like at West Brom [last Saturday]. They are athletes, they play a game — we want to win.”

Earlier, Napoli coach Maurizio Sarri described both Guardiola and City as “the best in Europe” although he added that the Premier League leaders are not unbeatable.

The Spaniard has also been complimentary of Sarri and his side but insists his side will not go to the Stadio San Paolo with anything to fear.

“I think we are going to have the same approach — both us and Napoli, we are two similar teams,” Guardiola said. “Obviously it’s always difficult to play away in these stadiums but I’m very honoured to be here as a coach in this stadium as I’ve never had the opportunity before.

“There is no fear, just a lot of respect for the way Napoli play. It’s just a game so there should never be fear. We must remember we are a very young club in Europe, we don’t have a history like Juventus, Milan, Bayern Munich, Barcelona, Real Madrid.

“We only have four players that have played at this level and a lot of young ones. Tomorrow is going to be an important new task for us to try to improve and grow as a club.”