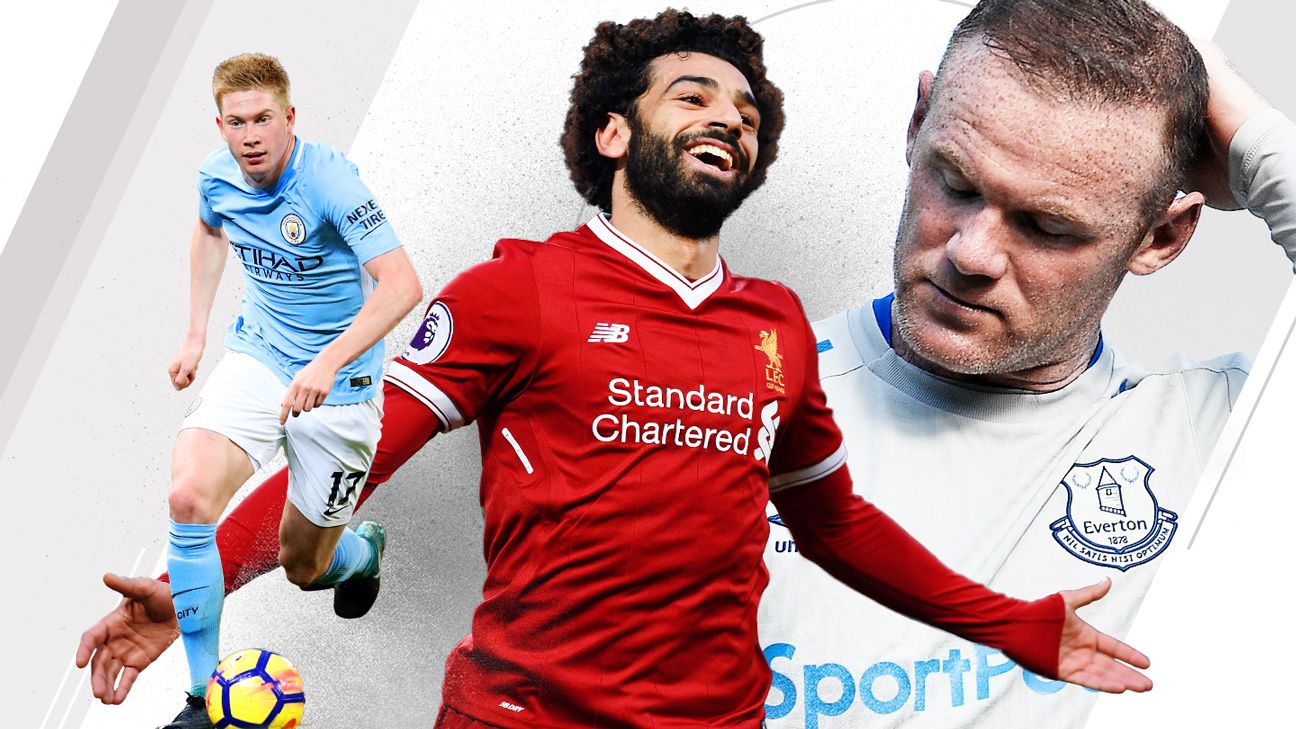 
The Premier League season is at its half way point so who is top of the tree at Christmas and who still has work to do?

ESPN FC’s club correspondents look at the 2017-18 campaign so far and grade their team from A to F, as well as picking a star man, flop, key question and prediction for the rest of the season.

Click on each correspondent for a full breakdown of the campaign to this point.

It has been a stunning campaign from Pep Guardiola, who started the season under immense pressure to deliver. He has done so in style, with Kevin De Bruyne the standout star.  >> Jonathan Smith

In any other season, this would have been a successful campaign so far but even though Paul Pogba has shone, Manchester City’s achievements have put Jose Mourinho’s men in the shade. >> Rob Dawson

It has been a mixed season for Chelsea, with the key question surrounding Antonio Conte’s future. Is this his final season or can he be convinced to continue? >> Liam Twomey

Jurgen Klopp’s “Fab Four” provide the Reds with hope but will the coach’s rotation policy come back to bite Liverpool in the second half of the season? >> Glenn Price

Tottenham have struggled at times this season, failing to build momentum in the Premier League. Dele Alli has disappointed, although Harry Kane’s form in front of goal offers some hope. >> Dan Kilpatrick

Arsenal’s title challenge was over as early as November. Mesut Ozil has emerged as their creative force but Alexis Sanchez has flopped after he failed to leave during the summer. >> Mattias Karen

With a season that threatened to turn into utter despair and a battle with relegation, Sam Allardyce has stepped in and steadied the ship at Everton, with Jordan Pickford the standout performer in a troubled campaign. >> Luke O’Farrell