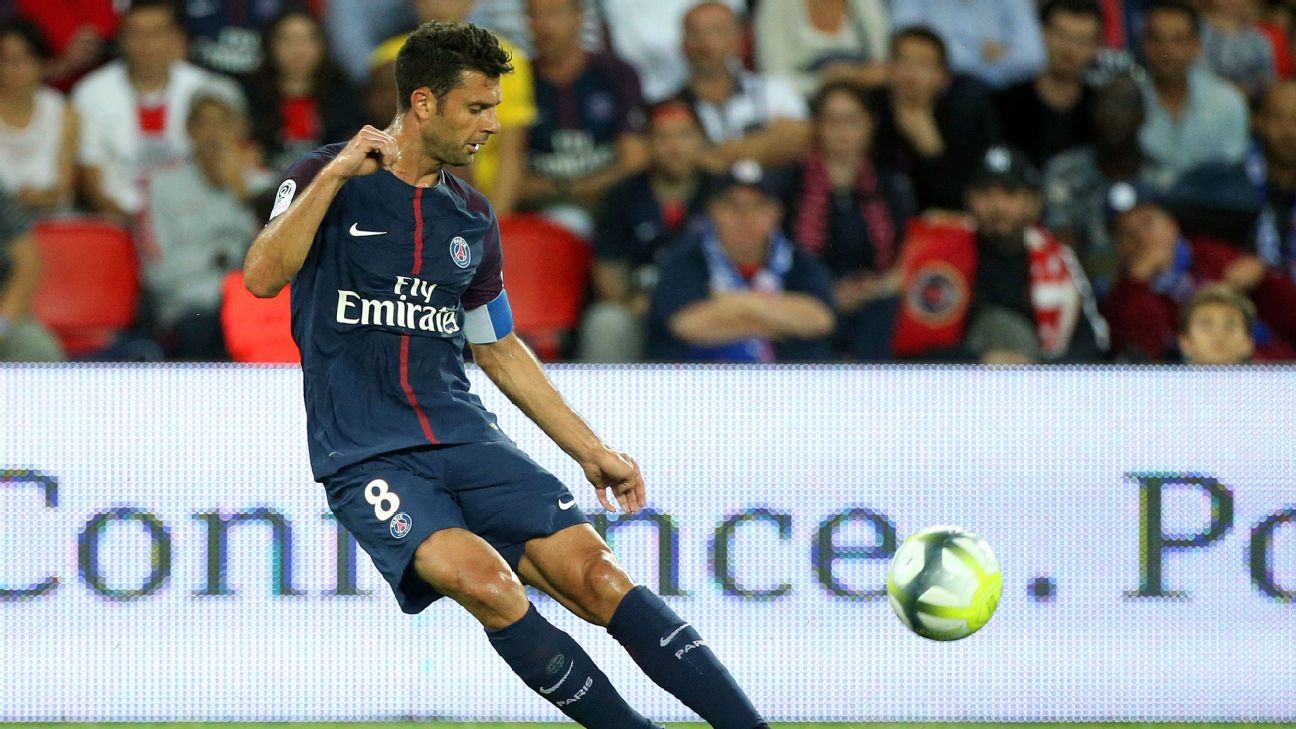 
Paris Saint-Germain are without Thiago Motta and Lucas Moura for their clash with Bayern Munich in UEFA Champions League Group B on Tuesday.

Coach Unai Emery opted to leave the Brazilian out of his 19-man travelling party, while the veteran Italian continues to recover from surgery on a lingering knee issue last month.

Motta, 35, is expected to return to training shortly after his right knee underwent arthroscopic cleaning, while Lucas has been informed in no uncertain terms that he has no future with PSG and could be on the move come January.

Captain Thiago Silva has returned to the group for the trip to Germany and will likely skipper the side alongside Marquinhos at Allianz Arena on Tuesday, while star attackers Kylian Mbappe, Edinson Cavani and Neymar (MCN) have also been included by the Spaniard.

Christopher Nkunku is part of the squad and should act as cover for the other 18 names on Emery’s list, while Germany internationals Julian Draxler and Kevin Trapp return to their home country.

Hatem Ben Arfa remains ineligible and has not featured in a competitive squad all season anyway, while youth academy graduates Alec Georgen and Moussa Diaby are on UEFA Youth League duty.