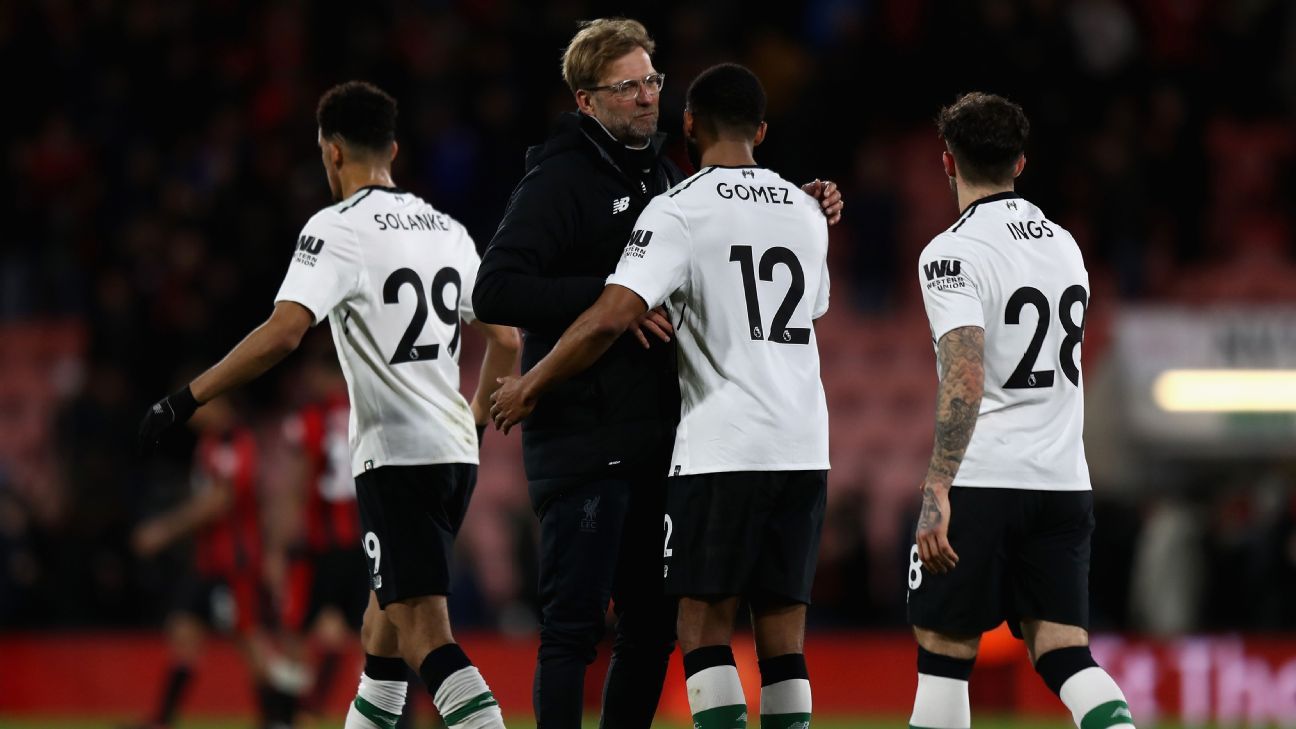 
“Styles make fights” is a common expression used in boxing. It applies equally to football and few styles match up better than Liverpool and Arsenal, who meet on Friday night in a mouth-watering match at the Emirates. Entertainment is virtually guaranteed whenever these two meet because for both managers, the focus is always on what their team is capable of rather than trying to stifle the opposition.

While the opponent’s strengths and weaknesses are obviously taken into account, the over-riding approach of both Jurgen Klopp and Arsene Wenger is “let them worry about us.” Neither would know how to spoil a game even if they wanted to and let’s face it: neither of them want to.

Just one point currently separates the long-time rivals in the Premier League table, with Liverpool currently just ahead. Both have conceded 20 goals in 18 games, which goes a long way towards explaining why they are occupying fourth and fifth positions in the table instead of second and third. Neither side can be trusted defensively, which again would point to Friday night’s game being great fun for the neutrals.

In fairness, Liverpool have actually been much tighter at the back in recent weeks but rather than inspire confidence in supporters, that only tends to make them brace for the inevitable implosion.

Even more unsettling for fans is that both Ragnar Klavan and Simon Mignolet have spoken this week about how well the team are now defending. The expression “pride comes before a fall” should be pinned on the dressing room wall because time and again, Liverpool’s players have tempted fate in this manner only to have it blow up in their faces in the very next match.

Simply put, goals are likely at both ends in this one. Astonishingly, Liverpool have put 11 past Arsenal in the last three league meetings, conceding four. This fixture last season ended 4-3 to Klopp’s men and few would be shocked if there was a similar scoreline this time. Seven goals are more likely than one or none.

While Arsenal’s quality makes this a difficult game for Liverpool, it must also be refreshing for the Reds to face an opponent that is not set up entirely around stopping them from playing. In recent weeks, points have been dropped against Chelsea, Everton and West Brom, three sides who set up defensively with the emphasis being almost entirely on frustrating Liverpool.

Chelsea paid the Reds a huge compliment by including only two attacking players at Anfield. It’s the sensible approach as taking Liverpool on toe-to-toe rarely ends well for the opposition. Spartak Moscow and Bournemouth both tried that recently and lost 7-0 and 4-0 respectively. Arsenal tried it back in August and also lost 4-0, but don’t expect Wenger to suddenly shut up shop this time. Arsenal are at home and will be looking to make up for their dismal showing at Anfield.

Liverpool can expect to face an opponent whose primary concern is to win the game rather than not lose it. For their part, Arsenal probably feel the same way. They too are accustomed to opponents sitting back in numbers and defending their own penalty area. Liverpool won’t do that but they will present a different type of problem with their high press and pace on the counter attack.

Few of Liverpool’s opponents show the kind of adventure that Arsenal do and send so many players forward to join the attack. The pragmatic approach works best against Klopp’s side but Wenger doesn’t do pragmatic. He never has. Even in that meeting between the sides earlier this season, Arsenal enjoyed their fair share of possession and were able to get numbers forward in attack. Ironically, that largely contributed to their downfall as Liverpool ruthlessly exposed them on the break. Three of Liverpool’s four goals that day came just seconds after Arsenal lost the ball in the Liverpool penalty area.

The 4-0 scoreline didn’t flatter Liverpool on the day; it could, perhaps even should, have been double that. It was a miserable day for Arsenal who were both outplayed and outfought. In the Gunners’ side that day was Alex Oxlade-Chamberlain, in what turned out to be his last game for the Londoners before making the switch to Anfield soon after.

After an impressive display at Bournemouth last weekend, “Ox” will be hoping to retain his place against his former side and show that there is more to Liverpool’s attack than just the “Fab Four” of Mohamed Salah, Sadio Mane, Roberto Firmino and Philippe Coutinho. It’s harmless fun but that tag has understandably irritated Klopp, who feels it shows a lack of respect to Liverpool’s other attacking players, such as Daniel Sturridge, Dominic Solanke, Adam Lallana and of course Oxlade-Chamberlain.

Predicting Liverpool’s starting line up is virtually impossible these days due to the amount of rotation by Klopp, but Arsenal have a large squad too and Wenger will have numerous options available. Olivier Giroud won’t be one of them though, which is good news for Liverpool as the Frenchman is a big danger in the air and also allows Arsenal to mix up their style.

Regardless of who Wenger chooses to lead the line, Arsenal will want to impose their style of football onto Liverpool and so all signs point to this being another classic and the perfect way to kick off the festive fixtures.