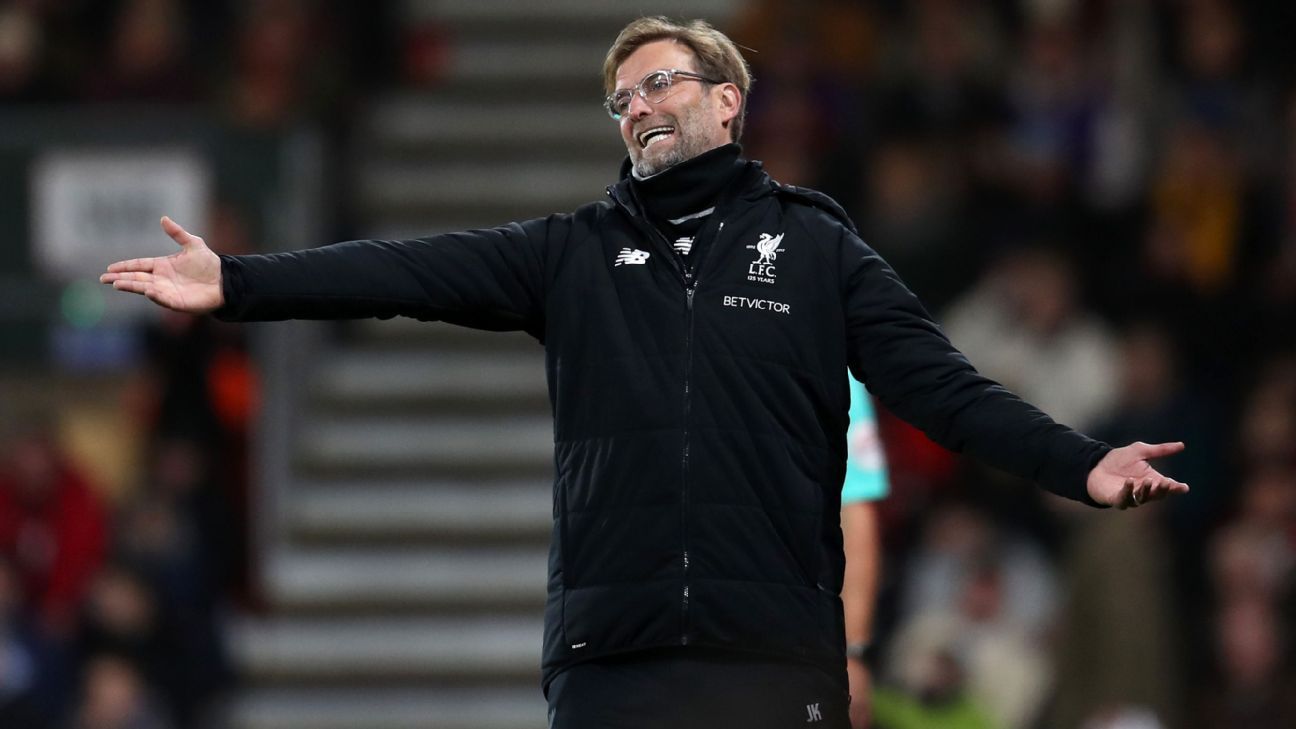 
There are certain footballing topics that appear to become a major issue every few years and considering the nature of the word, “rotation” seems a perfect example.

It’s currently a hot topic in the aftermath of Jurgen Klopp’s decision to rotate his side for the recent 1-1 draw against Everton. Liverpool stumbled in typical fashion, outplaying the opposition before one defensive error cost them two points. Yet Klopp’s team selection, rather than Liverpool profligacy or defensive errors, was held culpable.

It was unfair but entirely predictable: English football has never been confident with the concept of rotation. John Terry, for example, recently said squad rotation was “his biggest bugbear” in the sport. But rotation has increasingly become necessary, however, for top sides to compete in all competitions at the highest level.

Squad rotation in English football was effectively popularised by Manchester United during their treble-winning season of 1998-99. Previous United sides had generally retained a settled starting XI but realising the need to play every match at high intensity, Sir Alex Ferguson concentrated upon squad depth, particularly in attacking positions.

Never before had English football seen a striking quartet as formidable as Dwight Yorke, Andy Cole, Ole Gunnar Solskjaer and Teddy Sheringham, four players who were accustomed to finishing as top goalscorer for their club. But Ferguson used all four to perfection: Yorke and Cole formed the best partnership but it was Sheringham and Solskjaer who provided the decisive moments in the final seconds of United’s season.

United had a very good team but an outstanding squad. In subsequent years, rotation became an accepted concept at top-level clubs, especially when the big sides started to consider Champions League progress as a minimum requirement rather than an added bonus.

Yet the past two seasons proved something of an exception as Leicester’s 2015-16 title winners and Chelsea’s champions last season both ended the campaign having made fewer changes than any other Premier League side. Of course, there’s something of a chicken-and-egg situation here: their managers didn’t make many changes in the second half of the season because they had found a cohesive, harmonious and winning starting XI. But the familiarity between players clearly helped.

So what’s up with Liverpool this season? Well, the crucial difference is clearly the fact Liverpool are playing in European competition unlike the previous two title winners. Playing the same side is much less viable and Klopp has therefore been forced to make changes but the more pertinent difference is about footballing style.

Leicester and Chelsea were about collective organisation and a very solid defensive shape, whereas Liverpool’s defensive approach depends more upon pressing: there’s probably been less than usual this season, but it’s still a factor. And therefore, while Chelsea players’ approach without possession involved shifting a few yards either side as a unit while waiting for the opposition to come to them, Liverpool’s players are being forced to push up and get tight. It involves much more sprinting and is much more tiring. Rotation becomes crucial but the extent of the rotation is notable.

This translates into four changes per match, and it’s no coincidence that Klopp has started to make more changes in recent weeks given a particularly packed festive fixture list. He’s made 32 changes in the last six games having made just 11 in the previous five. Perhaps this constitutes too many changes.

The problem with discussing rotation, however, is that it inevitably ignores the positive aspects. Klopp’s continual freshening of the side means that Liverpool have often appeared the most mobile, dynamic side in the Premier League. They are surely the most threatening side on the counter-attack, evidenced again by the 4-0 thrashing of Bournemouth on Sunday. Opta statistics suggest Liverpool have scored nearly double as many counter-attacking goals this season as any other Premier League side.

They also remain capable of pressing excellently when required, and this will surely be a factor in Friday night’s clash with Arsenal. The forwards work harder without possession than any other side in the Premier League. That’s might be due to the fact that they haven’t been used too much. Mohamed Salah has played 81 percent of minutes, Roberto Firmino 77 percent, and (while injury has been a factor), Coutinho 52 percent and Sadio Mane 48 percent. If they need to sprint constantly on Friday night, they’ll probably be able to.

Compare this with, for example, Manchester United’s Romelu Lukaku. He’s played 100 percent of United’s Premier League minutes and has often looked sluggish in recent weeks. Arsenal’s Hector Bellerin, once considered the Premier League’s quickest player, looked exhausted in the recent draw with West Ham, barely sprinting into the final third at all. He hasn’t missed a minute either. The recent form of both Christian Eriksen (94 percent) and Dele Alli (86 percent) at Tottenham has also been concerning, for these players simply aren’t as fresh.

But the drawbacks are impossible to ignore. Liverpool don’t have great back-up options in certain positions — Dominic Solanke hasn’t convinced as a centre-forward, for example — and rotation exposes this dearth of depth. The defensive mistakes can also partly attributed to the fact that out of 18 Premier League games, no Liverpool defender has started more than 13. This is the area of the pitch where cohesion is necessary as their defenders simply don’t have a great understanding.

The debate about rotation, however, always seemed skewed towards the negatives. At their best Liverpool are the only Premier League side that can boast anything close to Manchester City’s attack thanks to their electrifying high-tempo breaks, which owes much to the freshness brought about by rotation.

PSG’s Mbappe intrigued by Liverpool move ahead of Real, Barcelona
La Liga kept Messi at Barcelona, but the talent drain to the Premier League is a concern
Man United given new hope in Sancho chase
Man United boss Solskjaer must drop Pogba and De Gea to save his job
Real Madrid, Barcelona edge in on Manchester United’s Fernandes