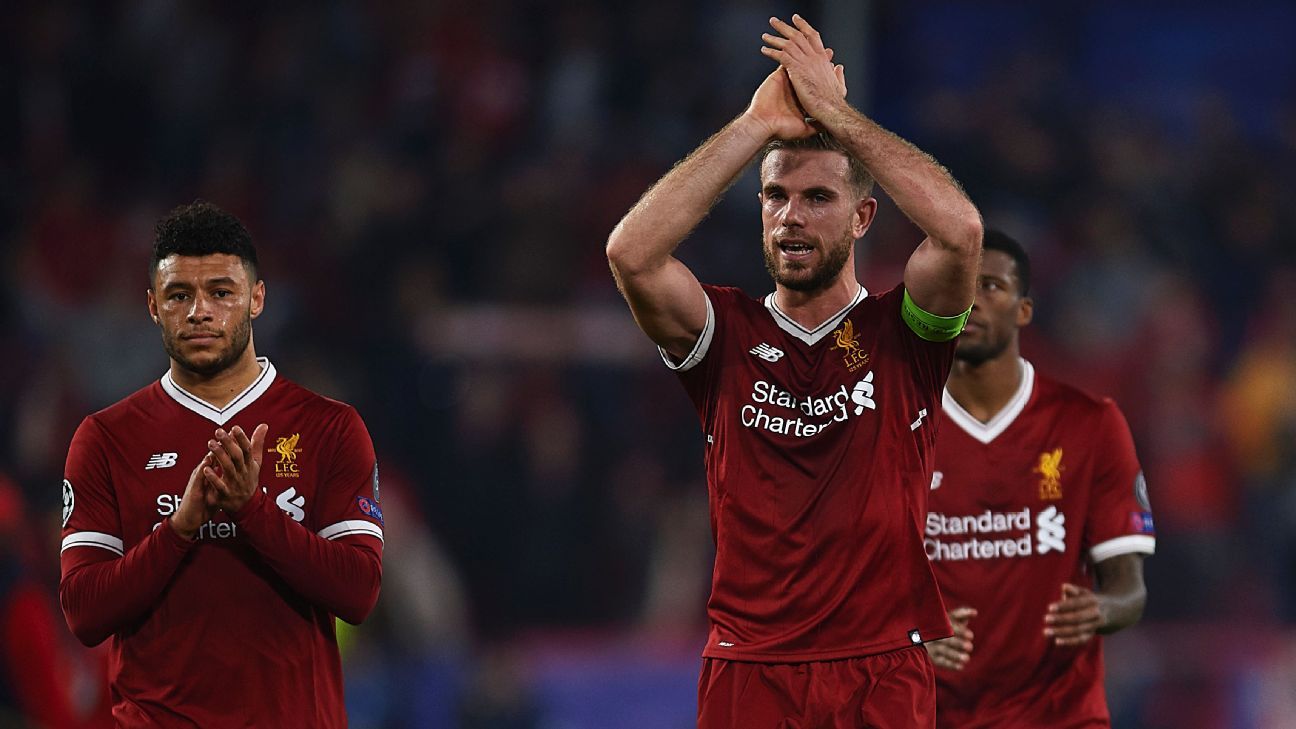 
LIVERPOOL — Loris Karius has told ESPN FC that Liverpool’s Champions League decider against Spartak Moscow will be a “final” for both teams.

After losing a 3-0 lead at Sevilla last month, Liverpool need to beat Spartak at Anfield on Wednesday to secure top spot in Group E. The Russian champions are third, trailing second-placed Sevilla by two points.

And Karius, Liverpool’s goalkeeper in the group stages, said in an exclusive interview: “Maybe it’s a bit more pressure, but I think in football you always have the pressure before every game.

“It’s the same in the league — if we don’t win this one or this one, you slip too far back.

“Maybe it’s a final for Spartak and for us. We can also win something, we can finish top of the group. We just need to focus on the positive things.

“For the other team it will be way more difficult. They’re coming to Anfield and they need the three points but we have our crowd and our stadium. There’s always pressure, but nothing to be too nervous about.

“In the last game [against Sevilla] we were almost through. We didn’t play well second half, but that’s stuff you have to learn from.

“We want to take the positives out of it and still progress as top of the group. Then you’re in the knockout stages and anything can happen. It will be the highest quality, so you want to be part of it.”

Liverpool head into the game with Mohamed Salah, the Premier League’s top goalscorer, firing on all cylinders, and Karius said: “At the moment, he’s on fire.

“Anything he hits is going in really. For us, I hope it stays like this.

“He’s a great guy to play with and I think everyone is happy to have him on board. At the moment, he’s the man of the hour.

“He’s a great player. You can see in every practice how good he is in front of goal, when he takes on players with his speed. All in all, a very good player.”

Simon Mignolet currently occupies the No. 1 jersey after a preseason battle with Karius and Danny Ward, leaving Karius second in command.

Nearly 12 months ago Karius had a stint as first choice shortly after returning from a broken hand, but he struggled and Mignolet was reinstated.

“It was just a few games that were not good,” Karius said. “I also just came back from injury. Maybe I wasn’t at my highest level.

“We didn’t play well for a couple of games, I didn’t do so well and this stuff happened. I learned a few things that I can take with me, although it wasn’t positive. I took it with me and it’s more experience.

“Hopefully I’m also developing because I’m still young. I don’t think I was a bad keeper when I got here. That’s it, really.”