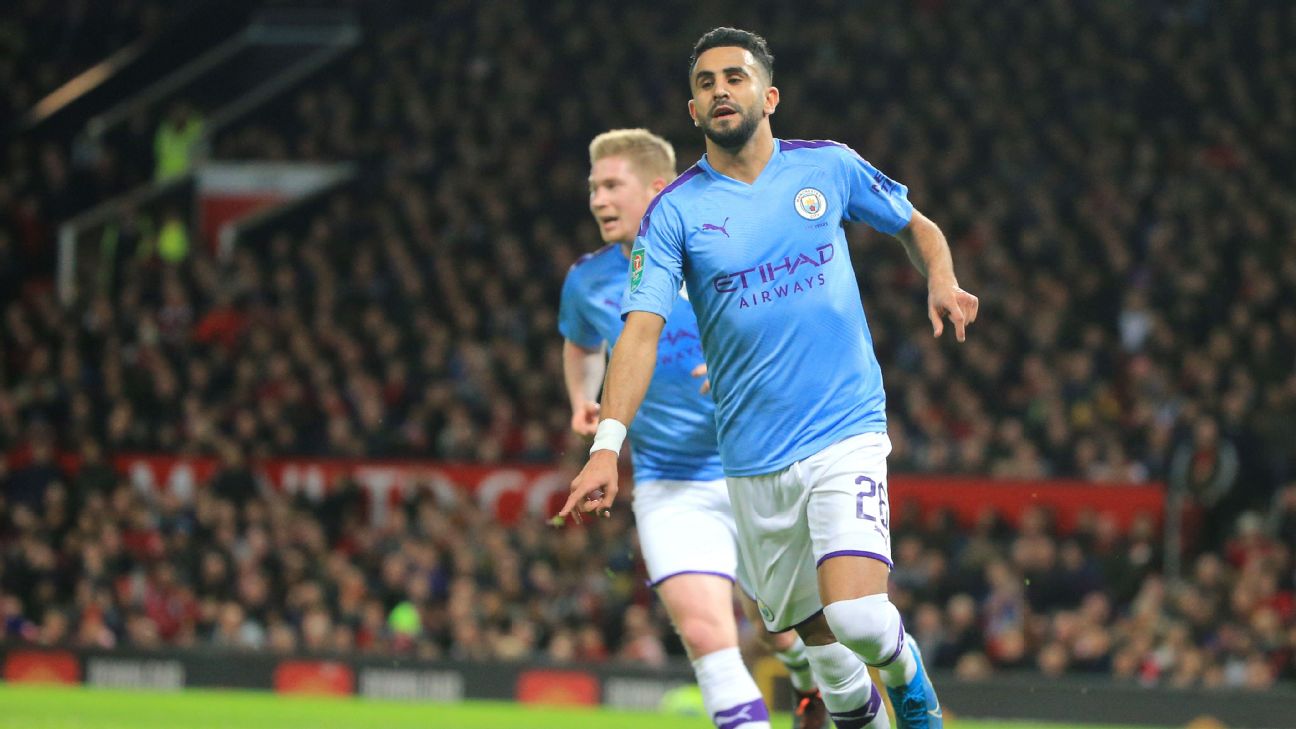 Manchester City winger Riyad Mahrez will be allowed to leave the Etihad at the end of the season, with Paris Saint-Germain keen to bring the Algerian to Ligue 1, says Calciomercato.

Mahrez, 29, has had a hand in 23 goals in 37 games in all competitions this season to help guide City to the brink of the Champions League quarterfinals, but with Pep Guardiola’s side potentially set to miss out on European football for the next two years following a UEFA ban, reports in the Italian press claim the former Leicester man will seek a move elsewhere to quench his desire to play Champions League football next season.

Thomas Tuchel’s PSG could be forced into the market for a right-sided attacker in the summer if they lose prized asset Kylian Mbappe, who has been constantly linked with a move to Real Madrid.

09.00 GMT: Arsenal will be rebuilding in the summer and Wolves star Diogo Jota is on their shortlist, says the Daily Mail.

Jota, 23, has scored 15 goals in all competitions for Wolves this season and has certainly impressed as the club have climbed the Premier League table.

Sources have told ESPN that, as well as Jota, the trio of Adama Traore, Raul Jimenez and Ruben Neves are being eyed for moves to major clubs in Spain, France and England and that Wolves face a battle persuading them to stay.

Arsenal would be delighted to take on one of Nuno Espirito Santo’s most important players, but if they can’t promise European football and Wolves can, it’s going to present a problem for the deal.

Juventus are growing increasingly concerned that their attempts to sign Manchester United midfielder Paul Pogba will be rebuffed, and the Serie A leaders are now lining up a move to sign Lyon midfielder Houssem Aouar instead, according to Calciomercato.

The Frenchman has earned rave reviews for his performances in the Champions League this season, including his outing in Lyon’s 1-0 victory over the Italians in the first leg of their Champions League round-of-16 tie at the end of February.

The 21-year-old has been a regular scouting assignment for the Juve technical team over the past two years but, following renewed frustration over their attempts to land Pogba, technical director Fabio Paratici is now seriously considering switching targets and launching a €60m move for the France Under-21 international.

Former Chelsea manager Maurizio Sarri is set to return to his former club to make a summer bid for Blues left-back Emerson Palmieri, according to The Express.

The Juventus boss is keen to rework his defence, despite his side sitting at the top of Serie A after 26 games, and Emerson is at the top his summer wishlist. The Old Lady had a January move for the former Roma man rejected by Frank Lampard’s side, but that hasn’t deterred them from making plans to launch a second bid.

Emerson is believed to be open to a move, after falling out of favour at Stamford Bridge. The 25-year-old Brazilian has made only two appearances since the turn of the year, with Lampard preferring Marcos Alonso and Cesar Azpilicueta in the left-back berth in 2020.

The bid for Emerson is expected to be in the region of £25m.

– AC Milan are keeping tabs on PSV Eindhoven full-back Denzel Dumfries and are set to make a move for the Dutchman in the summer, according to Calciomercato. The 23-year-old is expected to cost in the region of €15m, after impressing Rossoneri scouts with his performances in the Eredivisie this season.

– Gazzetta dello Sport claims Lazio are lining up moves for AC Milan midfielder Giacomo Bonaventura and Chelsea forward Olivier Giroud at the end of the season. The 30-year-old Bonaventura and 33-year-old Giroud are both available on free transfers in the summer.

– Another from Calciomercato here with Napoli linked with a move for Hellas Verona full-back Davide Faraoni, and the player’s agent has confirmed interest in the player from Napoli boss Gennaro Gattuso. The 28-year-old Faraoni has scored three goals and assisted a further three from right-back in Serie A this season.

Dortmund face Bayern in Bundesliga title showdown: What you need to know
Dortmund striker Erling Haaland suffers knee injury after clash with referee
Barcelona under pressure to sell players before June to balance accounts sources
SC Paderborn 07 vs. Borussia Dortmund – Football Match Preview – May 31, 2020
Why does Real Madrid legend Ferenc Puskas have a statue in Melbourne?