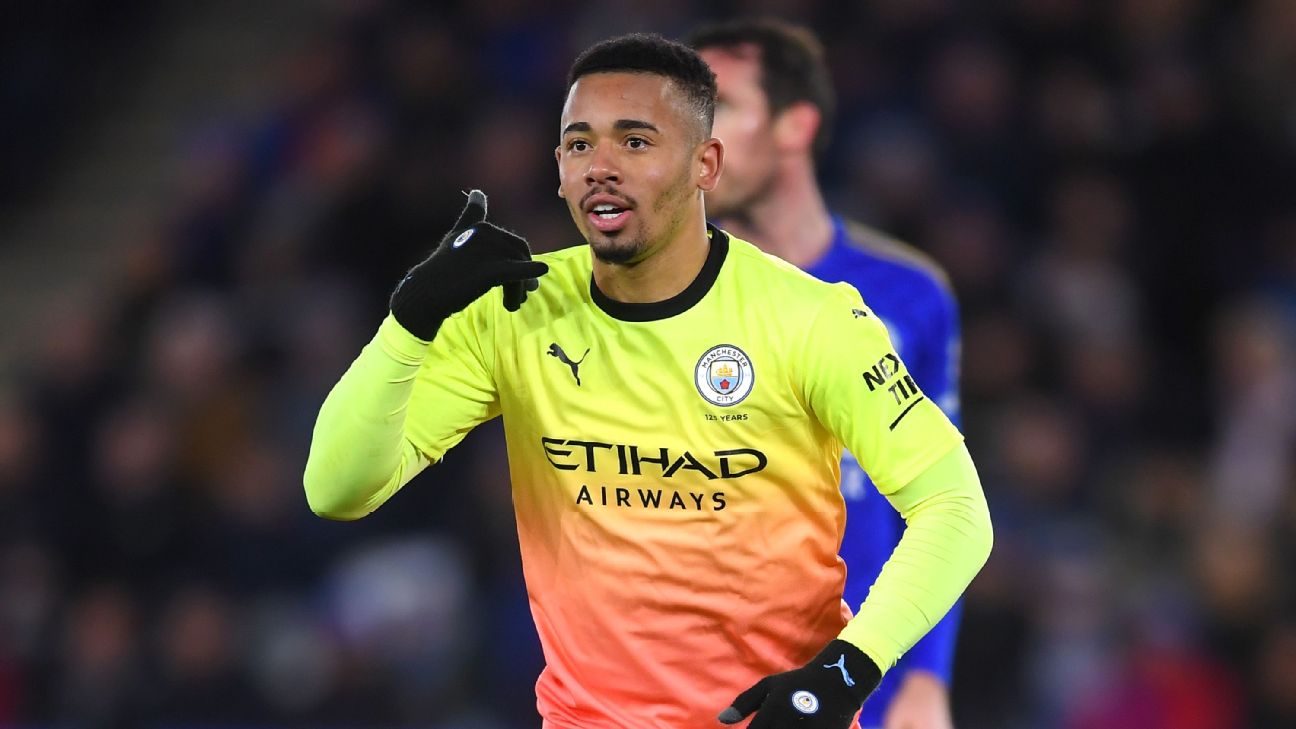 The Bianconeri’s chief football officer, Fabio Paratici, was keen to tempt the Brazilian striker away from the Etihad Stadium in January but could not persuade City to enter into discussions.

However, while Jesus remains a favourite of City boss Pep Guardiola, Paratici believes that the Spaniard could be tempted to sell in the summer as City look to freshen up their squad after a disappointing Premier League campaign.

With Higuain set to leave Juventus this summer and rumours growing about the future of Cristiano Ronaldo, Juve will be keen to land a marquee signing, and Jesus fits the bill. He has scored 18 goals in all competitions this season.

09.15 GMT: Jadon Sancho could remain at Borussia Dortmund for another season as the Bundesliga club are not prepared to sell the England winger at a bargain price amid a collapsing transfer market as a result of the coronavirus crisis, German outlet Sport Bild reports.

Sancho, who turns 20 on Wednesday, has been regularly linked with leaving the Westfalenstadion this summer. Having joined the club from Manchester City’s academy in 2017, Sancho’s three years in Germany have seen him emerge as one of the most promising players in the game.

Manchester United and Chelsea have been heavily linked with Sancho, but Dortmund are holding out for a fee in the region of €130m, and they are not willing to negotiate a bargain deal should the coronavirus crisis lead to the collapse of the transfer market. Dortmund would then still have one more year to cash in on the winger, who is under contract until 2022.

08.38 GMT: The European Club Association (ECA), which consists of football’s most powerful clubs including Real Madrid, Barcelona and Manchester United, has scheduled a board meeting on Friday ahead of emergency talks with FIFA over the potential disruption to this summer’s transfer window caused by the coronavirus pandemic, sources have told ESPN.

Every major football competition in Europe, with the exception of the Belarussian Vysheyshaya Liga, has been forced to suspend all fixtures as a result of spread of the COVID-19 virus. Many European nations, including Italy, France and Spain, are in complete lockdown due to the crisis.

And with no date set for a return to action, concerns are growing within the game that the shutdown will lead to a huge impact on this summer’s transfer market.

There are concerns that, with the prospect of the 2019-20 season being played to a conclusion at an unknown date in the future, the current timescale of the summer window, which runs from June 10 to Sept. 1, will prove to be unworkable if football is to be played throughout the summer months.

All professional playing contracts currently end on June 30, which is likely to pose another major problem unless FIFA is prepared to allow temporary extensions for those players whose deals are due to expire at the end of this season.

08.00 GMT: Chelsea forward Pedro says he is not considering his future right now despite becoming a free agent this summer.

The Spaniard, in isolation in London, told Cadena Ser radio “My contract ends but right now this is not the most important thing. I haven’t even stopped to think about this.

“The most important thing is for everyone to show solidarity. Whatever happens regarding my future will happen but right now is not important as we don’t even know when we will return to training. We have been in quarantine because one of our players [Callum Hudson-Odoi] tested positive for coronavirus, he is now well and are very happy for him.”

Pedro, 32, joined Chelsea from Barcelona in 2015. He has only scored two goals in 18 appearances this season, most recently in the 4-0 win over Everton on March 8, Chelsea’s last game before the Premier League was suspended.

Juventus are not just looking to looking to freshen up their frontline this summer, but they’re also looking to build a new midfield. If reports linking Ronaldo with a move away from Turin this summer are true, the club could have a significant war chest to play with.

Tuttosport say the first name on Juve’s midfield most-wanted list is Brescia star Sandro Tonali, who has been linked with a number of clubs in recent weeks, including Manchester City. Tonali, whose appearance and Lombardi roots have seen him compared to Juve favourite Andrea Pirlo, is enjoying an incredible first season in Serie A, and he has forced his way into the Italy squad.

Unfortunately for Juve, they aren’t alone in their admiration of Tonali, and Inter Milan, City and Paris Saint-Germain are also keen.

Juve have a couple of players filed under “Plan B,” though. Their list includes Rome duo Nicolo Zaniolo and Lorenzo Pellegrini, plus Fiorentina duo Federico Chiesa and Gaetano Castrovilli.

Tuttosport are reporting that Barcelona have reached an agreement in principle for Inter Milan striker and long-term target Lautaro Martinez.

Martinez has arguably been Inter’s most important player this season, as they’ve challenged Juventus at the top of Serie A, and the Argentine striker has been the focus of many club’s attentions, not least Barcelona.

The Spanish giants appear to have edged forward in their ongoing pursuit of the 22-year-old, and Tuttosport believe that there is an agreement in principle between the player and the Blaugrana, who now have to persuade Inter to part with their prized asset.

It looks as though Barca will have to part with €111 million to activate his release clause.

— It looks as though Arkadiusz Milik‘s time at Napoli is coming to an end. Unwilling to sign a new deal and with his existing contract running out in 2021, Napoli might accept somewhere in the region of €50 million for his signature to avoid losing him on a free, according to Calciomercato.

— Speaking of Milan, they look set to take a risk on Nantes’ impressive 20-year-old midfielder, Imran Louza, this summer, Calciomercato reported. The youngster has scored two goals and added two assists in two appearances in Ligue 1 this season. Milan are likely to lose Lucas Biglia and Jack Bonaventura, and Louza has good feet and vision, both of which have impressed the club’s chief scout, Geoffrey Moncada. Louza is likely to cost €10 million.