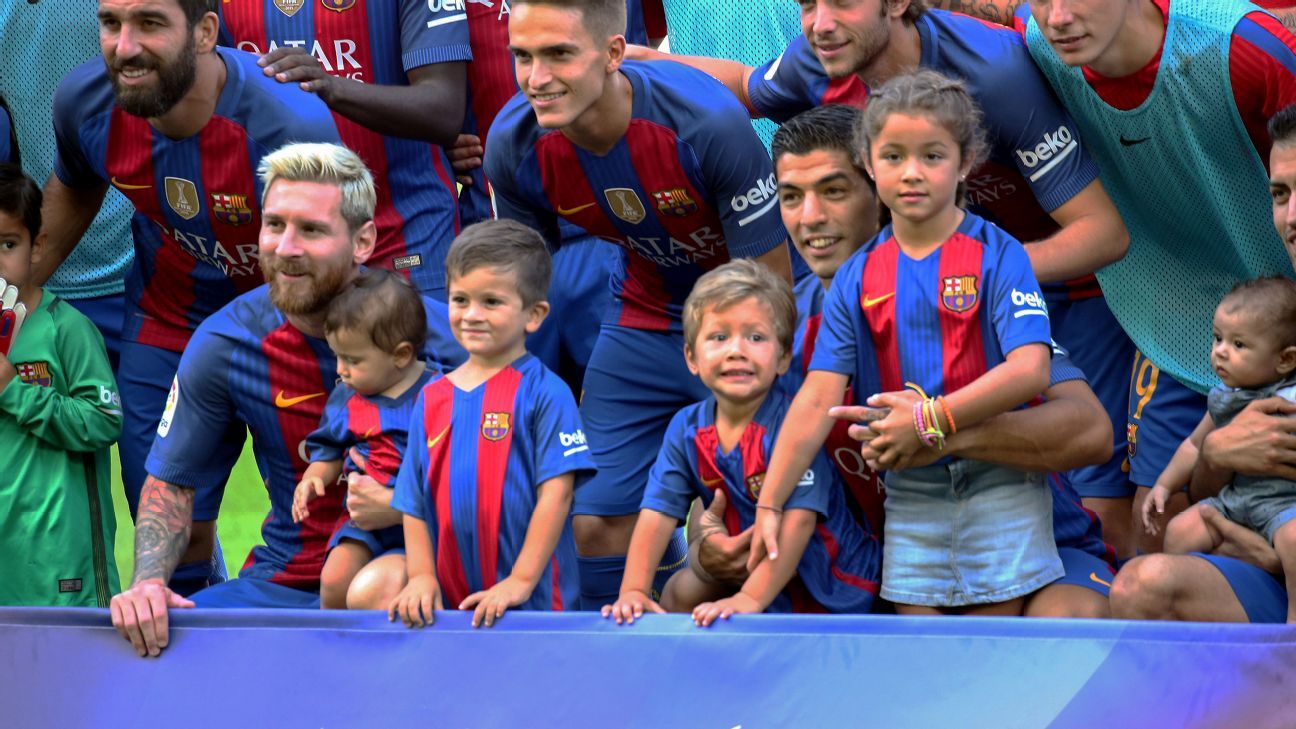 Lionel Messi says his two sons could not have more different personalities, describing his youngest Mateo as “terrible” while the older Thiago is not as football-obsessed as his friend Benjamin Suarez, son of Messi Sr.’s Barcelona teammate, Luis.

The Argentina captain is a devoted father to five-year-old Thiago and two-year-old Mateo and has talked about the difference of their characters in an interview with Argentine TV network TYC Sports.

The 30-year-old Messi jokingly said: “Mateo… terrible. Mateo is a character. They’re very different. Thiago is a phenomenon, really good. And the other, the exact opposite: a son of a b—-. Mateo is terrible. It’s really good seeing how different they are. Mateo does play a bit of football, right-footed. He’s more coordinated. He hits it well. But, he’s small.”

Messi says Thiago isn’t as football-mad as Luis Suarez’s son, adding: “Thiago’s friend is Luis’s son, Benja. They are the same age and he [Benja] is football crazy. He loves to play football, he watches football, he knows all the players. And Thiago no, he likes cars, he likes motorcycles, he plays other things. He likes football, but just a bit. He plays a bit, and he gets tired.”

Messi, whose wife Antonella is expecting the couple’s third boy next year, often posts photographs of himself with his boys.

When his football commitments allow, Messi devotes his time to his sons. Last month he shared a photograph of himself lying in bed and reading a story to Thiago while back in October he uploaded a video of Mateo singing a popular children’s song in the car.