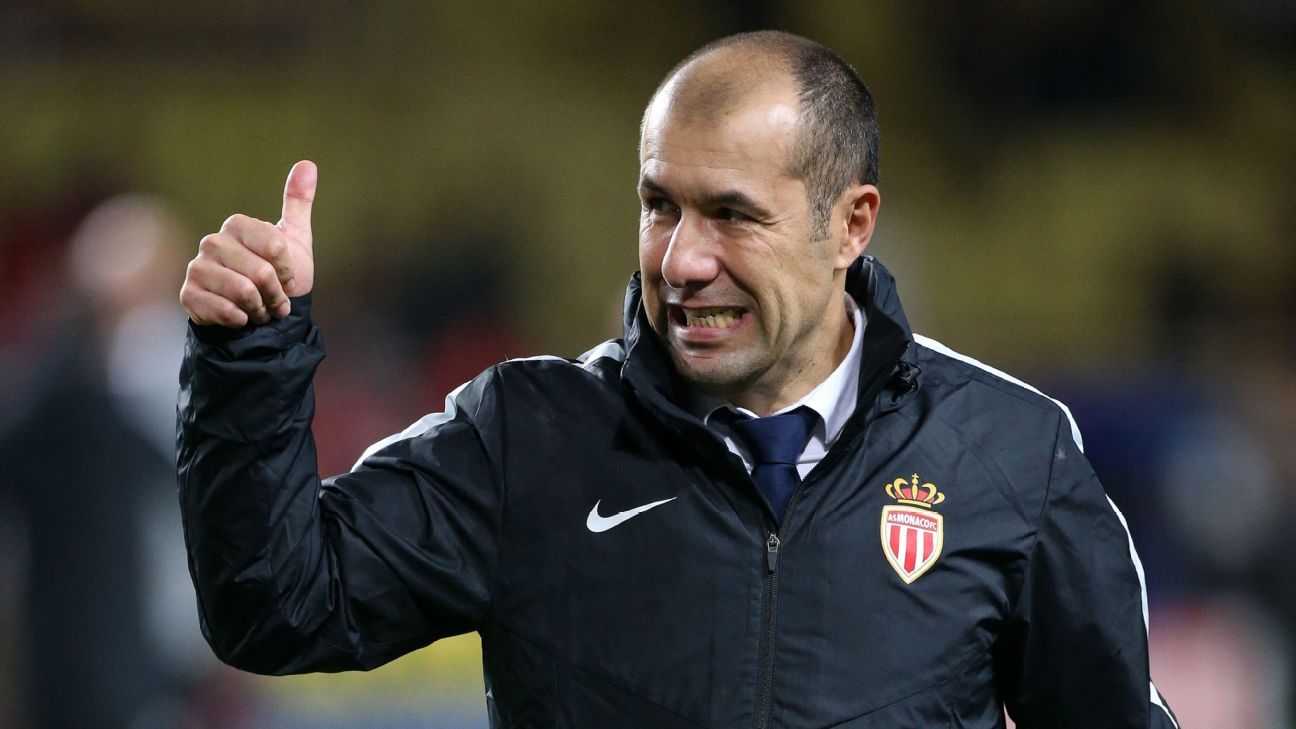 
Monaco coach Leonardo Jardim has admitted that he could be tempted away from the club in the future and has already rejected offers from elsewhere.

Jardim led the club to the Ligue 1 title and the Champions League semifinals last season but they have struggled to keep pace with Paris Saint-Germain this campaign.

Asked if he would consider the PSG job if he was offered it after current coach Unai Emery, Jardim said that he could consider a move away from Monaco but not necessarily to Paris.

“As a matter of principle, I never discuss specific names,” Jardim told Journal du Dimanche. “I do not need to advertise myself.

“I have never stayed long in my previous roles because I have always pushed myself to go higher. This idea has not changed — I would only leave here for a club of greater dimensions.

“I have received offers but few clubs have the right profile, barely a dozen in Europe. I am happy with Monaco and I respect the contract that I extended for one year [until 2020].”

“Our aim is to be as efficient as possible,” Jardim said. “Through their investments, PSG have created a formidable team capable of winning everything.

“We always want to beat them but we have to keep in mind the difference in means between us.”

Fabinho was linked with a move to PSG this summer but it ultimately did not materialise for the Brazil international.

“I spoke two or three times with him this summer,” Jardim said. “He is an exceptional guy — he understood that the club needs him during this period.

“Each summer, everybody thinks that he will leave but he has always remained professional and he has never looked for a fight.”

Sunday’s clash with PSG at Stade Louis II will bring Jardim up against Kylian Mbappe for the first times since the teenager departed, but he refuted suggestions that his relationship with the player ended on bad terms.

“Everything finished well between us.” Jardim added. “I said that I expected Kylian to work harder defensively and that his recent performances were not good enough. There was a time that I also said that to Benjamin Mendy and nobody brought that up.

“The idea was to create an issue but the media exaggerated the story but there was not a war between us.”

Jardim also said that he is still very fond of Mbappe and recently saw him back in Monaco to collect his Golden Boy award.

“Monaco shaped him as a person and made him the youngest professional player,” said the man from Barcelona in Venezuela. “I am sure that he will reach the top of the world game and perhaps win the Ballon d’Or.

“I like him very much — recently, when he returned here to receive the Golden Boy award, he called me to the stage and said ‘coach, come and be in the photo.’ Then he thanked me.

“With Kylian, I acted like a father. Within the group, I also pointed him in the right direction. My role is to tell the player the truth, not to keep telling him that he is the best.”

PSG are six points clear of Monaco at the top of Ligue 1 going into Sunday’s encounter and have already beaten ASM once this season, claiming the Trophee des Champions in Tangier, Morocco back in July.