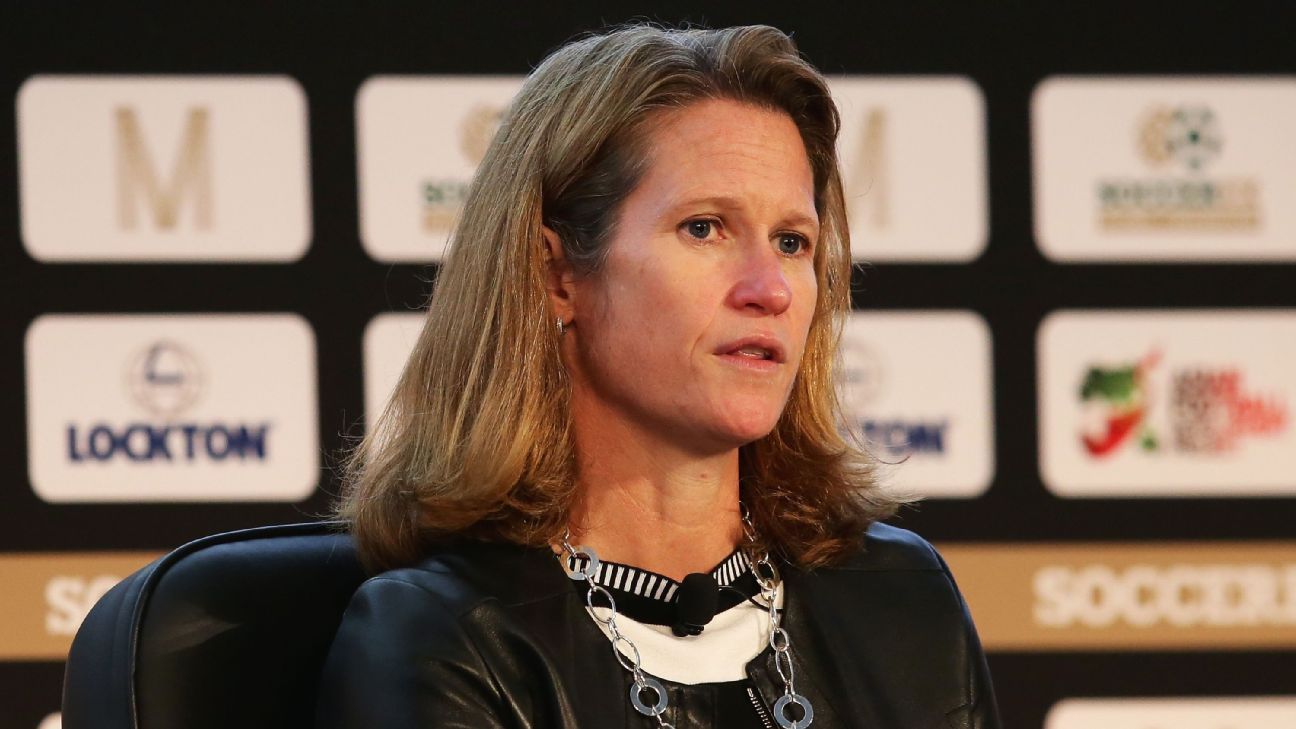 Carter, who helps to run the marketing arm of Major League Soccer, had told ESPN FC on Sunday that she was exploring the possibility of running for the election in February, saying she would use her experience to help achieve “excellence at every level.”

On Tuesday, she confirmed on Twitter that she had decided to enter the race, writing: “I’m excited to announce my candidacy for President of @ussoccer.” She has taken leave of her post at SUM.

The news comes a day after Sunil Gulati, the longtime president of U.S. Soccer, told ESPN he would not seek another term. A source told ESPN FC on Sunday that Carter would run at the urging of Gulati and MLS commissioner Don Garber as their preferred choice, but Gulati declined to endorse any candidate.

In an open letter published on her website, Carter wrote: “The most crucial times are when the most capable leaders need to step up. Our federation is at one of those moments right now, and I am excited to announce my candidacy for president of the United States Soccer Federation. Soccer can, and should, become the leading sport in America, and I intend to make that vision a reality.

“The game of soccer has been a consistent thread through every aspect of my life. I have spent more than 40 years as a player, executive, and fan of the beautiful game. The United States Soccer Federation needs new leadership that understands both business operations and the game. Our growth and advancement as a sport require excellence at every level — from our youth and adult programs to our professional leagues to our national teams.”

Carter is a defender of gender equity in the sport, believing the men’s and the women’s teams should be treated equally. She told The Associated Press: “There should be no delineation between our teams or our programs, for that matter.”

Carter is the only woman in a crowded candidate field that includes former U.S. internationals Paul Caligiuri, Kyle Martino and Eric Wynalda; USSF vice president Carlos Cordeiro; attorneys Steve Gans and Mike Winograd; and entrepreneur Paul Lapointe. They will all need to have three nominations from current board members by Dec. 12.

Carter has a long career on the business side of the game, having served as a vice president for Anschutz Entertainment Group, which owns the LA Galaxy. She has also worked in an executive capacity for Envision, as well as ISL United States, a subsidiary of the company that at one point did business with FIFA, the International Olympic Committee, and the International Association of Athletics Federations.

ISL went bankrupt in 2001 amid hundreds of millions of dollars of debt, and was later found to have paid bribes to leading soccer figures, including former FIFA president Joao Havelange and then-FIFA Executive Committee member Ricardo Teixeira. Carter wasn’t implicated in any of the corrupt activity.

Carter also worked on the organizing committee for the 1994 World Cup, and served as MLS’s vice president of corporate marketing, from the league’s inception until late 1999.

Soccer has been a consistent thread through every aspect of my life, from the first time I stepped onto a field. pic.twitter.com/jPY9jqFZHA

Carter also has experience on the playing side of the game, having played in college as a goalkeeper at William & Mary.

“My 25 years of professional experience give me relationships and perspective from the corporate, media, and soccer industry, and I look forward to expanding this knowledge as I engage the many stakeholders that drive this game at the grassroots,” she wrote.

“I am committed to embracing fresh perspectives on how to advance the game, and I will work tirelessly to deliver results for the federation’s members, players, and fans. It is also important to clearly articulate why I am running and what I think we can achieve together.”

While Carter’s resume is extensive, she will run into resistance from some segments of the USSF’s voting membership that view her tenure at SUM as problematic. The failure of the U.S. men’s national team to qualify for the 2018 World Cup has led many to call for a break from the leadership of Gulati, and Carter will be seen by some quarters as representing the status quo.

The issue of the conflict of interest between MLS, SUM, and the USSF — which has a deep business relationship with SUM — will also draw fire from opponents. On Sunday, one source characterized her potential candidacy as a “Hail Mary” on the part of Gulati and Garber to have a preferred candidate in the field.