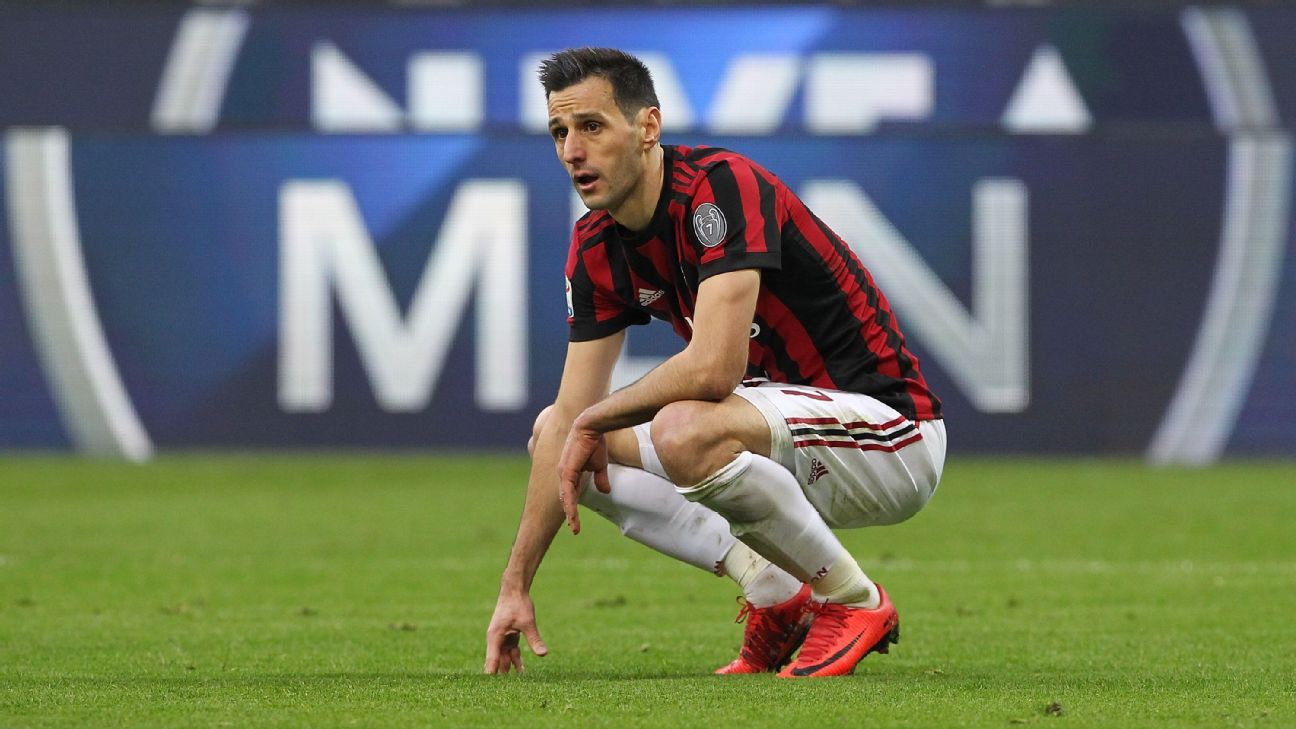 
A toothless AC Milan were held to a goalless draw by Torino at the San Siro on Sunday, as they failed to show the class needed in the final third to find a breakthrough. Although the Rossoneri did have chances, it was evident that the problem is well beyond bad luck.

Milan were able to dictate the tempo of the game, and in turn they enjoyed a sense of control for the most part and limited Torino’s threat. Unfortunately, that’s only the minimum expectation, especially at home.

There is still an obvious lack of cohesion and understanding in this team, as seen with the number of times the Rossoneri aimlessly gave the ball away. While players were too static at times Sunday, they continuously struggle to break organised teams down.

5 — Vincenzo Montella continues to rotate and play Nikola Kalinic in Serie A, and it simply isn’t working. The Milan boss again frustrated as he waited too long to make changes, and while more is expected of the players, the problem of Milan’s incompetence in attack starts with him as they still don’t look to be on the same page and an effective unit.

GK Gianluigi Donnarumma, 7 — Didn’t have a great deal to do, but the mark of a great goalkeeper is to stay focused throughout and step up when required. Donnarumma did that late on to deny Andrea Belotti with a brilliant save.

DF Cristian Zapata, 7 — Criticised for so long as he was often guilty of costly errors, the Colombian defender is now showing real consistency to come into the team and produce. Solid defensively and useful on the ball.

DF Leonardo Bonucci, 6 — A decent defensive shift as he looked composed and strong to deal with Belotti. Tried a little too much in an attacking sense when trying to break forward. While it was needed, he lacked the right decision-making at the end.

DF Alessio Romagnoli, 6 — Similar to his defensive partners in that he was impressive defensively to nullify Torino’s threat, and while he wasn’t as effective as usual with the ball at his feet, it was another good outing for Romagnoli.

MF Franck Kessie, 6 — Better from the combative midfielder, as he used his physical strength and tireless work ethic to battle hard with Torino and win the midfield battle. Still more needed in terms of his runs to break forward, but a positive step.

MF Riccardo Montolivo, 7 — Brilliant block to deny Iago Falque, just nudges him above the rest as he was tidy in possession and kept Milan ticking. There are still question marks concerning his mobility and stamina to get around the pitch, but he had a productive display.

MF Giacomo Bonaventura, 5 — Nothing like the Bonaventura we’ve loved watching over the last two years or so. Whether it’s a lack of match fitness or confidence, he over-complicated things in possession and hesitated too often in a poor performance.

MF Suso, 6 — Always Milan’s first choice to make something happen, but it didn’t come off for him. There was confusion over his positional switch early on, but he didn’t get it right in dangerous positions and was indecisive — as he has often been this season.

MF Ricardo Rodriguez, 6 — Lacked his usual attacking threat, but credit must be given for his defensive job in keeping M’Baye Niang quiet. Showed good concentration and positional sense to avoid being caught out by his pace late on.

FW Andre Silva, 5 — Still lacking that clinical edge to make his mark in league games, but whether it was dropping back into space, linking up play or making runs off the ball, he was always very active. Needs to be stronger in holding the ball up though to really establish himself.

FW Nikola Kalinic, 4 — It’s difficult to be too harsh on him as he’s clearly struggling, and being jeered off the pitch isn’t going to help. However, it was a similar story to recent games in that he didn’t do much in the build up of play and fluffed his lines in front of goal. Montella arguably has to protect him now and help rebuild his confidence.

MF Hakan Calhanoglu, N/A — Had a late chance but that was mixed with some more disappointing play on the ball. He was arguably an improvement on Bonaventura though.

FW Patrick Cutrone, N/A — Not enough time to make a decisive impact, but the youngster was eager to put himself about, chase balls down and give Milan a lift off the bench.