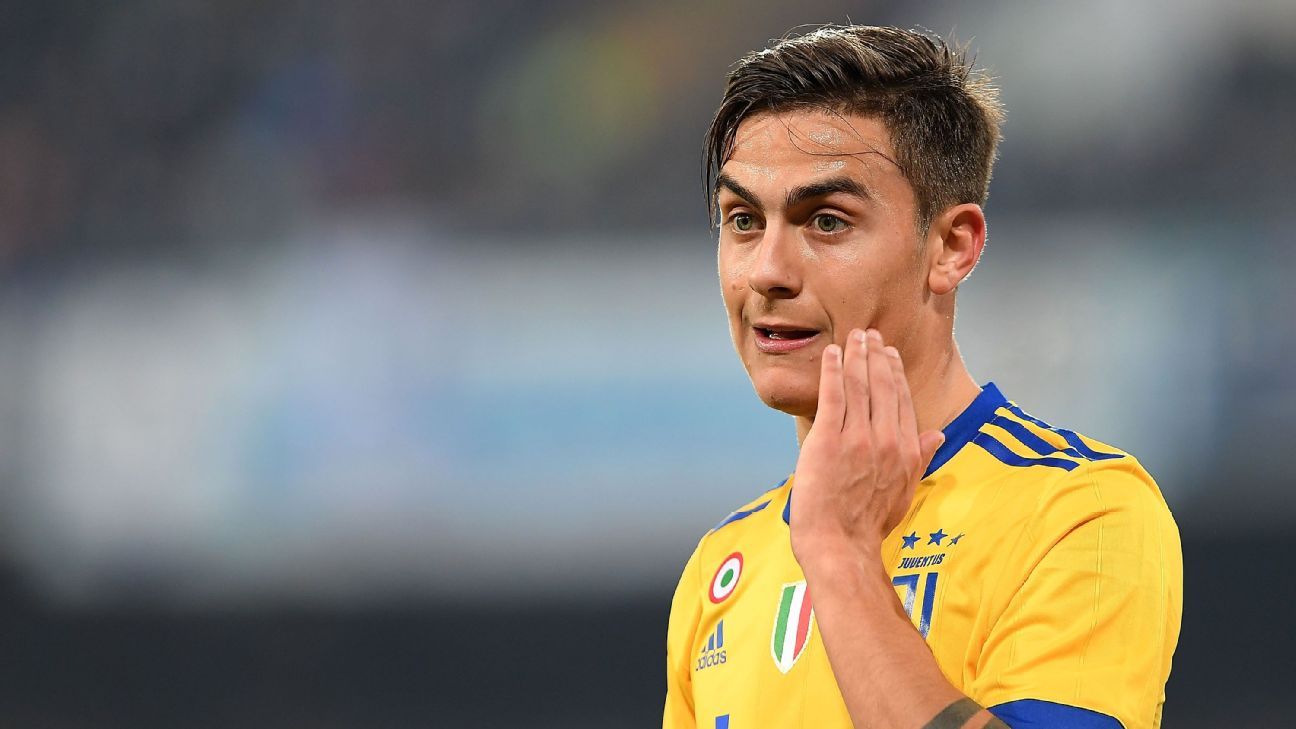 
Juventus coach Massimiliano Allegri says Paulo Dybala “just needs to be serene” after he once again drew a blank in Tuesday’s 2-0 Champions League win over Olympiakos.

Argentina forward Dybala has failed to find the back of the net in the Champions League this season, despite starting all of the Bianconeri‘s six group games.

After netting 10 goals in the first six Serie A games of the season, the 24-year-old has added only a further two in his last nine games.

“It’s just one of those periods in which things are not going for him,” Allegri told Mediaset. “The same thing happened last year, he just needs to be serene and get back to doing things with great simplicity.”

Dybala did not open his account until the seventh round of Serie A fixtures last season, and he went on to score 11 in the league and four in the Champions League, including a brace against Barcelona in the quarterfinals.

Juve are on course for the quarterfinals again after finishing second in their group behind Barca, and Allegri says that only positive thoughts will help them reach a third final in four years.

“Juve fans are too negative and keep thinking of the finals that we lost,” Allegri added. “Let’s just concentrate on getting there again because it’s not easy to reach the final of the Champions League, but we need to be more positive.”

Juve will play the first leg of their Champions League round-of-16 tie at home after finishing second in their group behind Barcelona.

They cannot be drawn with Roma, who won their group, or Barca, but will face one of the other six group winners — including Manchester United, Manchester City, Paris Saint-Germain, Tottenham Hotspur or Besiktas — in Monday’s draw.