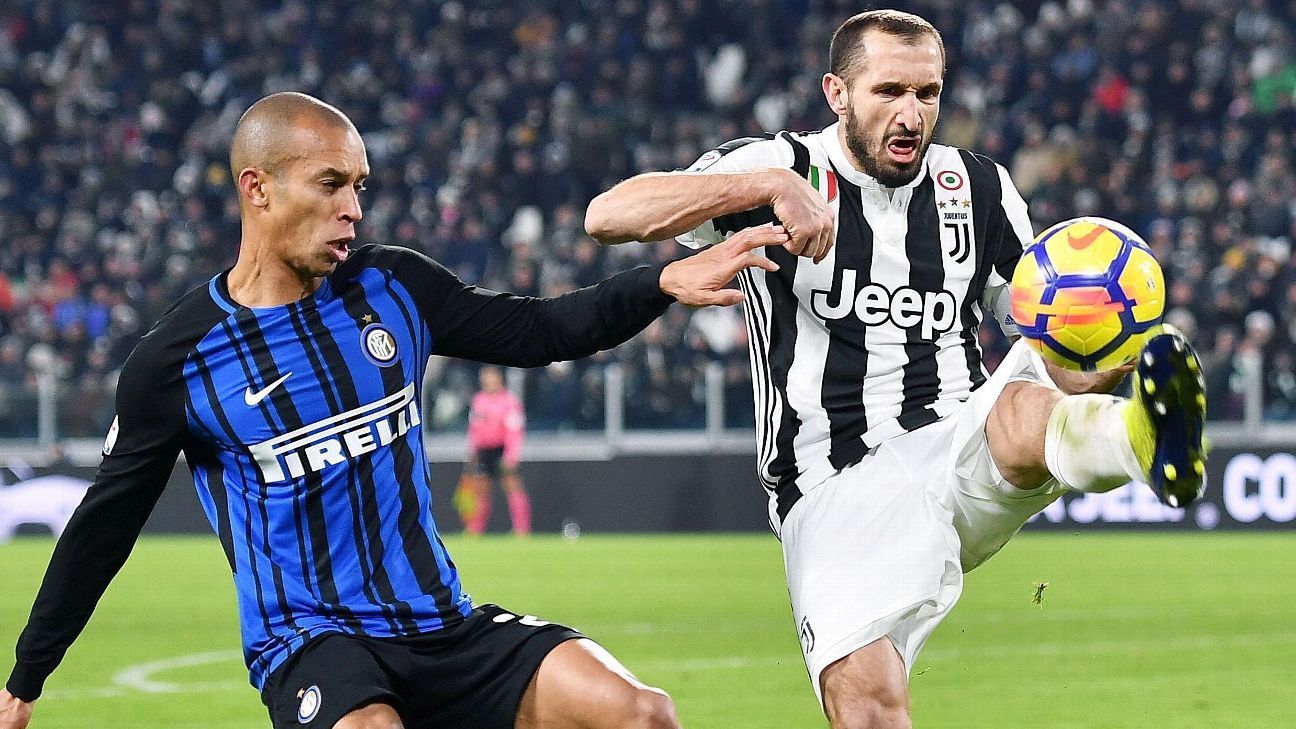 
The Derby d’Italia ended up being a tactical battle, and while Juventus piled on the pressure in hopes of earning the home win, they couldn’t make the most of their chances and walked away with a 0-0 draw.

Inter started the match well, but both sides seemed more determined to hinder the opponent’s attacking game than produce any magic, making it a miserable night for both strikers on the pitch.

Juventus made the bold decision to leave out both Paulo Dybala and Douglas Costa, yet they still created several chances after suffering initially and took complete control of the game in the second half. Piling on the pressure and looking for the win, Juventus struggled to get one past an excellent Samir Handanovic, managing only one point as Inter walked away undefeated yet again.

Many to consider, including the attacking ambition, but perhaps nothing was as pleasing to watch as how effective Juve’s defending has been, both tonight and in recent games. Having prepared well for the match again, the Bianconeri completely stifled Inter’s attacking game, cutting out their ability to create danger while the form of the centre-backs has proved especially pleasing. Another clean sheet, and Juve are looking like Juve again.

The lack of a goal. The Old Lady was in total control in the second half, piling on the pressure and creating so many chances, but none were effectively converted to collect all three points.

6 — Despite it being a 0-0 draw, you could say Massimiliano Allegri won the tactical challenge as his team hindered Inter’s game and would have won had it not been for the lack of clinical finishing. Juventus were better, more confident and the more intelligent side despite having played a game every three days. While bringing Dybala showed attacking ambition, Allegri might have profited more by introducing another attacking player in the form of Costa or Federico Bernardeschi to provide the cutting edge when Inter had clearly collapsed.

DF Mattia De Sciglio, 6 — A little reserved in his offensive game, but attentive and focused defensively.

DF Mehdi Benatia, 7 — A strong performance from the defender who continues to grow with each game. Demonstrating intensity, intelligence and authority, he neutralised Icardi.

DF Giorgio Chiellini, 7 — His 450th appearance in the Juve shirt, the defender is always in the right place at the right time to rescue his team. A true warrior and one of the most valuable players in the team.

DF Kwadwo Asamoah, 6 — Not a bad performance, albeit for a few defensive mistakes, but stubborn with the ball and pushed forward well, even if he’ll never create too much danger.

MF Sami Khedira, 6 — Came close to scoring a goal, but this wasn’t a vintage Khedira performance and he was eventually taken off to make way for Dybala.

MF Miralem Pjanic, 6 — Started the match in frustrating fashion as he passed into congested areas and lost possession, but then improved, moving the ball well and playing out from the back with ease. Not yet in his best condition.

MF Blaise Matuidi, 6 — Works so hard for the team as he covers ground, recovers possession, presses the opponent and even delivered some key passes going forward. Reacts so quickly when in possession, but needs to play with more composure.

FW Juan Cuadrado, 7 — While he made many frustrating mistakes in the beginning, overhitting passes and slowing down play, he proved sensational thereafter, delivering some deliciously accurate crosses to Mandzukic that were sadly never converted. Created havoc on the right and the creator of all the Juve pressure.

FW Gonzalo Higuain, 5 — Deeply frustrated by the poor service initially and that took its toll on his game, making him less effective and clinical in possession. Worked harder in the second half, but couldn’t make an impact.

FW Mario Mandzukic, 5 — How many chances did the Croatian squander? A generous player who works hard for the team defensively and who made the right runs to find himself in the right positions going forward, but simply couldn’t convert his opportunities. Not good enough for a forward.

FW Paulo Dybala, N/A — Came on and offered nothing to impact the game that required his genius.