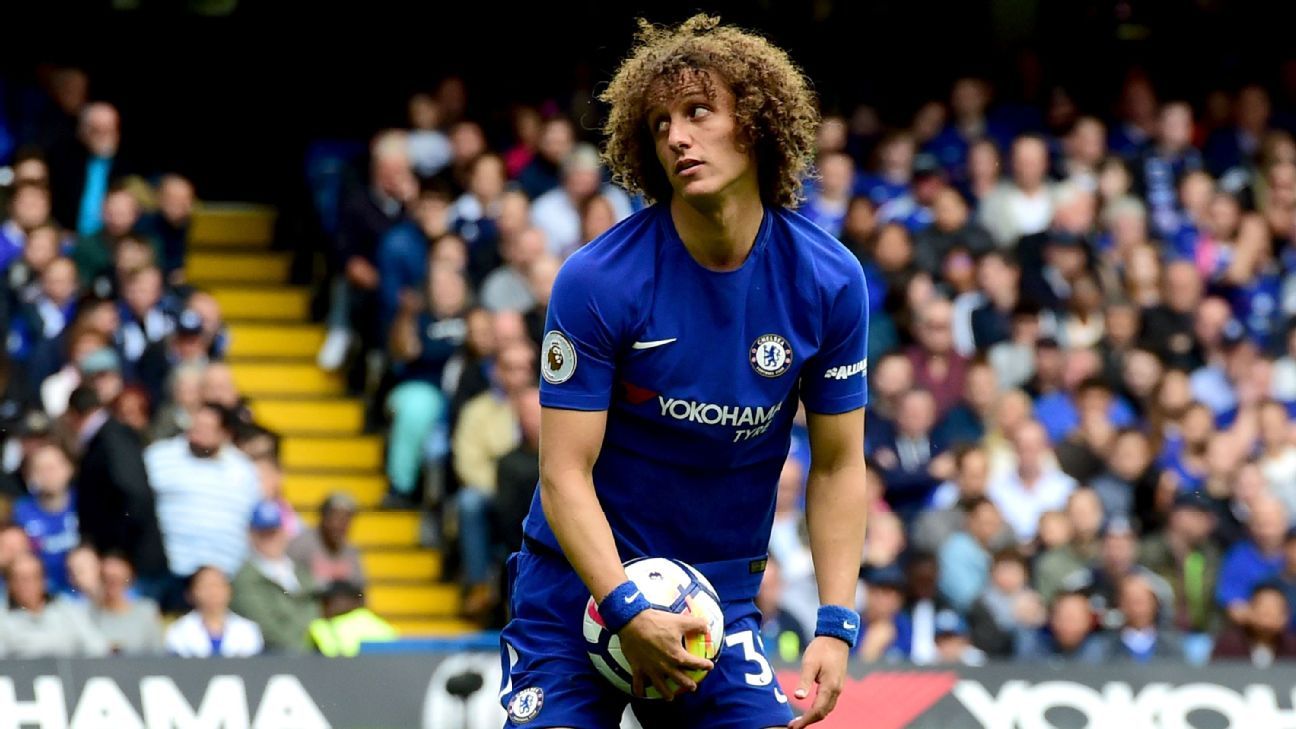 
With the calendar soon turning over to the new year, the gossip ahead of the January transfer window is heating up. Transfer Talk brings you all the latest rumours.

David Luiz could be set for the exit at Stamford Bridge next month, after a falling out with Chelsea boss Antonio Conte, according to the Mirror.

The Brazilian has been displaced by Andreas Christensen at the heart of the Chelsea defence, with the young Dane grasping his chance.

Juventus could offer the former Paris Saint-Germain star a way out with a £22 million price tag floated. Manchester United also could be in the running after losing star centre-back Eric Bailly for two to three months following ankle surgery.

Manchester City have a 14-point lead at the top of the Premier League table, but Pep Guardiola is not satisfied.

The league leaders could move for Augsburg left-back Philipp Max next month, writes the Mail, after scouts took in the 24-year-old’s display against Freiburg on Saturday.

Guardiola sees Max as cover for Benjamin Mendy, following his knee injury, with the German already registering 10 assists this term. Chelsea, Tottenham, Man United and Everton also are thought to be tracking his progress.

Liverpool shunned by another Dutch centre-back

Liverpool identified Lazio star Stefan De Vrij as a potential alternative to Virgil van Dijk after being unable to land the Southampton centre-back last summer due to poor relations between the clubs, the Mirror reports.

The Reds will have to look elsewhere next month if they want to strengthen their back four, it seems, as De Vrij is keen to remain in Italy.

The 25-year-old wants to continue playing in Serie A, although that could still be away from Rome. Scudetto challengers Inter Milan are reportedly readying a £25m offer.

Mina in, Mascherano out at Camp Nou

Sport reports that the Colombia international is a priority for Ernesto Valverde, and technical secretary Robert Fernandez and club CEO Oscar Grau are set to travel to Brazil to conclude a deal.

Mina’s arrival will likely push Javier Mascherano toward the exit, though, and the Argentinian is likely to head to China, with Hebei Fortune ready to acquire the former Liverpool star.

– Jose Mourinho could make a sensational move to bring West Brom star Jonny Evans back to Old Trafford, with the Mirror writing that the United boss believes Louis van Gaal made a mistake in selling the Northern Ireland international. Evans also will have offers from Arsenal and Manchester City, should he opt to leave the Baggies next month, though Alan Pardew will be desperate to retain his star defender in order to beat the drop.

– Sam Allardyce will only be granted prime January target Steven N’Zonzi from Sevilla if he sells Ross Barkley, according to the Star. The France international has fallen out of favour with the Liga club and could link up again with the Toffees boss after their time together at Blackburn.

– The Washington Post’s Steven Goff reports that Iker Casillas, out of contract in the summer, could be on his way to Major League Soccer side Chicago Fire. The report cites an unnamed Portuguese report that states that the former Real Madrid captain wants out of Porto this winter and a move to North America could be in the cards.

Lionel Messi made his Barcelona debut 16 years ago today. A lot has happened since then
Bayern Munich rebuild on a budget as Bundesliga largely looks to loans in transfer market
Man United Liverpool see proposal to overhaul Premier League rejected
Rashford, Fernandes both 9/10 as Man United pour on the style late
U.S. Soccer’s voting structure to be affected by new bill