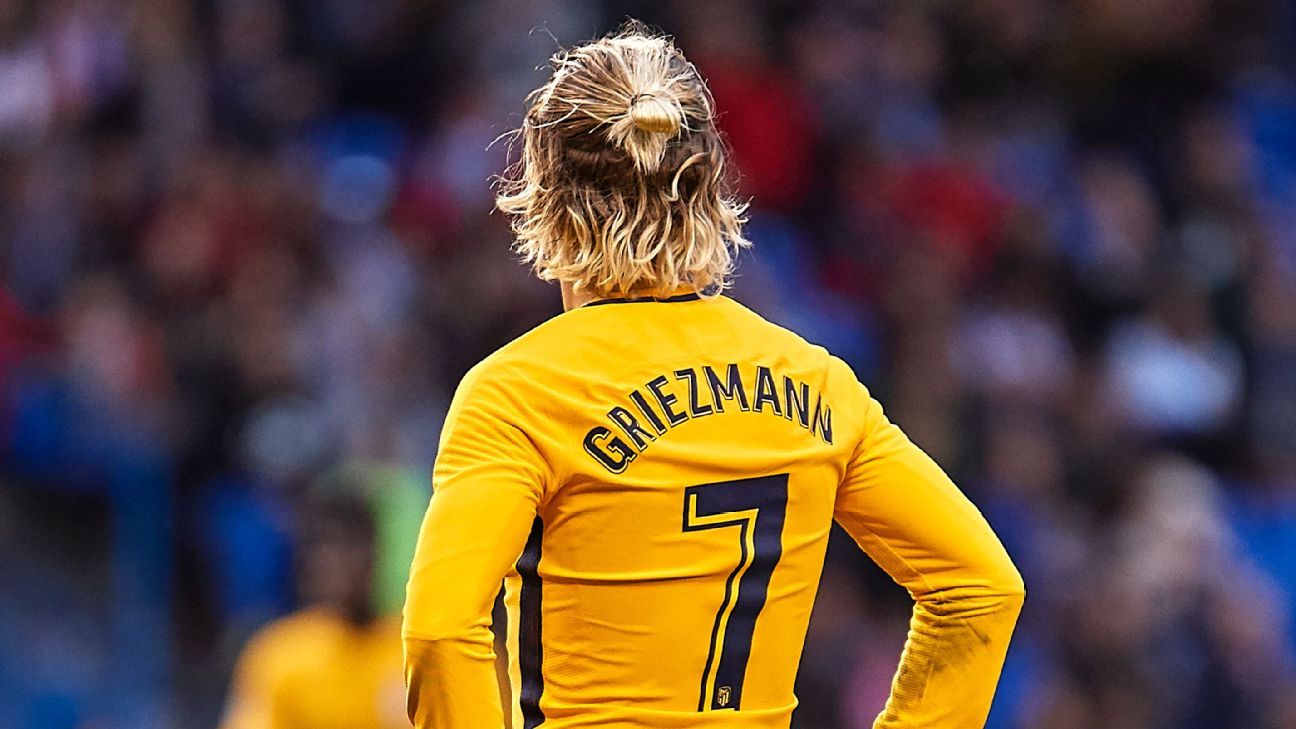 Griezmann — Atletico’s top scorer in each of the last three seasons — has scored just three goals in all competitions for the club this season and is on a seven-game goal drought.

The France international was also substituted during October’s 0-0 draw at Leganes, but Juanfran told reporters in the mixed zone: “[Griezmann] is a very important player for us, and we are with him.

“We love him and we trust in him. But any decision the boss makes, with him or anyone else, we accept. The boss does the best for the team. Griezmann should be relaxed. We will support him.”

However, Griezmann’s brother, Theo, had posted a series of tweets questioning Simeone’s decision-making during the game.

In the posts — since deleted but reproduced in several Spanish publications — he wrote: “We go forward 40 metres, then back 80, as always. I don’t understand it. Antoine’s playing as a 6 [midfielder]”; “I have the impression I’m always watching the same game, it’s crazy”; and “Griezmann cannot create chances if he doesn’t have the ball, I have to say it.”

If one photo could summarise a season… ?

Marca also highlighted an image of Griezmann walking away from Atletico’s team photo early on Saturday, while adding that he had also been the first to break from the group before October’s 1-0 La Liga win at Celta Vigo.

The 26-year-old had been a target for Manchester United in the summer and sources told ESPN FC in September that the English club could make a new approach at the end of the current season.

Griezmann signed a new contract in the summer but his deal still contains a €100 million buyout clause.