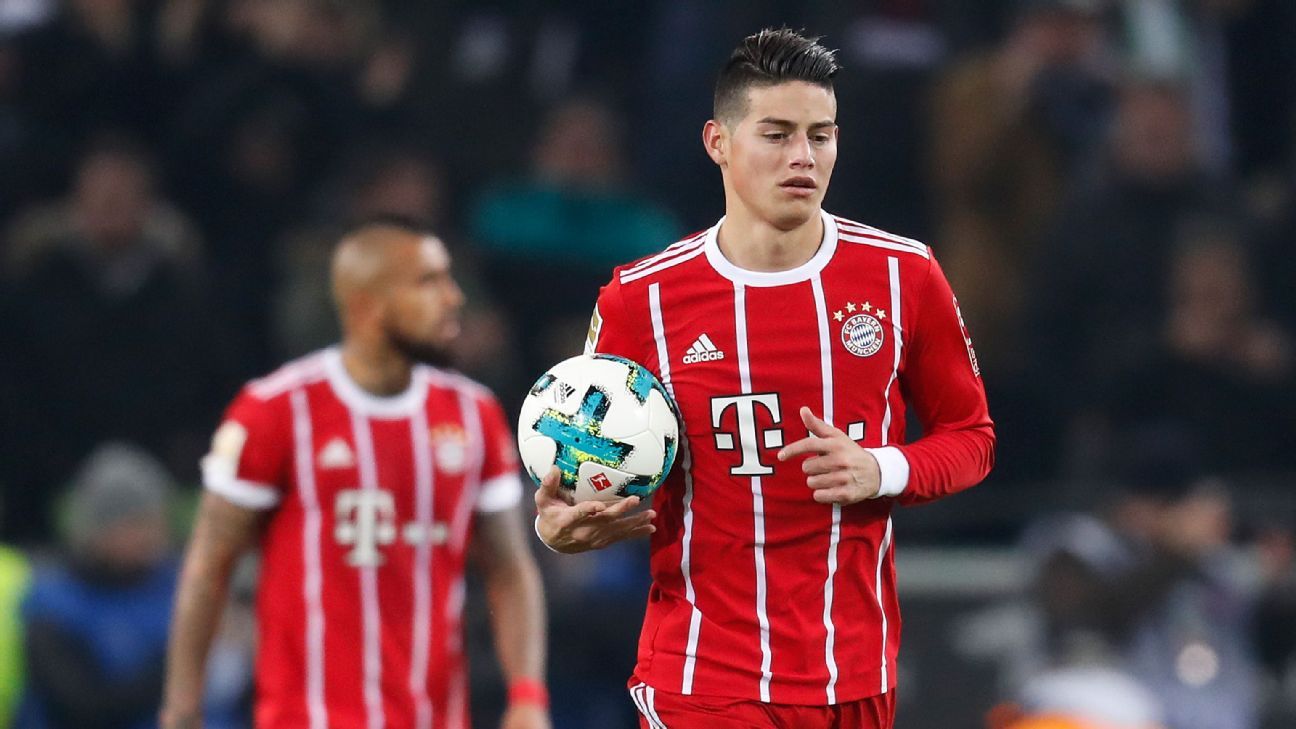 
James Rodriguez says he is pleased with his start in Germany, while telling Sport1 that Bayern Munich are at the same high level as his former team Real Madrid.

James, 26, has scored two goals and provided three assists in 12 Bundesliga appearances this season, and has also featured in every Champions League game since joining on a two-year loan deal from Real Madrid in the summer.

“I am very pleased with my first six months,” the Colombia playmaker said before flying back to his homeland for a winter break.

“We can go into the holidays with a good feeling after the last few weeks and hope to be successful next year as well.

“Bayern are like Real Madrid — a club at the highest level. They always want to win titles and are used to always having to win. Without question, Bayern is a top club.”

The top scorer at the 2014 World Cup has become an integral part of Bayern’s recent success under interim coach Jupp Heynckes — racking up 15 wins in 16 games since the 72-year-old took over for a fourth term in October.

Heynckes said last week he expected James to “become more and more important to Bayern in the future.”

Having overcome early problems with the language, James has now “settled in well” in Germany despite “it being a little cold.”

“I like it here a great deal”, he said. “It’s a new life for me and Munich is a fantastic city.”

In addition, James revealed on a visit to a fan club in Hopferbach last week: “Bayern is an amazing club — I can imagine playing here for many years.”