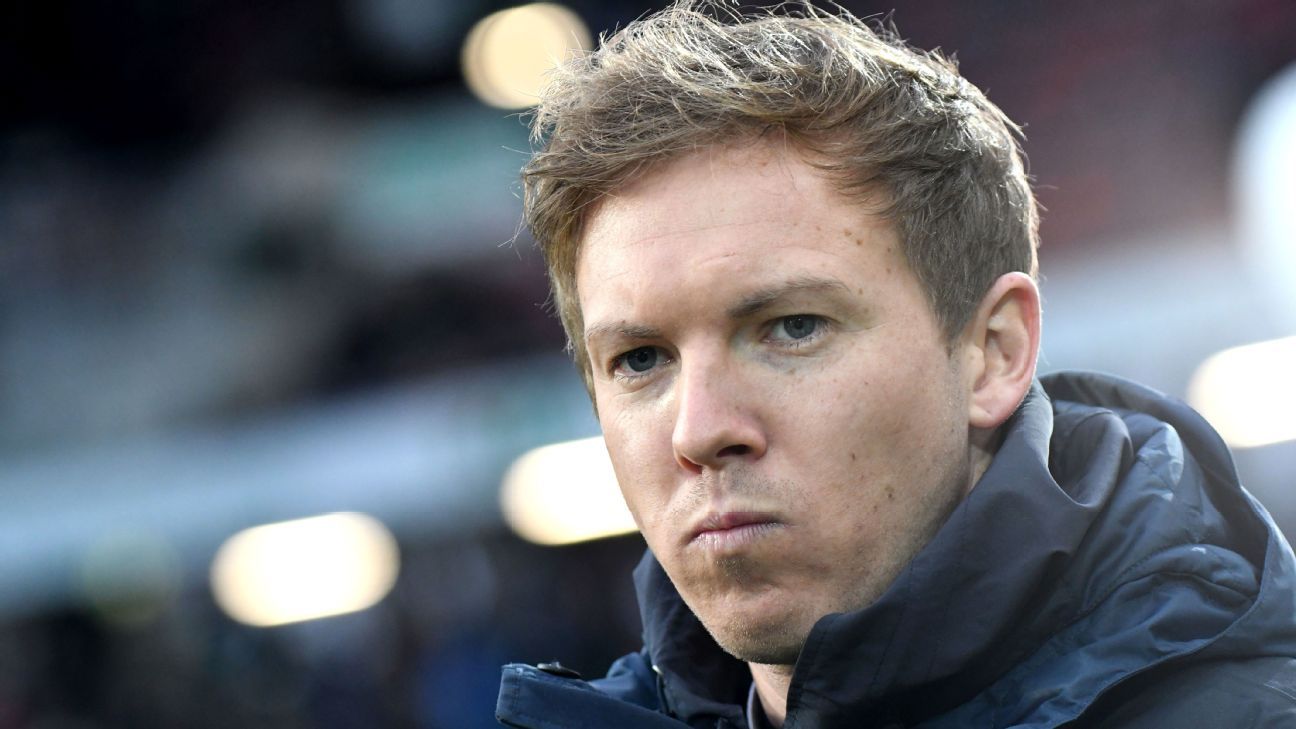 
Hoffenheim boss Julian Nagelsmann has again denied having any contact with Borussia Dortmund as speculation persists he will take over at the Westfalenstadion at the end of the season.

Publications including kicker, Suddeutsche Zeitung and Bild have reported that Dortmund have held constructive talks with Nagelsmann and that it is down to Hoffenheim agreeing to release their 30-year-old head coach in the summer.

Nagelsmann is under contract until 2021 but that deal is reported to contain a release clause that comes into effect from 2019.

However, Nagelsmann — who had until recently been among the favourites to take the Bayern Munich job in the summer — said after Hoffenheim’s 2-0 defeat at Hannover on Sunday that no discussions have taken place.

“I already said two days ago I have had no contact. Should I put ‘KK’ for ‘kein kontakt‘ [‘no contact’] on my forehead?”

Dortmund turned to Stoger — recently dismissed by Cologne after a dismal start to the season — as a short-term measure after an alarming dip in form prompted Bosz’s exit just six months after his appointment.

Bosz, who had left Europa League finalists Ajax to join Dortmund, wished the Bundesliga club “all the best for the future” in a farewell message published on the official website.

He said: “Due to the given circumstances, we unfortunately did not manage to achieve the desired results. I am extremely sorry about this.

“I wish the club all the very best for the future and will be keeping my fingers firmly crossed.”

Meanwhile, Stoger’s preparations for his first match in charge were hit by severe weather conditions.

Dortmund are away to 14th-placed Mainz on Tuesday but Stoger had to cancel his first training session, instead holding an indoor gym session.