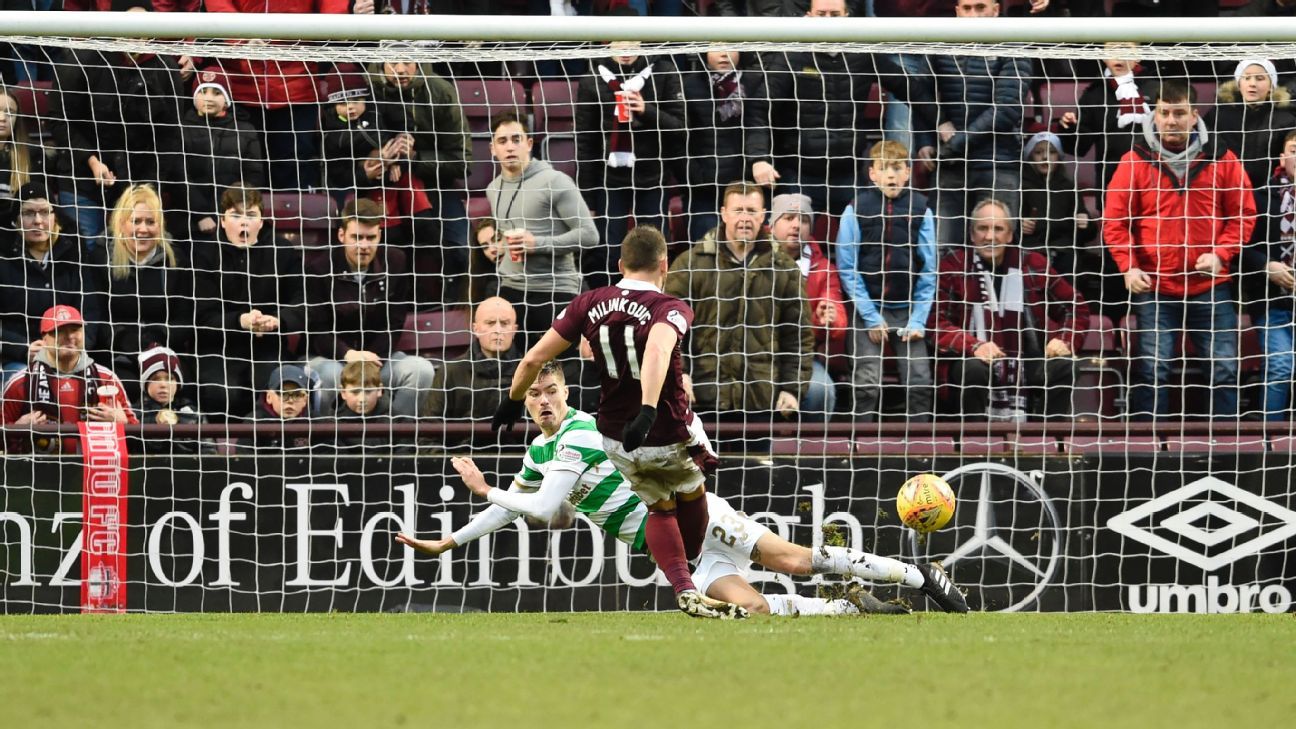 
Brendan Rodgers said Celtic’s 69-game unbeaten domestic record had been “absolutely amazing” after Hearts brought it to a stunning end by thrashing them 4-0 at Tynecastle.

Harry Cochrane, Kyle Lafferty and David Milinkovic, who scored twice, were on target for the home side as the Scottish champions were demolished.

In November, Celtic set a new British record for domestic games unbeaten after recording their 63rd in a row with a 4-0 win at St Johnstone.

Rodgers’ side had equalled the 100-year record set by Willie Maley’s Celtic team after drawing with Kilmarnock, and the manager told the BBC: “First of all, I need to give credit to Hearts.

“It’s a thoroughly deserved win — they were the better team. We didn’t cope with their physicality, and we made too many mistakes.

“But I also want to congratulate my players. To have gone through 69 games and this to be their first defeat… of course it’s a sore one when you are beaten like that, but they can hold their heads up.

“They have been absolutely amazing over those 18 months. What they’ve done is incredible.”

Speaing to Sky Sports, Rodgers added: “Credit to Hearts, they were the better team, they were physically better than us in the first half and thoroughly deserved it. Congratulations to them on their victory.

“But also congratulations to my players, it [the unbeaten run] is a phenomenal achievement. It demonstrates the level of professionalism and quality.

“Coming off the back of European games you can easily lose but these players have stood up to that. It’s a big thank you to the players for what we’ve done.

“We weren’t so good today, we made too many mistakes to warrant getting a result — but I’m proud of the players, we’ll press the reset button, analyse the game and try to win in midweek [at home to Partick Thistle].”