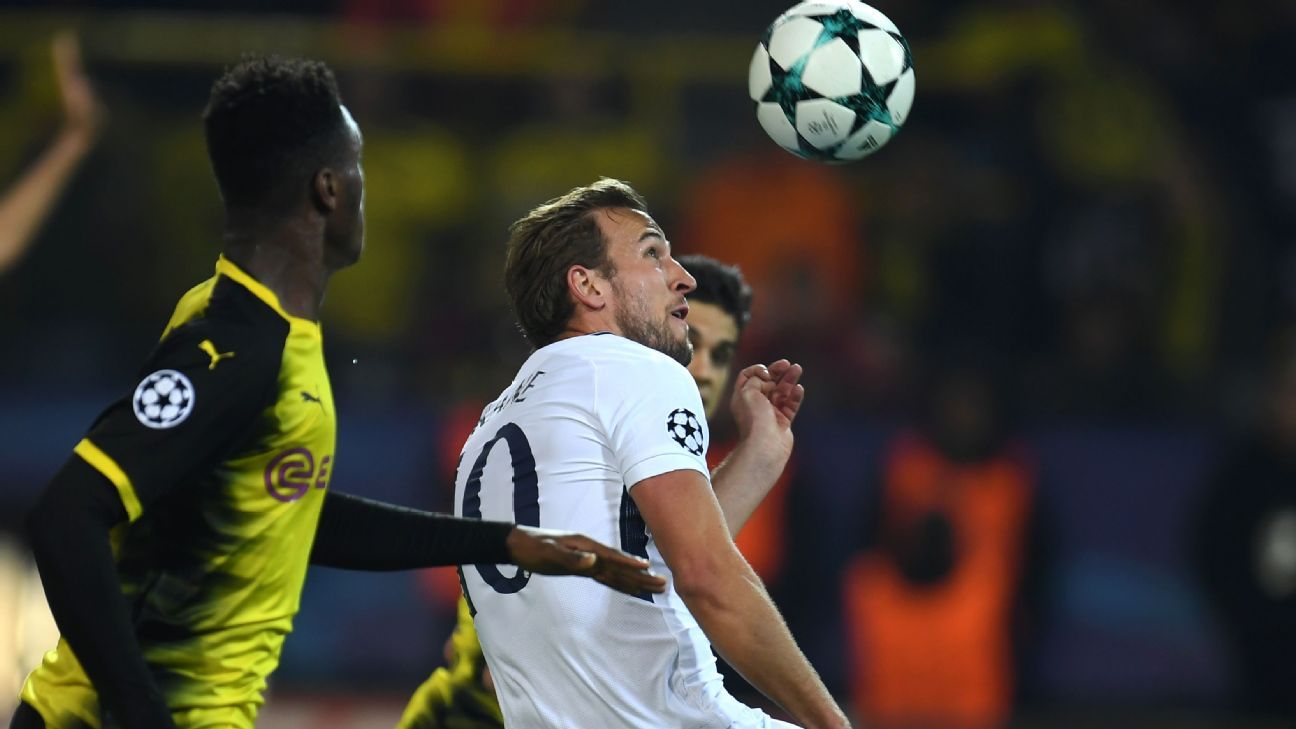 Spurs sealed first place in Group H with a win over Borussia Dortmund on Tuesday, which means they go through having collected six points off the German side and four from Real Madrid.

After finishing at home to Apoel Nicosia next month, Tottenham will await the draw for the last 16 on Dec. 11, when they could still be pitted against the likes of Paris Saint-Germain, Bayern Munich, Roma and Juventus.

But Kane believes the days of Spurs feeling like underdogs against those sorts of opponents are now long gone.

“When you beat Borussia Dortmund at home and then draw at Real Madrid and beat them at home you come away thinking: This Champions League is not so scary,” Kane said.

“We went to Dortmund two years ago and got battered. It wasn’t a game we looked forward to then.

“But now when you are competing with and beating these big clubs in Europe you tend to look forward more to playing them. You want to play in big stadiums against big clubs when you know you can do well.

“Everybody connected with the club should enjoy this moment. To think how far we have come from last year in the Champions League to now when we’ve finished top with one game to go is something very special.”

Mauricio Pochettino could have rested players against Dortmund but Kane said he wanted the “rhythm of playing,” despite only just recovering from a knee injury.

The situation is more complicated for Erik Lamela, who has recently recovered from a long-standing hip problem but remains nervous about returning to competitive action.

Lamela played 60 minutes in an under-23s match in midweek but he is unlikely to be included on Saturday, when Spurs host managerless West Brom.

“At the moment he is training again, the other day he played 60 minutes but he still has some doubts that make him to be cautious about the step up, to be available again for us,” Pochettino said.

Lamela’s absence is keenly felt in these fixtures given Tottenham have struggled for attacking impetus against lesser sides at Wembley.

This season, Burnley and Swansea have both taken draws away from the national stadium while Bournemouth and Crystal Palace lost there by just one goal.

“You need good quality and capacity to drive — an individual like Lamela can bring that quality to the team,” Pochettino said.

“To be dynamic, or to have players with high tempo, doesn’t mean that they have to run fast. If we wanted players to run fast we’d sign Usain Bolt.

“That is different. We need to increase our tempos within the games, not players with more pace.

“If we’re playing against teams like Palace, Swansea or Burnley that are playing a lot deeper, you don’t need pace, you need quality, good individual quality one vs. one — like Lamela.”

Kieran Trippier and Ben Davies are expected to come back in for Serge Aurier and Danny Rose while Moussa Sissoko could also return in midfield.

Victor Wanyama (knee) and Toby Alderweireld (hamstring) are both out.