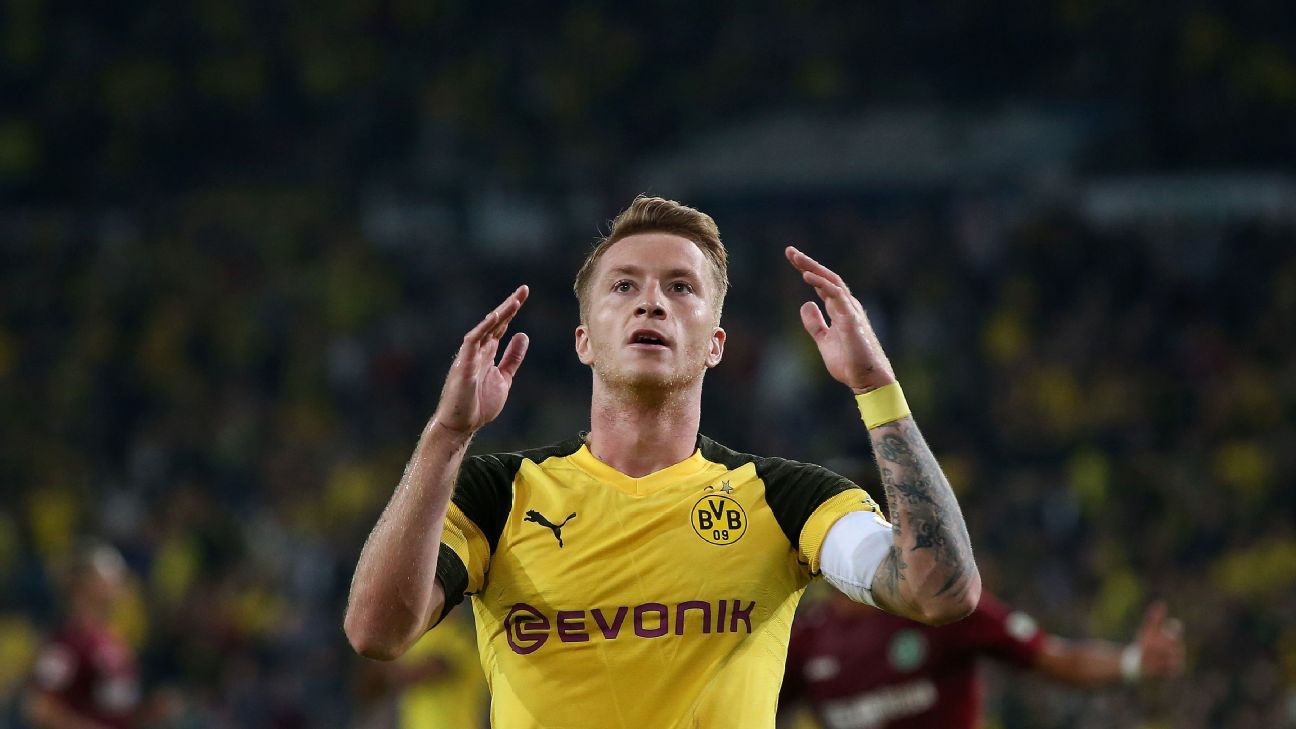 BERLIN — Borussia Dortmund twice hit the woodwork but could not score in their first-ever goalless Bundesliga draw against Hannover 96 on Friday.

The Champions League club, who scored four goals in their season opener against RB Leipzig last week, lacked spark and were bullied by the hosts for much of the first half.

Dortmund captain Marco Reus twice came close minutes before the break, including when he hit the bar with a shot from a tight angle.

Maximilian Philipp also hit the woodwork after the break as Dortmund gradually increased the pressure.

The hosts, however, almost snatched a late winner through Waldemar Anton but his powerful 78th-minute shot was deflected just wide of the post.

Minutes later Bobby Wood slipped and fell as he charged into the box with only Dortmund keeper Roman Buerki to beat before the teams settled for their first 0-0 in the Bundesliga in their 53rd league encounter.