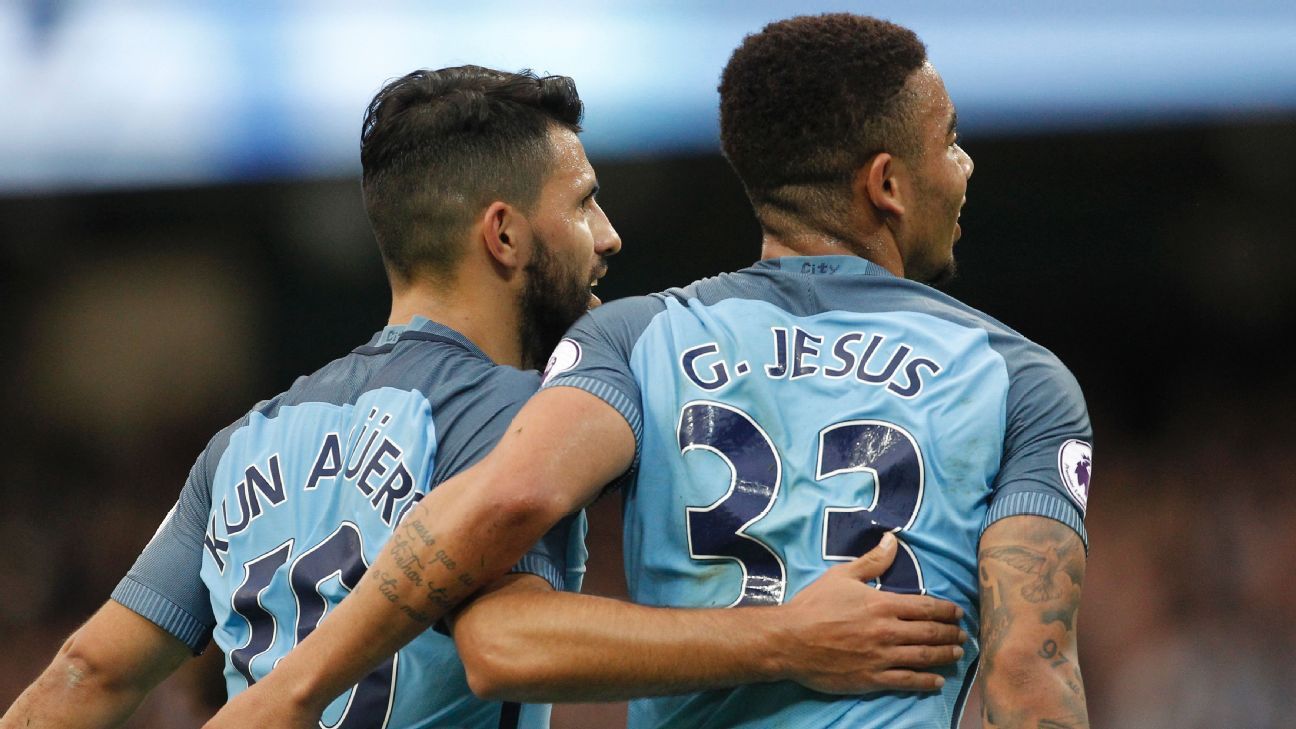 
Pep Guardiola has warned rivals that starting games with Sergio Aguero and Gabriel Jesus remains an option for Manchester City.

The City manager revealed in midweek that injury to left-back Benjamin Mendy had forced him to rethink his tactics and play with just one of his lethal strikers.

It was assumed before the season that Aguero and Gabriel — who have scored 10 goals each this term — would be competing for one place up front but they actually proved an effective pairing in the early weeks.

Things have changed since September with the loss of Mendy’s attacking play leading to a greater reliance on left winger Leroy Sane, which in turn has meant one less space up front.

But Guardiola said: “They are going to play together as well, with Mendy or without Mendy.

“Until now I have decided to play in that way but I want to see how they compete with each other.

“They know they have to play good. If not they have another guy with the same level and good quality will play.

“But they are going to play many games without Benjamin. They can play together.”

Any rivalry between the pair seems to be a very amicable one. Gabriel took his turn on the bench for the midweek Champions League win over Feyenoord while Aguero started, but the 20-year-old said prior to the game about how friendly he has become with the Argentina international.

“I get on with Sergio very well,” the Brazilian said in the matchday programme. “He’s an amazing guy. He’s a fantastic person and I’m a big fan of his and it’s great to play alongside him.”

Guardiola says their togetherness has not gone unnoticed.

He said: “They have an amazing relationship. It is not easy to find two strikers who are close together. Sergio is more experienced and is a nice guy, a really nice guy, and Gabriel as well.

“Of course they want to play and I know when they don’t play they are a little sad, but it is the same for the other guys who don’t play. Danilo is not happy but that is not a problem.”

Premier League leaders City, who have won their last 17 games in succession, travel to Huddersfield on Sunday.