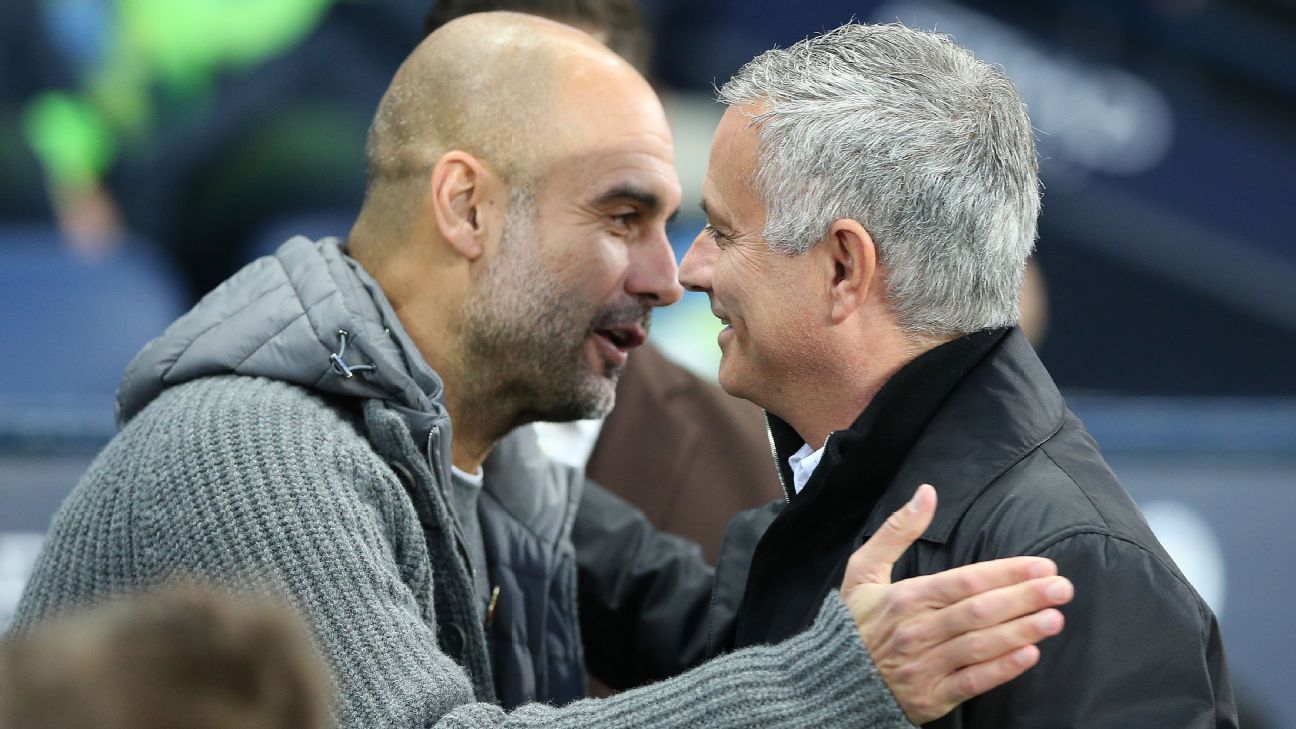 
Pep Guardiola has said he is “sorry” his rivalry with Jose Mourinho never took off in the Premier League after fireworks between the pair in Spain.

Guardiola and Mourinho had a toxic feud while in charge of Barcelona and Real Madrid respectively, but the rivalry never hit the same heights when the pair arrived in Manchester to take charge of Manchester City and Manchester United in 2016.

They will go head to head again when City travel to Tottenham on Sunday and, ahead of the clash, Guardiola has jokingly apologised that he and Mourinho could not recreate the same tension during their time together in England.

“I’m sorry for you,” Guardiola said.

“I know you were looking forward [to it], but I’m sorry. Maybe we are older and more experienced.

Mourinho took over at Tottenham following the sacking of Mauricio Pochettino in November.

– Transfer Grades: All the big moves rated
– When does the transfer window close?
– All major completed transfer deals

It is the Portuguese’s first job since he was dismissed by United in December 2018, but despite Mourinho’s mixed spell at Old Trafford, Guardiola insists his old foe should still be considered one of the best managers in the world.

“The value of Jose, a manager with a lot of experience, with a lot of success, is not to be judged on one season, or one-and-a-half seasons,” Guardiola said.

“The guys who judge his career not on 15 or 20 years, it’s because people don’t understand anything. As a professional I try to judge my colleagues not for one season but 10 or 15 years, a long career. That for me gives more value.

“Periods for managers are up and down, everyone has it. For 15 or 20 years, Jose has been there all the time and that must be respected, from my point of view.

“Because I think it’s the most difficult thing — to stay for a long time and to be there all the time.”