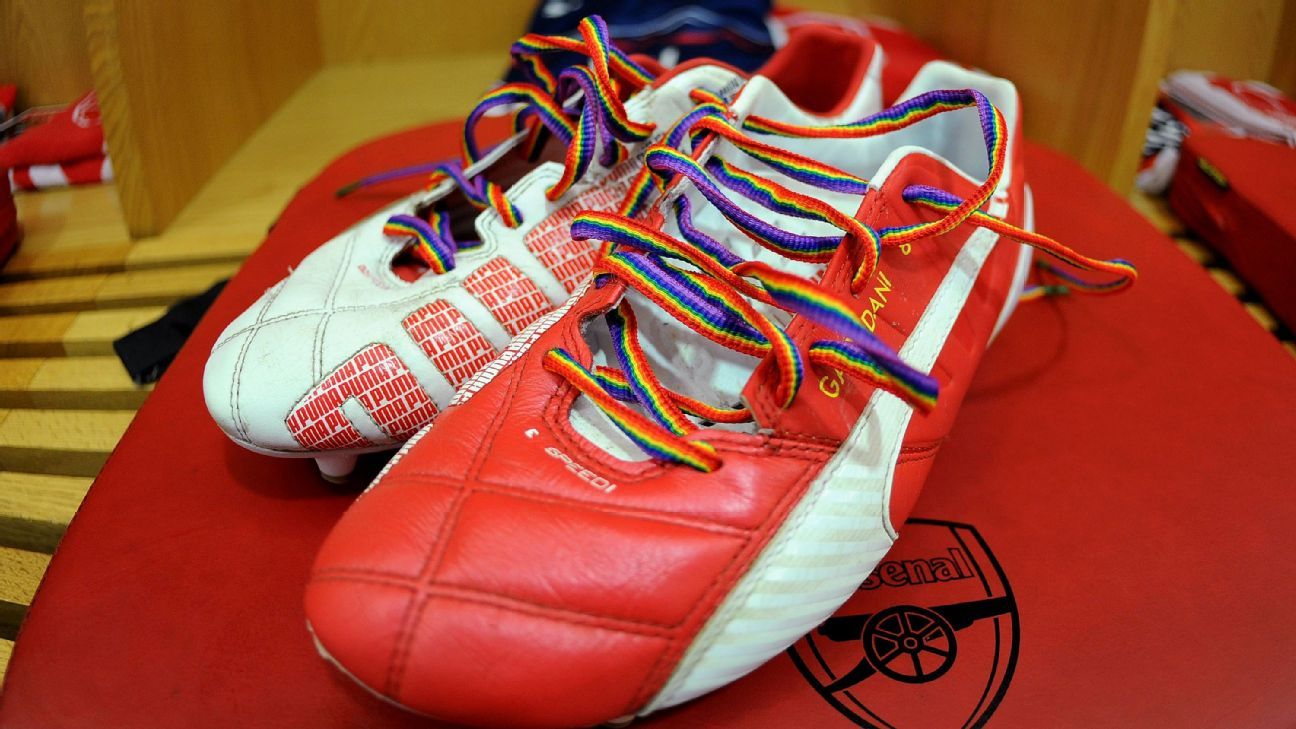 
Four in five British football fans would have no problem if an international player from one of the home nations came out as gay or bisexual, a poll has shown.

The poll, conducted by fan opinion platform Forza Football and LGBT campaign group Stonewall, asked 50,000 supporters in 38 countries about their attitudes to inclusivity and anti-gay abuse.

Overall, three in four fans would be comfortable with a player from their national team coming out, with nearly nine out of 10 fans in both Iceland and Ireland expressing that view.

However, at the other end of the spectrum only one in 10 fans in the United Arab Emirates, Saudi Arabia and Egypt said the same.

The UAE is one of 72 nations worldwide in which same-sex relationships are illegal or in the process of being criminalised.

The figure for Russia, hosting next year’s World Cup, is nearly one in two, but only one in seven fans in 2022 host Qatar said they would be happy with an LGBT player in the national side.

In a statement, Stonewall chief executive Ruth Hunt said: “What these results reflect is how much work there is still to do before we can say that we live in a world where lesbian, gay, bi and trans people are accepted without exception.

“For many LGBT people in Russia, for example, the World Cup is seen as an opportunity for the daily abuses and discrimination they face to be put under the spotlight, to be questioned and criticised.

“We believe the upcoming World Cups are an opportunity to shine a light on what the situation is like for LGBT people in Russia and Qatar and start conversations that can lead to positive change.”

It is the second time Football Forza and Stonewall have teamed up to poll attitudes, and there are signs that more progressive views are spreading since its first edition in 2014.

Three years ago, only one in five Russians said they would have been comfortable with a gay or bisexual player in the national side, with fans from Colombia and Greece also having become more tolerant.

Overall, 55 percent of those polled said they would have no problem if a gay player representing their country, up from 46 percent in 2014.

Attitudes in Brazil, Italy, Saudi Arabia and Turkey went in the other direction, though, while slightly over one in three Americans said they would not welcome a gay or bisexual player in the men’s team.

Asked whether FIFA should consider this issue when awarding the rights to host a tournament, nearly two in three fans worldwide agreed — but that figure was only one in four Russians and one in seven Qataris.

Patrik Arnesson, the chief executive of Forza Football, said: “Lesbian, gay, bi and trans people are part of the football community across the world, and have as much right to play, watch and follow the game as much as anyone else.

“With the biggest sporting event on earth taking place in Russia in 2018, we want to see FIFA taking a stronger stance to ensure the safety of all LGBT fans involved in the tournament.”

Debt up 133, revenue down, losses of £23.2m amid COVID-19
Ruben Dias could fix Man City’s defensive woes despite being young for a central defender
Transfer Talk – Mbappe not bothered by Zidane’s rocky Real Madrid future
Lampard hints frustration at Chelsea’s goalkeeper errors
Cristiano Ronaldo adds shaved head to topknot, braids and highlights in the many phases of his hair